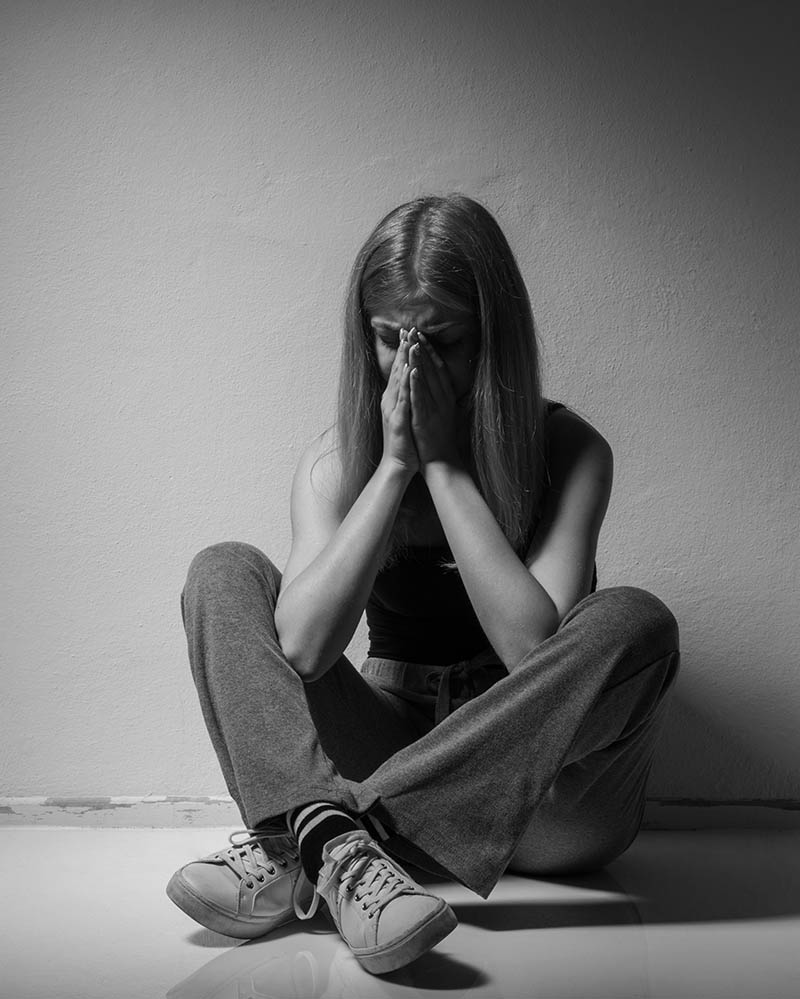 Your joy is your sorrow unmasked,
And the selfsame well from which your laughter rises was oftentimes filled with your tears.
And how else can it be?
The deeper that sorrow carves into your being, the more joy you can contain.

Confess to feeling a negative emotion and voices will clamour to either fix you or fill you with guilt.  Negative emotional experiences are often framed as diseases to be cured, prisons to escape, monsters to be slain, or, worst of all, evidence of a flawed character.  Prescription drugs are developed, self-help books are written, and an entertainment industry strives to distract you, all in a well-meant but misguided attempt to “save” you from your dark moods.

Embracing your negative emotions without condemnation and learning from them is a necessary part of your journey.  Let me give you a few examples.

In The Gift of Fear Gavin De Becker describes one criminal assault after another  in which the victim was able, in retrospect, to pinpoint the exact moment when they should have run away—but chose not to for fear of being rude; it was the moment when they began to experience an unexplained fear.

As children we’re taught to be obedient, respectful, and polite to adults, and children who exhibit fear are often scolded.  An examination of our fear rather than a repudiation of it will tell us if the fear is reasonable or not, but respecting fear immediately is essential to our safety.  Not every fire alarm signals a real fire but being ready to leave quickly and calmly when you hear one can save your life.

Tell anyone that you’re holding a grudge and they’ll either commiserate with you or tell you to move on and put the hurtful event out of your mind.  But Sophie Hannah very wisely points out in her book How to Hold a Grudge that holding onto the memory of hurt in the right way can help you avoid a heap of pain.  As she explains, it’s perfectly reasonable to love someone while remembering that specific and unapologetic letdown.  How else can you avoid being hurt in the same way again and again?

An absence of regret is a clear forewarning, and a grudge can keep you from pointless reruns of the same offending behaviour.

On his first wedding anniversary my great grandfather surprised his young wife with a gift of a box of chocolates, to which she exclaimed, “Oh, dear, we can’t afford that!” Although she could see that her words had hurt his feelings.  she never apologised.

He never bought her another gift.  He would give her money on special days, but never again would he take the time to pick out something nice for her.  You could frame his reaction as petty vengeance stretched out to the end of absurdity, but you’d be wrong: This was and remained a very happy marriage, in part because he remembered her thoughtless response to his thoughtful gesture.  His refusal to buy her gifts kept his feelings from being hurt ad infinitum, as they would have been had he continued to buy her gifts.  Grammy remained a stingy party pooper to the end of her days, and it took Grandpa’s tightly held grudge to keep her petty price taggery from casting a cloud over an otherwise harmonious union.

Among internet psychobabblers perhaps the harshest criticisms are aimed at jealousy.  Jealousy is selfish, cruel, even crazy, so if you do experience it try to pretend you don’t.  I always want to write to those who rant about how awful jealous people are and ask them if they’ve ever cheated on their partners.  From my experience the strongest rancour against jealousy nearly always comes from people who want to have their cake and eat it, too, that is, those who wish to pursue the passing thrill of infidelity while retaining the deep benefits of a committed relationship.

Jealousy is the complex of anger, fear, and hurt feelings that emerge when we think that resources belonging to us are or might be channelled elsewhere.  The question we need to ask ourselves is this: To what resources am I justly entitled?

Do you feel jealous of Snow White because you believe you’re the fairest in the land? Get over it.  Are you jealous of a colleague for working so hard and being so good at what they do that they got the promotion you wanted? Cry me a river.  Is your partner ignoring you and paying an inappropriate amount of attention to attractive strangers? Now we can talk.

With jealousy we have, like fear, a kind of alarm system that should be taken seriously.  Sure, it’s bad for you and your relationships if your jealousy is completely unfounded, especially when it’s linked to childhood hurts, but before you decide that it is, take a good look.  Ask yourself if the present event reminds you of anything you’ve experienced before.  If your jealousy is entirely rooted in the past, it’s probably unwise to act on it.

But unfounded jealousy often enters committed relationships in response to poor communication, secretiveness, and even outright efforts to provoke it.  Sometimes it emerges to let you know that the relationship itself is unsound and that you’re unconsciously trying to justify leaving.

In a healthy relationship two partners should be able to listen to each other’s doubts and fears, carefully explaining what provokes the jealous feelings and working out solutions.  Such sharing demonstrates concern and respect and can only strengthen a relationship.  If it takes jealousy to provoke that kind of interpersonal growth, can jealousy really be all bad?

The Gibran quote at the start of this article says it all.  Have you ever felt happier than at the end of a period of great sorrow and pain? And didn’t you appreciate life so much more? In addition to inviting us to slow down and reflect, sadness deepens our capacity for joy.  Denying sadness and wallowing in it for too long are both unhealthy, but sadness can provide a window of insight and a preparation of the soul for a deeper, more abiding joy.

If you take some time to examine one of your negative emotional states you might learn something about yourself, your relationships, and your journey.  You may be surprised to learn that your rage, despair, boredom, rejection, or any other of your “dark” emotions might be hiding positive life lessons inside those ugly wrappers.

How to Control the Mind