Articles
The Voice
A Day To Remember 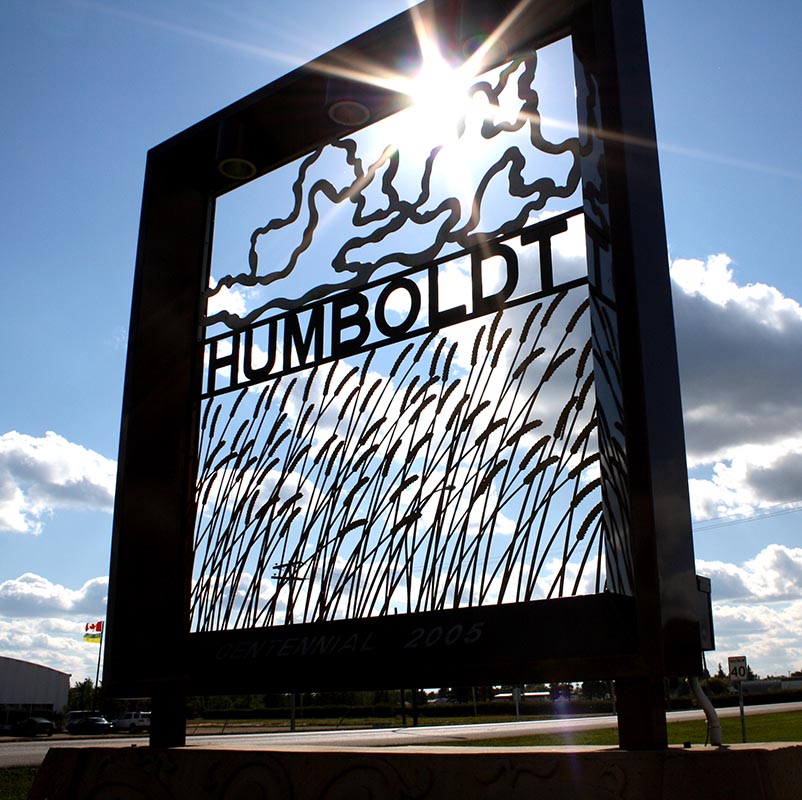 April 6 is my birthday, a day I usually look forward to celebrating and doing birthday things, but all that changed last year.  April 6, 2018 was the day of the Humboldt bus crash.  When sixteen people were killed and thirteen were injured.  The crash took place near the village of Armley in rural Saskatchewan.  A tractor trailer hauling peat moss, plowed through a flashing stop sign at the same time that a coach bus was traveling through the intersection, carrying players from the Humboldt Broncos, a junior hockey team, on their way to a play off game.  The two collided resulting in a horrific crash.  As later revealed the tractor trailer driver had minimal training and had only been on the job for two weeks.  Jaskirat Singh Sidhu, the 29-year-old driver of the semi was uninjured and briefly taken into custody at the crash site, then released.

When I saw the news flash with pictures of the devastating crash, I couldn’t pull my eyes away from the awful pictures.  I thought of how easily that could have been my children or grandchildren on that bus.  The boys killed were ranging in age from 16 to 21.  Also killed was their coach, a play by play radio announcer, a stats keeper, the bus driver, the team’s physiotherapist (who was the only female on the bus), as well as the assistant coach.  The survivors suffered significant injuries, including two boys who are paralyzed from the waist down and another two with serious brain injuries.  Other boys experienced various injuries, and we can safely assume everyone who survived the crash will suffer emotional scars that will haunt them for the rest of their lives.

The crash had far reaching affects, as condolences were sent from political leaders, including Prime Minister Justin Trudeau: “To the entire Humboldt Broncos hockey community: We are here for you.  As neighbours, as friends, and as Canadians, we grieve alongside you.” U.S.  President Donald J.  Trump: “Just spoke to Justin Trudeau to pay my highest respect and condolences to the families of the terrible Humboldt Team tragedy.  May God be with them all.” As well from The Royal Family: “Prince Philip and I were saddened to hear word of the crash involving the Humboldt Broncos hockey team.  Our thoughts and prayers are with those who have lost so much, with their families, and with all Canadians who grieve with them at this difficult time.” Also tributes were received from The National Hockey League, Canadian Hockey League and Canadian Junior Hockey League, and far too many more to mention.  As Canadians we all felt the pain and loss these parents, grandparents, family and friends were feeling.  The compassion of the entire country was evident from the results of a GoFund Me Page started by Sylvie Kellington a Humboldt resident, which raised $15 million dollars for the families.

Some of the families have chosen to recover in private, while some have been more visible.  The two boys who were left paralyzed from the waist down have gone on to play sledge hockey, while another two of the boys have been able to return to play for the Humboldt Broncos, but are being monitored closely.  The others are working on their recovery, both physically and emotionally.  All the injured are receiving the best care possible

Jaskirat Singh Sidhu was arrested on July 6, 2018 and charged, He was released on July 10, 2018 on $1,000 bail, with conditions that he surrenders his passport and driver’s license.  On October 10, 2018 the owner of the trucking company that Sidhu was working for, was charged with many federal and provincial safety regulations.  At a court hearing on January 8, 2019 Sidhu pleaded guilty to all 29 charges: 16 counts of dangerous driving   causing death and 13 counts of dangerous driving causing bodily harm.  It was a relief for the families that they would not have to go through a long and emotionally gruelling trial.  Sidhu stated he did not want to make things worse by having a trial.  At the hearing ninety victim impact statements were read or presented to the court.  The responses from the parents were varied, as some felt the truck driver would carry his own guilt from this tragedy that he caused for the rest of his life, but others wished him the maximum sentence possible.  At the end of the statements Sidhu stood up and put his hand on his heart and in a heartfelt statement said: I’m sorry, I’m so sorry, I’m so sorry, I’m so sorry.” At the request of Sidhu’s family, a father who had lost his son in the crash compassionately agreed to meet with Sidhu and his family.  They spoke for 15 minutes, with tears on both sides, and the father graciously chose to accept Sidhu’s apology.

On March 22 Jaskirat Singh Sidhu was sentenced to an eight-year prison term, which is not the maximum he could have received, nor is it the minimum.  The Crown was asking 10 years and the defense was asking for 4 years.  The reactions of the family members were mixed, some felt it wasn’t enough, others felt it was fair.  Ultimately everyone involved in this tragedy, including Sidhu, will be serving a lifetime sentence.

The one-year anniversary of the crash is approaching and for most of us, we will carry on with our day, possibly seeing flashes and memorials on the news of the tragedy.  For twenty-nine families and friends, not to mention first responders, this is only the first step on their long journey toward recovery as the physical and emotional scars will forever affect the survivors and their families.  We don’t want to think too deeply about Jaskirat Singh Sidhu, although we know that, with a few seconds lapse in focus, that could have been any one of us.  We may feel if we sympathize with him, it is taking away from our compassion for the victims, so we push it away.  In reality, he is also a victim, even if it is of his own making.  As my birthday approaches the victims of the Humboldt bus crash will not be far from my thoughts, not only for this year but each upcoming year.  In the end hope and acceptance are all we can truly hang on to in this unpredictable world.

Additional information about the trial, victim impact statements and sentencing can be found at the following website: https://www.scribd.com/document/398413261/Statement-of-facts-in-Humboldt-Broncos-crash