Green onion cakes, also known as scallion pancake or “cong you bing” is a traditional street food item originating in Northern China.  Unlike the take-out items we find at local Chinese restaurants, the original edition is in fact made from unleavened bread.  A well-known rumor in China suggests that pizza was in fact an adaptation of green onion cakes.  After Marco Polo’s trip to the East, he brought back the scallion pancake with a few modifications that eventually became pizza. 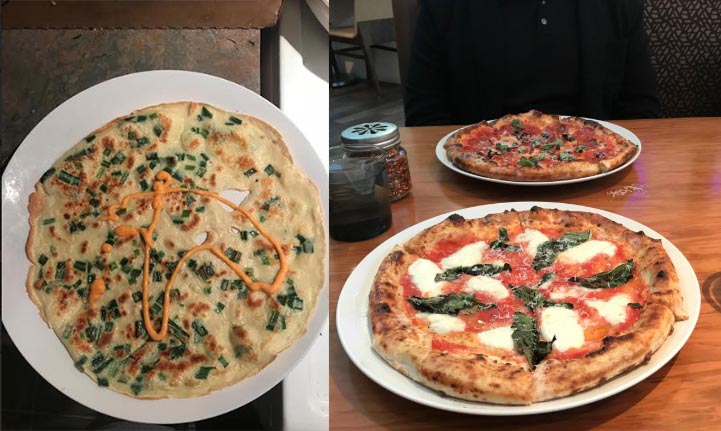 The appearance of these delicious carbs differ drastically, making us wonder how did the first picture transform into the second picture?

Having always been a fan of fried carbohydrates, I always have to order them with my take-out meal.  Otherwise, if I was lucky, my mother would use one of her traditional recipes for green onion cakes.  After craving this savory pan-fried carb for a long time, I decided I would attempt the recipe first-hand, from scratch.  Initially, I was skeptical of how simple the ingredients and preparation steps were, however when I sampled the final product, I was thrilled! It was authentic to the taste of the original pan-fried cakes in Shanghai where I grew up.  For students trying their hand at Chinese recipes, this is a simple and delicious recipe that I have grown to love.  For myself, during busy months of the school year, I would make up to a dozen of these crepes and store them in the freezer for meal prep or even a midnight snack. 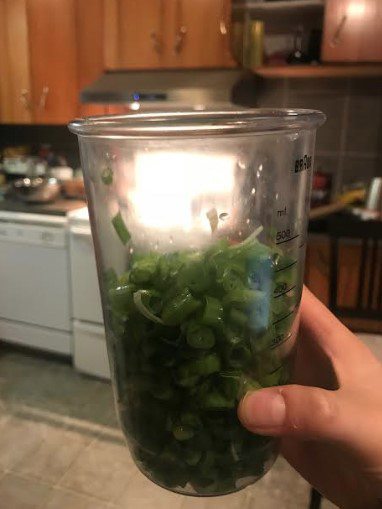 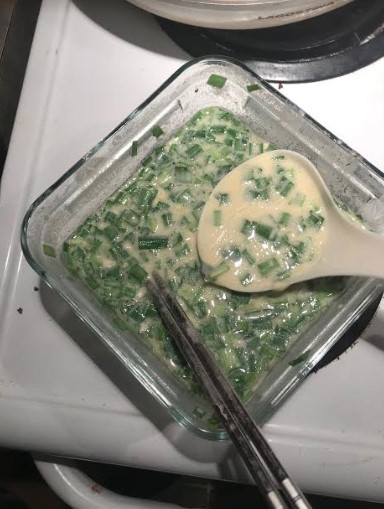 Step 1: Mix together all ingredients in a bowl
Step 2: Set stovetop to high heat for 2 minutes, then switch to medium heat for the frying portion
Step 3: Scoop approximately 1 ladle-full of the mixture into the pan
Step 4: Set a timer for approximately 3 minutes until golden brown
Step 5: using a pancake flipper, flip the cake onto the other side and cook for another 3 minutes
Step 6: remove cake from the pan and allow it to dry
Step 7: repeat steps 1 to 7 until mixture is used up
Steps 8: Serve with spicy mayo or sriracha hot sauce

Note: The difference between this recipe and Westernized green onion cakes is that the dough does not contain baking powder.  The texture is more like a crepe than a cake. 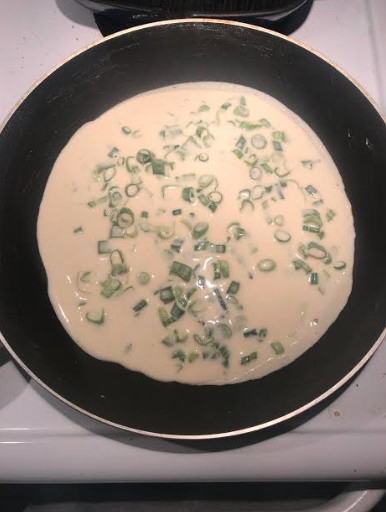 For more adventurous chefs, besides scallion pancakes, various versions of this cake exist in modern day China.  For example, garlic chives are used in lieu of green onions to make chive cakes.  Finally, the Taiwanese adaptation of this recipe became the egg coated pancake. 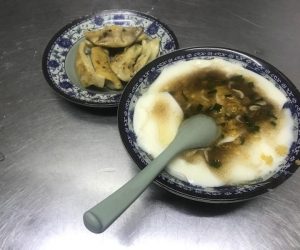 The Not-So Starving Student—Breakfast in My Grandma’s Hometown

The Not-So Starving Student—Six Breakfasts from Around the World