Columns
The Voice
The Fit Student—Treat Your Troubles with Nibbles 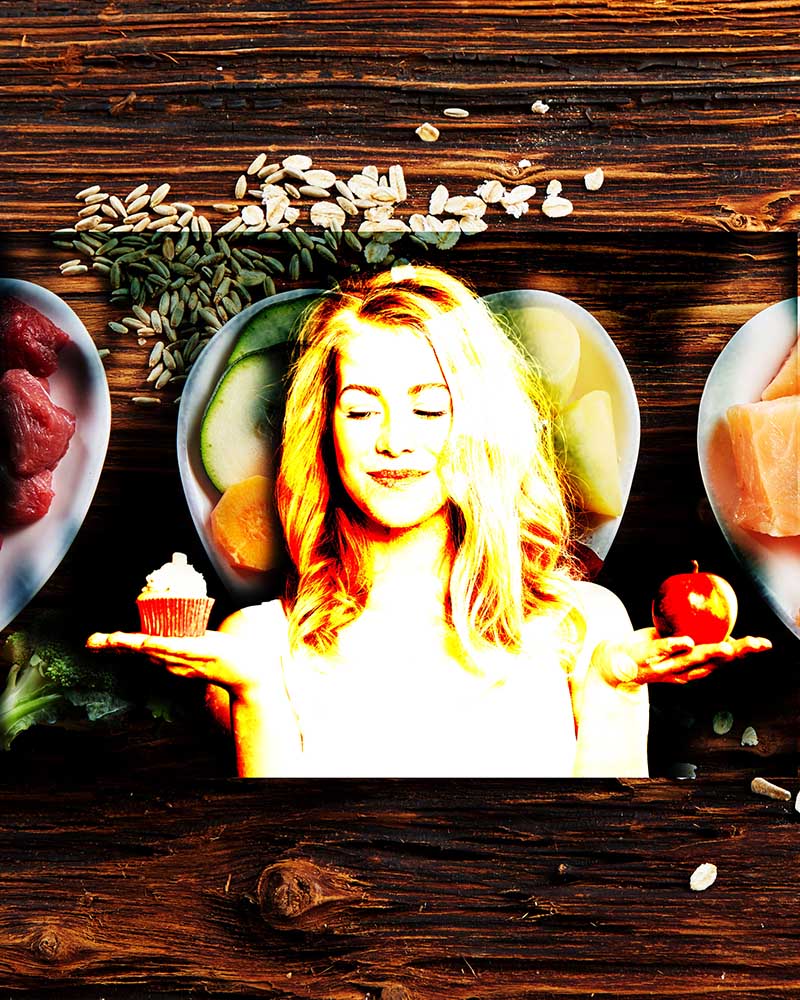 I’m branding a fitness app for a client.  Part of my role may include tweaking diets to tackle health concerns—and then getting the nod from certified dieticians.

When it comes to a healthy diet, some tips seem basic: cut out added sugar, scrap trans fats, quit eating out, and fry nothing.  But once you’ve got the basics down, treat your troubles with nibbles.

A fellow at my last workplace asked me how to beat anxiety.  I gave him tons of advice, from dietary to psychological.  To my delight, he later packed two bins brimming with veggies.  And he boasted of starting gym cardio.

But some veggies tackle stress better than others.  Organic kale jabs the jitters.  Other non-veggies punch away stress, too: turmeric, salmon, blueberries, dark chocolate, and fermented foods (Mercola, March 19, 2019). I eat that whole list of de-stressors almost every day.

Vitamin B deficiency can lead to psychosis.  But if you’re already zapped by psychosis, your diet could take you to remission.  According to Dr. Mercola, a study “published in Act Psychiatrica Scandinavica in 2005, revealed that subjects who underwent a gluten-free diet experienced reductions or even a full remission of schizophrenia symptoms” (Dr.  Mercola, March 31, 2019).  How’s that for an end to dietary delusions?

An anti-inflammatory diet exists called the autoimmune protocol (AIP) diet.  According to Medical News Today, the AIP foods to eat include

I eat a lot of fruit—about four to five servings a day.  But I believe my low blood sugar causes me to crave fructose.  I love coconut milk, too, but it’s low in calcium.  Apple cider vinegar gave me severe hot flashes.  The flashes faded once I stopped chugging vinegar.  So, cater your diet to your budget, tastes, allergies, and health concerns.

On the flipside, foods to avoid on the autoimmune protocol (AIP) diet include

Make small changes to your diet to prevent autoimmune disease.  Allergies can happen with dairy, eggs, grains, and peanuts.  Perhaps that’s why the AIP diet cuts them out.  So, to start, stop eating sugars, butter, food additives, and unhealthy oils.  Then slowly cut out the rest.

The dietary treatments that stood out include curcumin (found in turmeric), red hot peppers, and high doses of vitamin C.  And if you’ve got the oomph, add a coffee enema.   A coffee enema can squeeze the parasites out of your flesh and into your stools.

Also, he says that intermittent fasting may help treat cancer.  Dr. Mercola has an article titled “Fasting Shown to Drastically Reduce Risk of Breast Cancer” (April 11, 2019).  In that article, Dr.  Mercola says fast by eating within an eight-hour window (April 11, 2019).  But talk with your doctor before fasting.  When I had chronic fatigue syndrome, fasting would’ve sunk me.

As well, The China Study by T. Colin Campbell says a vegetarian diet can prevent cancer.  But one doctor’s book said vegetarians are some of the unhealthiest people she’s met.  That’s because vegetarianism can lead to poor vitamin B12 substitutes.  (B12 is found mainly in animal products.)  No, fake meat is not healthy.  Even tofu can lead to health issues: “Some health problems related to a high-soy diet include thyroid problems, brain damage, cancer, and reproductive disorders” (Dr.  Mercola, Sept 16, 2008).

What better way to treat your troubles than with nibbles?