Articles
The Voice
Five Fibs from the Book of Job 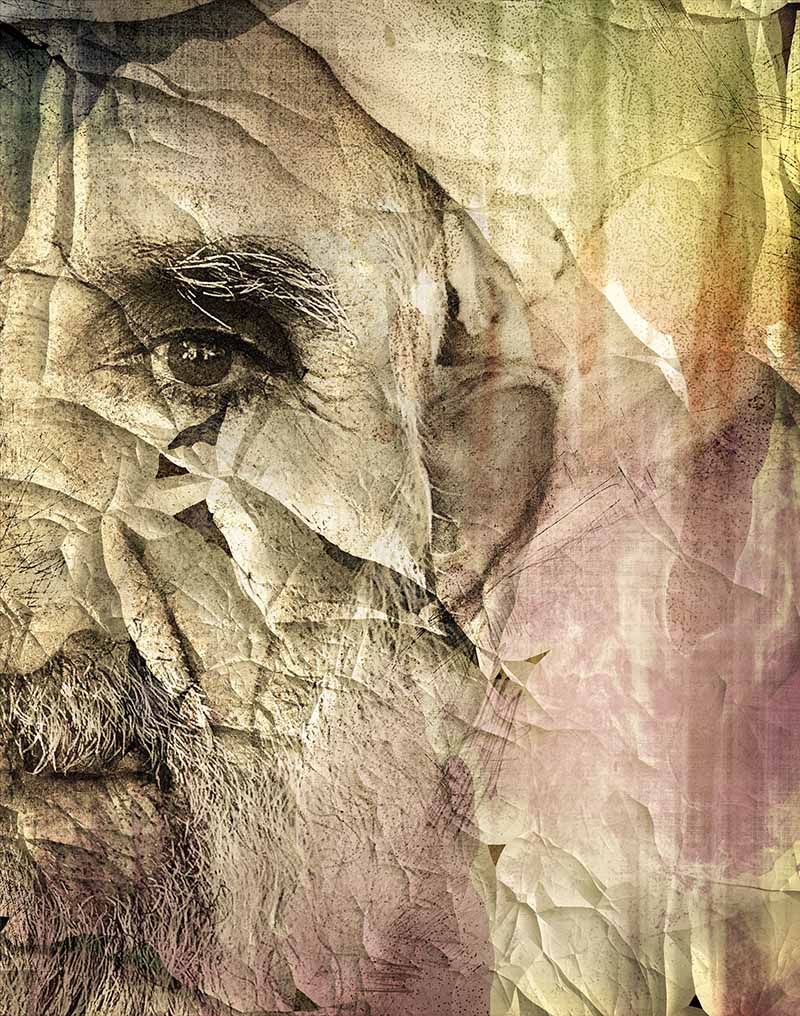 Let I know that you can do all things;
no purpose of yours can be thwarted.

You asked, ‘Who is this that obscures my plans without     knowledge?’

Surely I spoke of things I did not understand,
things too wonderful for me to know.

The Book of Job is believed to be one of the oldest books in the Bible, if not the oldest.  It was likely handed down orally over many years, as there’s a shift in the language mode of the story from beginning to end, the first part being more like folklore, the middle forming a kind of dialectic, and the end being a mystical enlightenment.  What’s amazing about this ancient book is the way it completely it overturns our assumptions and points us to a higher reality.  Despite it, the falsehoods it refutes are still very much in circulation.  Here are some of those falsehoods and why we like to hold onto them.

Job’s friends, supposedly having come to comfort him, repeat this refrain ad nauseum.  Who knows where this one came from? But it’s so persistent we don’t even need to say it.  Victims of sexual assault were asking for it.  The poor just aren’t trying hard enough, or they spend too much on booze.  You’re sick because you didn’t look after yourself, and so on.  The irony is that the Bible itself doesn’t back this up unless you isolate a few verses from the context.  Most of those who suffer in the Bible are suffering because of something that’s happened to them.

So why do we cling to this misconception? Because it’s easier to blame victims than to help them.  Blaming them also eases our feelings of guilt when we’re not suffering.  This is a fib of the closed heart, and will no doubt go on being an excuse for egotism as long as humans grace the planet.

If you just say you’re sorry, you can be happy again.

Had he done wrong, would repentance have restored his happiness? Experience proves otherwise, as it would have to Job’s friends had they been honest about their own experiences.  Believing that one’s wrongs have been forgiven can take a huge load off for people who think that’s enough.  For those who are sincere enough in regret to wish to make amends and change their lives so as not to repeat their wrongs, the road is hard and long.

Believing that saying sorry will, in itself, restore your joy in every instance is a false belief in cheap grace; a religion that reduces spiritual growth to formulas and magical thinking.  Easy solutions are very popular in times when we are pushed to excel and be productive all the time, which may explain that even now we assume that saying sorry, whether or not the word is sincere, makes everything better.

You must not question God.

Job’s story explains that he was favoured by God because of his piety and faithfulness.  And yet Job questioned God interminably.  So did David, another one close to the heart of the almighty, and a number of prophets.  Doubting, complaining, questioning, demanding are all part of the spectrum of rapport with a higher power.  Refusing to question God means refusing to engage in the kind of exchanges that lead to further understanding.

It’s hard to tell where this maxim comes from today, but it appears to be most strongly held among religious conservatives and extremists (please don’t assume the two are always the same) as a means of maintaining control over followers.

Job’s friends really harped on this one, and if life back then was anything like it is today, one wonders how they could have insisted on it with straight faces.  As Simone Weil pointed out, one can always reduce the severity of one’s suffering by consenting to a little evil.  Evil pays, at least in business and politics, and honesty brings with it a host of limitations.

Who knows why we hang on to this one? Is it our envy at seeing the wicked prosper that makes us snarl, “They’ll get what they deserve.” Or is it the fact that those who do prosper insist on believing and making everyone else believe that their wealth is proof of superior humanity? Probably a little of both.

Pain is an evil in itself, and there is nothing to be gained by it.

Not one of Job’s friends suggested that he might make some wonderful discovery through his grief and pain, and certainly none foresaw the wonderful transformation of his fortunes.  They all saw Job’s grief, loss, poverty, and illness as evils to be avoided, a condition with no redemptive virtues.  And yet as Job’s story shows, suffering can open our eyes to the reality of things we only thought we understood before.

Even today we wrestle heroically away from suffering and make moral compromises to keep it at bay.  Yet if we’re honest with ourselves we have to acknowledge that some of the greatest blessings in our lives have arrived because of our suffering.  What if that one hadn’t broken our heart so that we could find this one? What if we hadn’t lost that job and found this better one? What if we had never had that health crisis that taught us how precious life was?