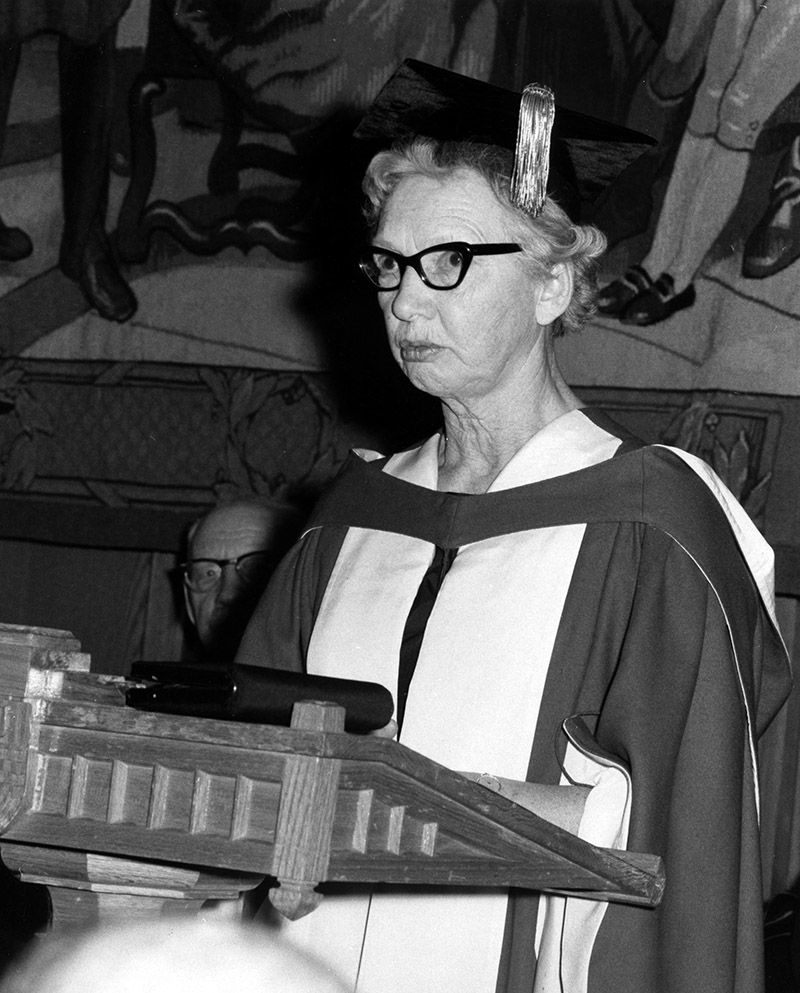 In 1946, Rae Chittick was elected president of the Canadian Nurses Association.  Prior to this, for twenty-five years, she was a health educator at the Calgary Normal School.  Miss Chittick was the president of CARNA from 1940-1942.  CARNA is a professional organization for Alberta’s 37,000 registered nurses with the mandate of serving the public interest by supporting excellence within the registered nursing profession.  Chittick was a director of the McGill School of Graduate Nurses, where she began a master’s program and a basic nursing course that ultimately lead to a Bachelor of Science degree in nursing.

Rae Chittick was born in 1898 in Burgoyne, Ontario and grew up in Alberta.  She became a teacher but later, following an influenza epidemic in the prairies, chose to go into nursing.  She graduated from John Hopkins Hospital School of Nursing in 1922 after earning a master’s degree in public health nursing and education.

Throughout her career Rae Chittick was committed to improving the standards of nursing by advancement of the educational requirements.  Along with her predecessor Mary Agnes Snively,   Chittick held the belief that nurses needed to be better educated, in fact, she believed they needed to be university educated.  She felt that a university education, which included studies in the humanities and science, would provide nurses with a more thorough understanding of holistic care.  Chittick believed nurses should be included in policy decision making along with other health care professionals, and, to achieve this, they needed a university education.

Rae Chittick also thought nurses who received a broad education base would be able to be more effective nurses, as they would be able to see the deeper meaning within the professional organization and within their nursing career.  She felt a university education would assist nurses in achieving autonomy and in meeting their patient’s needs by being able to provide excellent bed side care.  Chittick’s view attracted wide attention over the years, resulting in an invitation from the World Health Organization to facilitate the establishment of nursing programs in the West Indies and Ghana.

In 1969 Rae Chittick retired and moved to Vancouver, BC, where she spent her time pursuing an interest in painting with water-colors and continued to write articles for nursing journals.  On June 25. 1975, Miss Chittick was made a member of the Order of Canada for her distinguished contributions in the field of nursing education.  Miss Chittick passed away in 1992.

Additional information on Rae Chittick can be found at: https://www.longwoods.com/content/16316/nursing-leadership/profile-of-a-leader-rae-chittick-a-thoughtful-leader