Articles
The Voice
The Enduring Power of Random Acts of Kindness 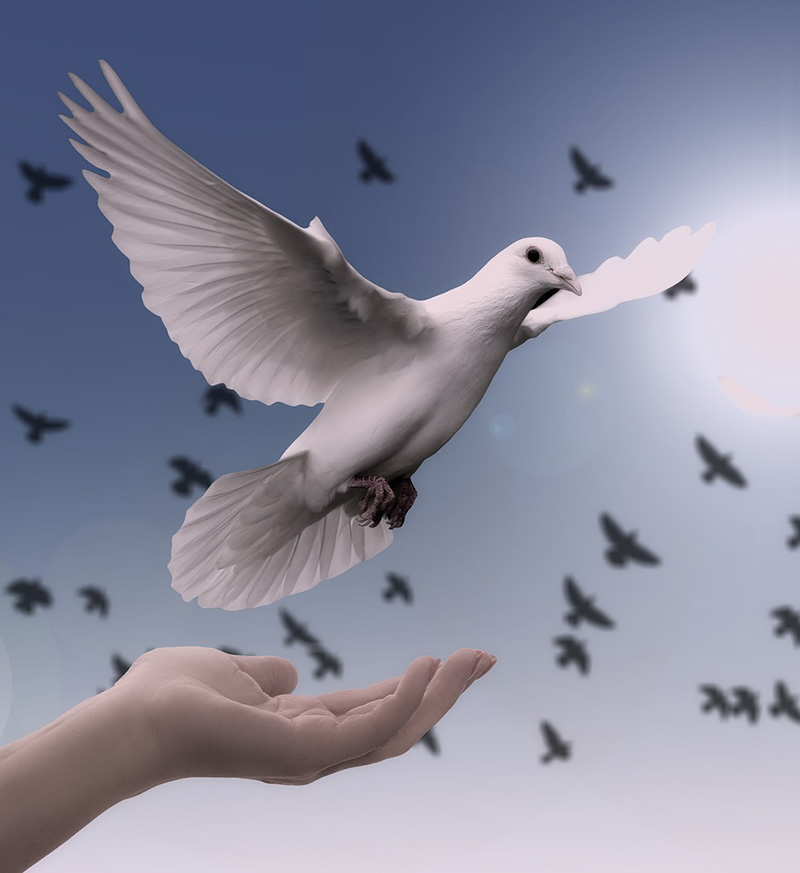 “Remember there’s no such thing as a small act of kindness.  Every act creates a ripple with no logical end.”

I know I should be boycotting Facebook like my socially conscious cohorts, but it’s just such a handy way to stay connected with friends and family back home and to share a little love once in a while.  Even better, and as the following story attests, it can be a highly effective instrument for peace.

Last week I came across an anti-Muslim post, shared by a dear friend we’d always called CJ.  I remembered CJ as an open and tender-hearted guy, someone always ready to help a friend or a stranger.  If this had been posted by someone who held intolerant views, I would have posted a gentle objection in their comments section.  In all probability they would have responded insensitively and I would then have blocked them.  It wouldn’t have been the first time.  But this was CJ.

Let me provide a bit of background here.

I grew up and spent most of my adulthood in a lovely but drug-addled rural town in southwestern Nova Scotia.  During the time in question I was residing with my son and husband in a large flat at the edge of town.  It was a rough area where lawn parties would often carry on to the wee hours.

So, I wasn’t startled one night to hear a fight taking place out in the hall, but it was troubling to hear it going on for longer than normal, with one voice becoming ever more enraged, screaming, “It was you! I know it was you!” I climbed on a chair in the bathroom to the tiny window that looked out into the hall.  There a young man lay on the floor, curled up in a fetal postion, being kicked and beaten by at least five others.  Blood was coming from his face.

An aside: The RCMP were now providing police services to our area, something that happens in Canada when rural areas can no longer afford to support their own police departments.  In their fight against the drug trade the RCMP had adopted the conventional practice of paying local informants to report on drug sales.

This type of exchange forms an essential part of the plot in many police dramas, but what it means on the ground is a bit more sinister.  A policeman once told me that the vast majority of these paid informants were the dealers’ close friends and confidants, even their romantic partners.  But because no one wants to believe they could be betrayed by their bosom pals or bedmates, suspicions are cast further abroad, which means that, once you get busted, any one of your customers or party pals can serve as a target for your wrath.

CJ had been caught in one such web of suspicion, and a trap had been laid.  With my husband shouting at me to stay out of it, I climbed down, ran to the kitchen door, opened it, and said, “Time to go home, boys.” The attackers flew out the door as CJ leaped up and ran into my kitchen.  I remember calling the police, but by the time they came, CJ was gone.

Since then he’s called me his guardian angel, swearing he’ll never forget what I did for him.  I was amazed that no one else had budged to do the same and that I received criticism for “getting involved.” What had I done? Next to nothing.

But now here was this message on his Facebook wall, and I had to say something.  Rather than embarrass him by posting something on his wall, I wrote CJ a private message:

“Hey, CJ, I hope this finds you well! I just wanted to say something about the post on your page.  It kind of hurts me because my husband is a Muslim and he’s a really good person.  The vast majority of Muslims I meet are really good people, and we have to admit that our people have the same percentage of violent nutcases as the Muslims have.  I know you’ve got a good heart and if you knew some of these people you’d love them, too.”

I saw that he’d read my message but hadn’t responded.  I sadly assumed this meant he was angry with me and that despite my good opinion of him he’d turned out to be just another brick wall.

But several days later I checked his Facebook wall to see if he’d taken the hateful post down.  That’s when I found this, posted on the day I’d sent my message:

“I would like to send out a heartfelt apology to my guardian angel Wanda and her husband for reminding me that I do not hate any race or religion and would like to extend that to everyone, I allowed myself to get caught up in hateful propaganda that is hurtful to so many good people.  This is not me or who I am and I am truly sorry from the bottom of my heart.”

It reminded me of a story my grandfather used to tell.  He’d left home in his early teens to find work and found himself at the shore of Lake Superior, not having eaten for two days.  There was a docked boat full of working men, and for some reason he approached the only black man on the boat, saying, “Man, I’m hungry!”

The man snarled at him and told him to stop bugging him but at the same time was winking at him.  When no on was looking he whispered to the boy to wait around a corner.  Before long the black man returned with what my grandfather described as a loaf of bread stuffed with a rich stew.  It was the most delicious thing he’d ever eaten, and it kept him going until he was able to find work.  Like me, that black man probably thought nothing of what he’d done, and indeed, it was a small thing.  But a young boy’s hunger had moved his heart to respond with compassion.  What else is an act of kindness but this?

My grandfather came from a working-class Irish community in southern Ontario, and racism was just something you inherited.  But because of the kindness of one black man he took a personal stand against intolerance, later insisting that his children respect black people and treat them well.  This story has enriched and instructed our family for generations and continues to do so today.  Whoever that man was, he’d kept our grandfather alive, and he would always have our love.

As Archie Bunker once said, “Always be sweet to people.” You never know how far that will go toward building peace.

Study Dude—If Lonely at AU, Woo Yourself a Pal