Last week, I raved about the desserts I sampled from my latest trip to Vancouver.  However, it wasn’t enough that I boast about the mouth-watering sweets the city had to offer, because the Vancouver food scene also offers irresistible comfort food from all over the world. Food that I couldn’t wait to share with my family and friends.  I had a chance to experience some of these distinct contemporary flavors from around the world. 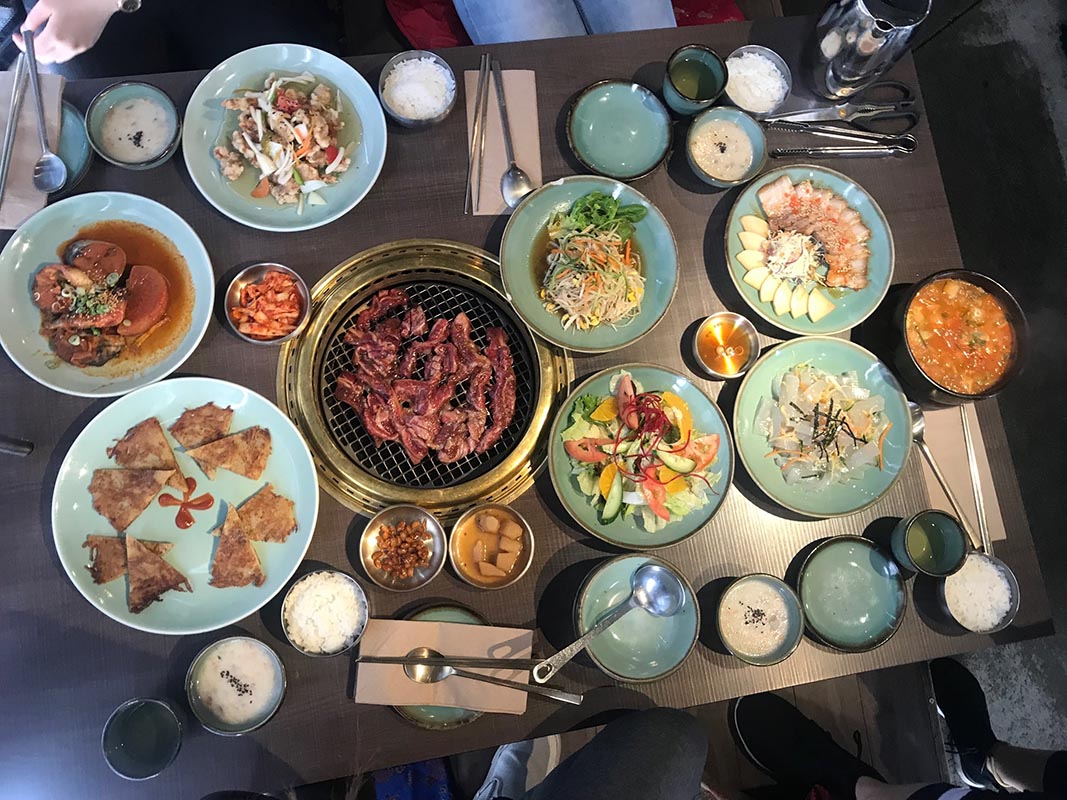 While originally having planned on going to an all-you-can-eat korean BBQ, we came across this highly rated restaurant to try their $15 lunch set menu.  The menu featured 12 different items.  I was astounded by the variety this menu offered while maintaining quality and value.  For a seasoned foodie, I was impressed by the selection that awakened by taste buds. 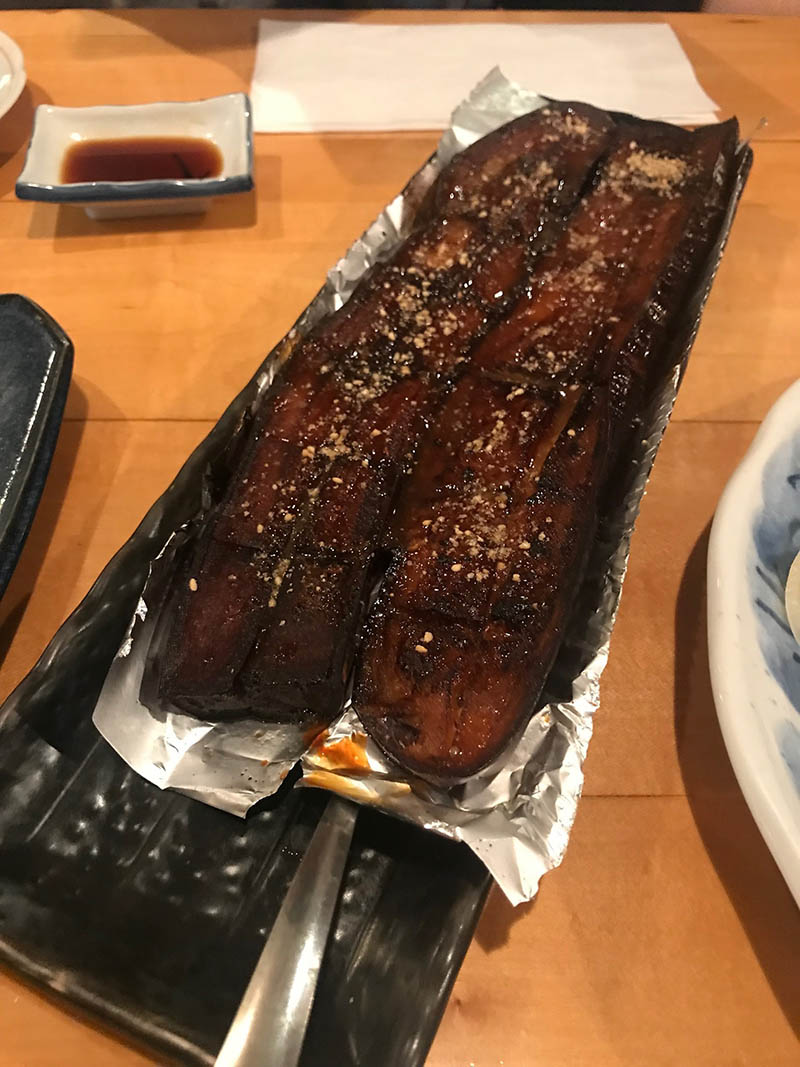 A friend of mine recommended the roasted eggplant option as this restaurant was one of the few that offered this item.  While I have tried seafood, eel, and chicken roasted in a honey glazed sauce, roasted eggplant was foreign to me.  At face value, I almost mistook the eggplant for unagi (eel).  Quite unlike your traditional eggplant, this dish has no flavors of eggplant at all since the eggplant had completely absorbed the saucy glaze brushed on its surface. 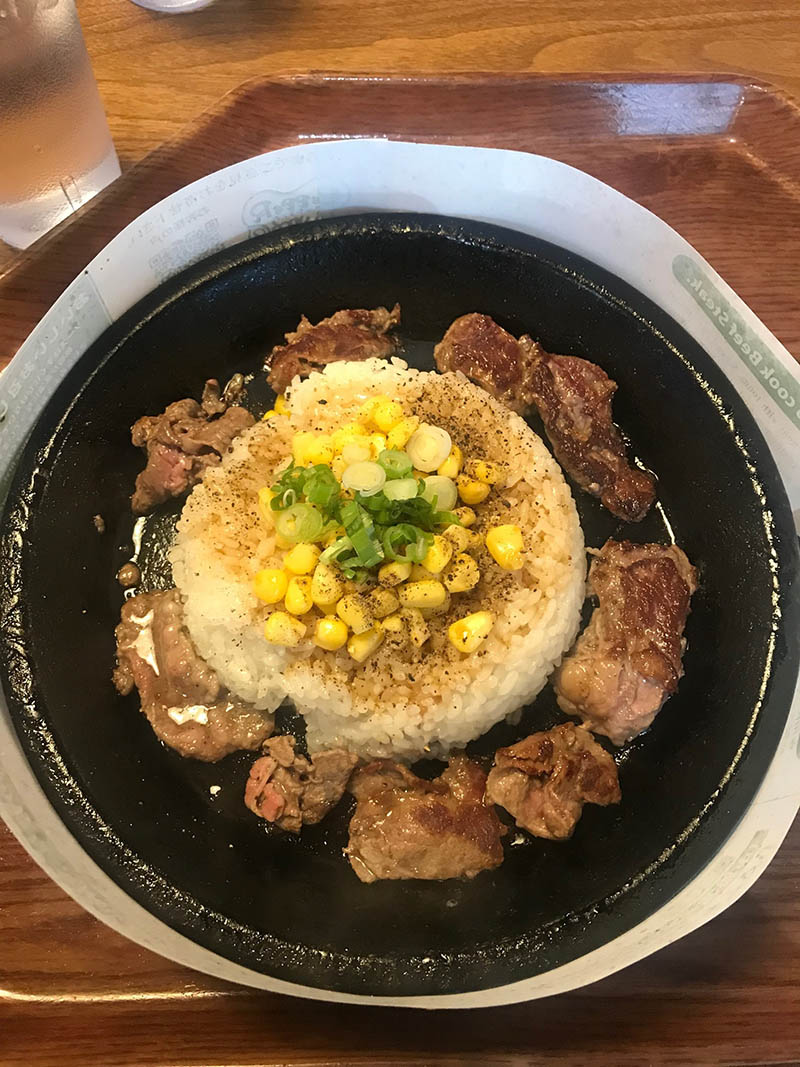 After wandering around Richmond, window shopping for the next dining choice, we stopped at Pepper Lunch to sample their famous teppan, a Japanese hot plate dinner.  The marinated cuts of beef was served on a scorching hot metal plate that not only cooked the beef to perfection but also kept the rice and contents of the dish warm.  Within minutes, the raw beef had transformed into perfectly seared and tender bites of beef.  Somehow the cast iron hot plate also cooked the rice to a crisp creating a distinct smoky flavor that is hard to forget. 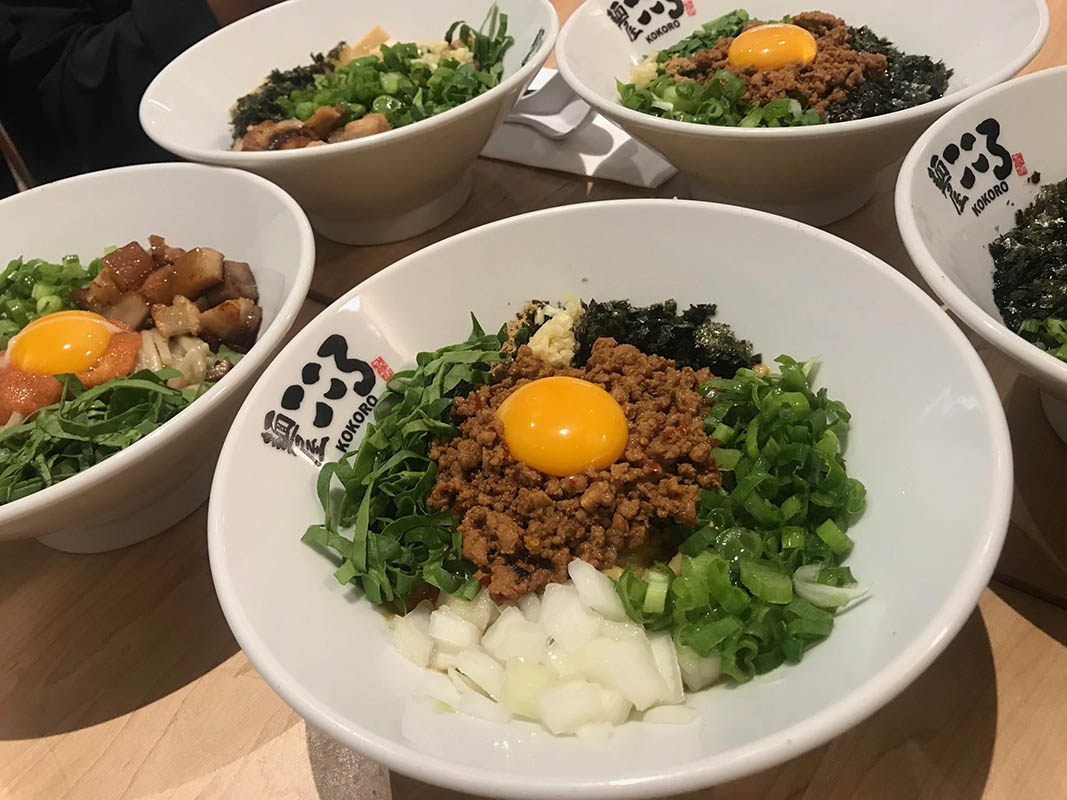 Another favorite this trip was a noodle joint that served colorfully topped soupless noodles with a raw egg yolk on top.  At first, I was skeptical how soba noodles (usually made of buckwheat) could be flavorful.  Typically, buckwheat soba noodles are similar to whole wheat noodles with a grainy texture that is difficult to fall in love with.  However, after closely examining my noodles, I realized they more closely resembled udon noodles rather than soba noodles.  They were elastic in texture and freshly made in-house.  When I finished the noodles, the waitress also arrived with a small container of rice to mix with leftover seasoning.  The seasoned rice with the noodle sauce produced a unique combination that was hard to find elsewhere.