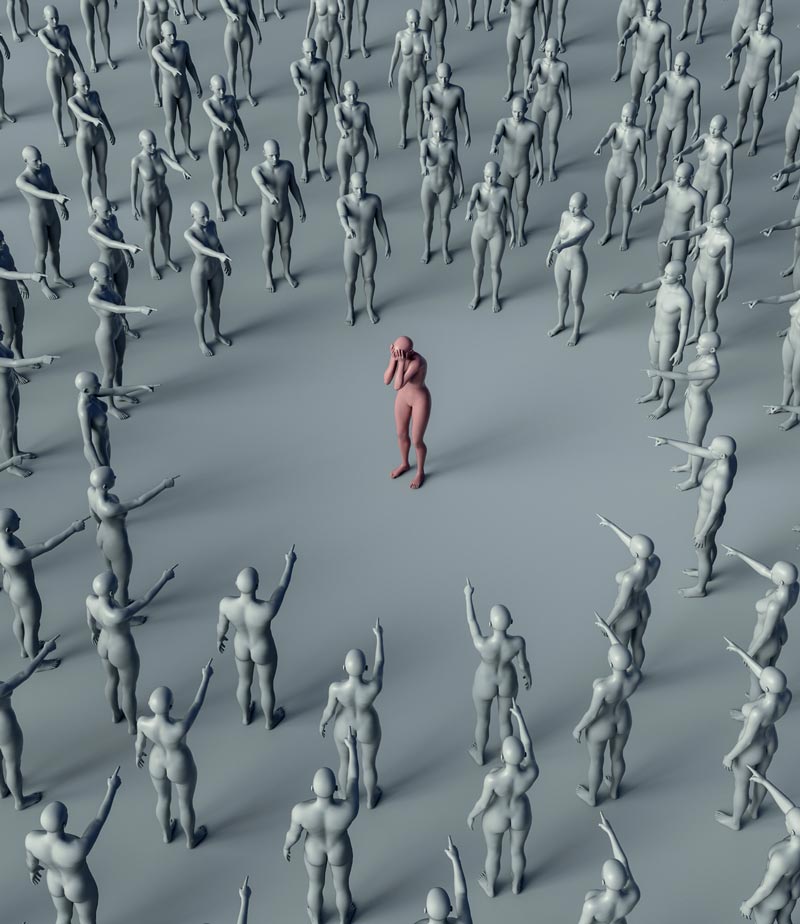 Isn’t there such a sweet, sad irony to the sorry shenanigans of Jussie Smollett? Apparently in hopes of furthering his career, sweetening his contract deal, and winning public sympathy and support, the poor schmo allegedly conspired to fake a hate crime against himself. Of course, since the whole ill-conceived shitshow has blown up in his face, he has toasted his career, and become a target for mockery, derision, and public outrage of a blowtorch-like intensity. I can’t help but feel empathy for him.

Don’t misunderstand me, what Mr. Smollett did was unconscionable. Not because of the dishonesty aspect, though, because that’s just de rigueur for media celebrity types; crafting disingenuous presentations of their looks, personalities, and narratives is their very stock-in-trade. And of course they are aided in that sleight of hand by publicists, agents, advertising agencies, public relations firms, and a host of other professional perception fabricators. Nope, we live in a relativistic, post-truth age, so being scandalized by spin is just a bit like being shocked to find there’s gambling going on in Rick’s American Cafe. I would argue, as well, that each of us is doing much the same on a smaller, personal scale. We are all carefully curating and constructing an image to present to others, a projection of ourselves we hope will win us whatever it is we most desire: financial success, acceptance, belonging, love, respect.

What is unforgivable about Mr. Smollett’s fiasco is the fact that, by choosing the particular lie that he did, he ended up causing so much hurt for others who have actually been the victims of racially motivated violence—something that is real, widespread, and devastating. Furthermore, the nature of his fabrication undermines the efforts of those who are trying to eradicate racialized violence, as well as providing fodder and talking points to bigots and apologists who are convinced themselves, and want to convince others, that the whole thing is just a liberal conspiracy.

Even so, I feel empathy for him, and recoil at the atomic bomb of vitriol and schadenfreude that’s been detonated above his head. I feel sorry for him, because he happened to do what he did at precisely the wrong point in time. It seems to me the current zeitgeist is a turbulent thunderhead of anger and resentment, building up a deadly charge, ready to unleash itself upon any hapless transgressors below. Society is pissed off. Politically, economically, environmentally, our troubles are many, and sadly our distractions are few, and mostly problematic. Unlike previous generations, the current age is one fraught with guilt related to so many of the things that provide comfort and solace. The very food we eat is problematic; eating meat and dairy is devastating to the environment; eating seafood depletes the oceans. If we fly to Paris or drive to the cottage, we may as well be pouring bottles of bleach into a stream. Even our entertainment morally divisive. If we watch a film, listen to music, read a book, or walk through an art gallery, we are forever engaged in debates about wokeness, cultural appropriation, the moral transgressions of the works’ creators. We are no longer allowed to simply enjoy a Woody Allen film, or paintings by Gauguin or Picasso. Perhaps it’s no wonder, then, that one of the very few socially acceptable pleasures left open to us is the sweet tang of moral indignation as, like self-righteous digital piranhas, we swarm and savage the flesh of those who have been designated as acceptable culprits.

I don’t for a second doubt Mr. Smollett’s guilt. But surely he’s paid a high enough price for what he did, considering his life and career is now on the skids. Do we really need to keep coming after him, news cycle after news cycle, meme upon meme? I mean, in the end, what was he most guilty of? Thoughtlessness, greed, and stupidity. I don’t know about you, but I’ve been guilty of all three numerous times. I hope I never have to pay so high a price.