This week, I got a sudden lesson in just how much modern technology has us locked in.  And because of that, I over-estimated my own ability to overcome a computer failure based on previous failures.  All of which is basically my excuse for getting this article and the full PDF up so late.

Of course, if you’re one of the students who grabs the issue on Monday, you’re wondering what I’m talking about, so here’s a quick recap for those of you who don’t follow our facebook page.

Last week, AUSU had some computer issues which brought their website down for a couple of days.  Apparently in sympathy, or perhaps in solidarity, my own computer decided that it, too, would have a bit of a failure.  I had rebooted the computer for a standard update and was greeted with a screen saying that the computer had tried to repair a problem it encountered on bootup and failed, and perhaps I should reset it or remove the update.  However, it turned out that both actions were unwilling to complete until the computer had undergone an auto-repair sequence, which it couldn’t complete until it had reset, and around and around we went.

Fortunately, I have enough backup equipment that I can cobble together an issue of The Voice Magazine, at least for the web, without my regular machine.  So in it went to the shop while I continued putting the website version together.

Friday morning, I got the machine back again. The shop had had to install a brand new copy of Windows, but I knew all the Voice data was safe on a separate drive, so I was unworried.  Then I tried to actually be productive.

It turns out, this type of failure would have been much easier to recover from several years ago, before they started to make computers so “friendly.”  Back then, I’d simply sign in, download or reinstall my software from disc, and away we go.  But who has a disc anymore?  Fine. I can download it.  You know, using that password that I haven’t remembered for the last six years because the computer automatically remembers it for me.  Okay, I can just reset my password, because all I need to do that is to get into my email account and … oh.  This could be a problem.

I had autologins for just about everything, as it turns out.  And in these days of identity theft, proving that I’m who I say I am has become a complicated affair.

Of course, as you can see, it all worked out, eventually.  I’ve learned some lessons about password management, and was extremely grateful that AUSU and I had had the foresight to arrange the emergency plans that we had.

Meanwhile, you got a great issue out on Friday on the web, with our feature interview with Ontario student Crystal Bailey, an examination of the necessity of convocation in the Fly on the Wall, some strategies to cope with unemployment from our own Wanda Waterman, plus a Chazz Bravado take on the Trade Wars, course reviews, advice, scholarships, events, and more.

So, while I finally take some time to destress, enjoy the read! 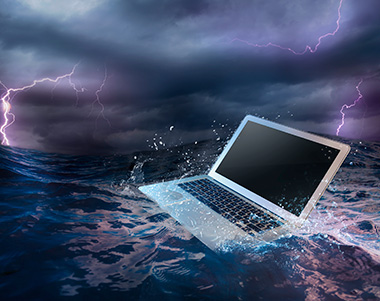 From My Perspective – Computer Repair

From My Perspective – Too much time on my hands?