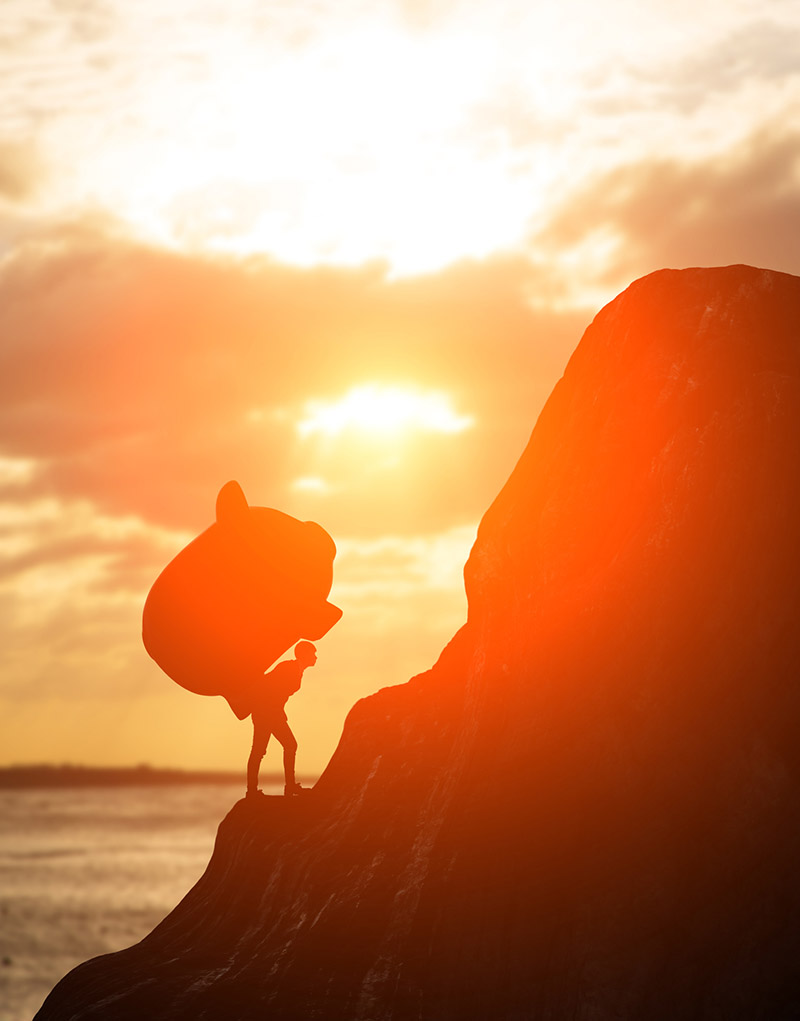 silhouette of business man holding piggy bank on the mountain

Imagine you weigh over 180 pounds as a five-foot four-inch femme.  And earlier that day, you’ve been featured live on local news.  And now, you’re about to watch, for the first time, the replay.  As the camera opens to the sight of you, you coil back in horror.  You look fatter than Momma June before the turkey neck operation.

Shaken up, you begin a weight loss and fitness program.  Within a year, you lose sixty pounds.  Later, you start body building, able to compete in professional body builder competitions.

That was once me.

But there’s more to the story.  There’s also the question of, “How can I get rich, or at least famous, from health and fitness?”  Ah, now that’s an article worth writing.

But beware—during competitions, bodybuilders follow strict diets that can make them hungry or even angry.  But bodybuilding competitions also make for great photo ops.  So, to gain fame, post your photos at gyms or in fitness magazines.    Go further and act on television or model pro bono for supplement companies.  Hey, anything for publicity, right?

Once fit, consider becoming a personal trainer (or fitness instructor).  But get accredited.  As a certified personal trainer, you’ll need knowledge of “exercise science, nutrition, physiology, and more.”   As for fame and riches, you may write fitness books, make fitness videos, or even land gigs on reality TV.  Who doesn’t want to film a fit bod?

Once a personal trainer, you might branch out to become a celebrity trainer.  But, first, become a celebrity in your own city.  Do so by making your mark in local media.  When I did media stints, I phoned TV, radio, and newspaper stations and asked for the media news contact.  After that, I emailed the contact a draft of my story pitch.  As a result, I found myself featured in newspapers, on radio stations, and on TV.  You just need a phone to score more than fifteen-minutes of fame.

But it’s not easy to find celebrities to train.  Most athletes don’t have dough “unless they’re fully professional.”  Sadly, you’ll find yourself giving free or discounted services to small-time athletic stars.  But if you want to train high-profile athletes—or celebrities—then “be in the right place, at the right time, while the right guy endorses your abilities.”  To secure celebrity gigs, you must flex more than your muscles and flash more than a charming smile.

I know a local Bollywood guru who makes dance videos.  She could gain fame on Amazon Prime.  Amazon Prime offers little guys (like me) a place to perform.  Unlike Amazon Prime, Netflix is geared for the big guys: to gain fame and fortune on Netflix, try featuring your video at film festivals or buddying up with a Netflix distributor.   And whether you’re a small potato or a top dog, aim high.

Train for the Olympics

The Canadian Olympic Committee Athlete Excellence Fund pays out “$20,000, $15,000, and $10,000 for winning Olympic gold, silver, or bronze medals respectively.  It also provides funding of $5,000 for performances at World Championships (or equivalent) during non-Olympic years, to support living, training, and competition expenses.”  In other words, train but keep your day job.  But training five hours a day and working eight gets you knackered, right?  Yes, so do it for the love, not the dough.

I had a friend who played in the NHL.  He’s long retired but has a cozy home and splashy sports car.  But landing yourself an NHL gig isn’t likely: “according to ESPN and Total Sports Management, you have better odds of winning the lottery than you do of becoming an NHL player ….  [and] most professional hockey players take up ice skating in elementary school, if not before, and are expert skaters by high school.”  So, if you can skate backwards and score, you’ve got a teeny-weeny chance.

If you like putting on events, try copying the UFC Model.  Host your events at venues like the UFC’s first fight at McNichols Sports Arena in Denver, where the winner took home $50,000.  Also, feature your events on pay-per-view and home videos—just like the UFC did.  But expect pitfalls: “Companies refused to carry Ultimate Fighting Championship shows, and distributors weren’t even willing to sell videotapes of the events.”  And now look at the UFC.  And just wait until we look at you—with your newfound love of fitness.

Do as I Did, but so Much More

Once I dropped the turkey neck, I tried out for the university wrestling team.  I toyed with competing in body building.  I cycled to a neighboring city.  No fame.  No wealth.  Just fitness.

As for you, no matter your age, you may gain wealth, fame, or merely fitness, but whichever way, you’re richer.

The Fit Student—How to Lose Weight Once you Hit Fifty