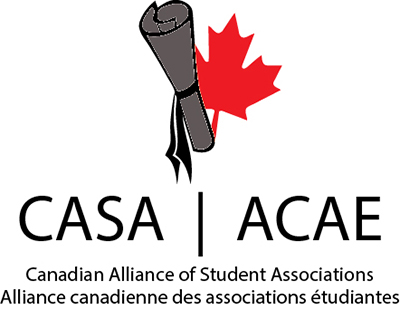 OTTAWA, June 18, 2019 – The Canadian Alliance of Student Associations (CASA) released a polling report today, showing that post-secondary students are very motivated to vote in the upcoming federal election, and that political parties all have a chance to gain their support by addressing their main concerns.
It is a common belief that young people and students are not reliable voters. However, this report unveils a trend of increased voter turnout among young people and students in the past several years, with 93% of post-secondary students reporting that they plan to vote in the upcoming federal election. Given that those from the Millennial and Gen Z generations (which make up the majority of post-secondary students) will be the largest voting group in the election, it is crucial that political parties pay careful attention to the issues they care about.
Students made their top priorities for Canada clear:
1. Creating good job opportunities for young Canadians
2. Making college and university more affordable
3. Dealing with climate change and the environment
4. Making housing more affordable
5. Improving Canada’s health care system
In addition to providing insights into where students’ current political leanings lie and the issues that will inform their vote, the report addresses other top student concerns. For instance, it sheds light on how concerned students feel about their student debt and the effects of automation on their future career prospects. It also delves into issues of sexual violence on campus and doing more to provide post-secondary education to Canada’s Indigenous population.
Adam Brown, Chair of CASA and Vice-President External of the University of Alberta Students’ Union, says, “CASA and student associations across Canada are developing a non-partisan voter mobilization campaign, called Get Out The Vote, to ensure as many students as possible get to the polls and have their voice heard in the upcoming federal election. Political parties would be wise to consider the power of the student vote and the concerns that are top-of-mind for this group.” 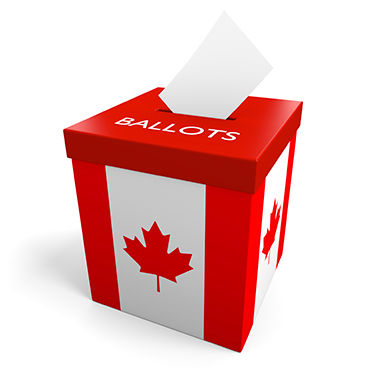 AUSU Urges Students to Get Out the Vote