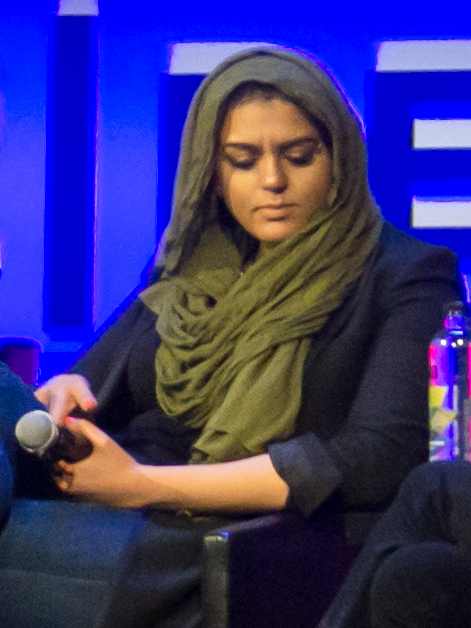 By Rhododendrites – This file has been extracted from another file: Rewriting the Story panel (81776).jpg, CC BY-SA 4.0, https://commons.wikimedia.org/w/index.php?curid=74567269

Amani Al-Khatahtbeh is the editor and cofounder of MuslimGirl.com, which is the number one blog for Muslim women in the United States. As a result of her tireless work on Muslim Girl, at twenty-three years old Amani was named to Forbes 30 Under 30 in media. Forbes 30 Under 30 is issued annually with the American list acknowledging 600 businesses, where 30 individuals are selected from each of twenty industries.  As well, Amani Al-Khatahtbeh is the author of the book MuslimGirl: A Coming of Age which was released October of 2016:

“It is a blunt observation, reflective of the potent message she delivers to her readers, a skillful unraveling of the myth of the submissive Muslim woman and a timely introduction to those other, very American and largely unheard 9/11 kids who bear the destructive burden of that one day, every day.”

An American Muslim woman who was born May 6, 1992 in New Jersey, Amani Al-Khatahtbeh grew up following the Muslim traditions and culture. At 13 years of age her family decided to move to Jordan due to the growing tensions and violence displayed against the Muslim community in America following the 9/11 attack on the World Trade Center. The family were forced to move back to America when Amani’s mother became ill. This experience brought Al-Khatahtbeh closer to her Muslim roots, and because of the pervasiveness of Islamophobia she chose to wear a hijab as representation of Muslim women.

During her high school years Amani was part of a small group of Arab American kids, however she was not accepted by her fellow students. So, at the age of 17 she founded MuslimGirl.com, a place where Muslim girls her age could identify with their cultural roots and traditions.  MuslimGirl.com offers information from the perspective of a Muslim woman, including culture, lifestyle, and politics.  In 2009 MuslimGirl.com began with a volunteer staff and by 2018 its readership had documented 1.7 million hits.

Amani Al-Khatahtbeh does not discuss her relationships or private life; she has chosen to keep this confidential. Plus, she has never been seen with a significant other, with whom she may assume to be involved. As a result speculation looms about whether she is in a secret relationship, or even married.  Amani is a strikingly beautiful woman, with charming personality and an obvious intelligence.  She has been acknowledged as one of CNN’s top 25 most influential Muslim Americans.  Amani credits poet and woman of color, Maya Angelou, as an inspiring figure in her early life.  On March 27, 2017 Amani Al-Khatahtbeh created Muslim Women’s Day, as a means of celebrating Muslim Women and assuring their voices would be heard. Further information is available at the following website: https://www.cnn.com/2018/03/26/middleeast/muslim-girl-amani-al-khatahtbeh/index.html 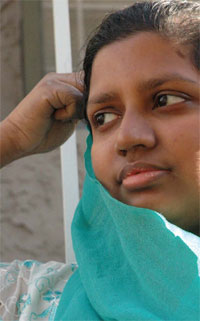