For AU foodies looking for a trip filled with unusual, ethnic street foods, making a trip to Japan should be at the top of the list.  Summer brings out some of the best street food in Japan.  In my most recent trip to Japan, I explored the areas of Tokyo, Osaka, and Kyoto to sample the best local cuisines directly from food vendors on the street.  I’ve compiled some of the top ones from this trip. 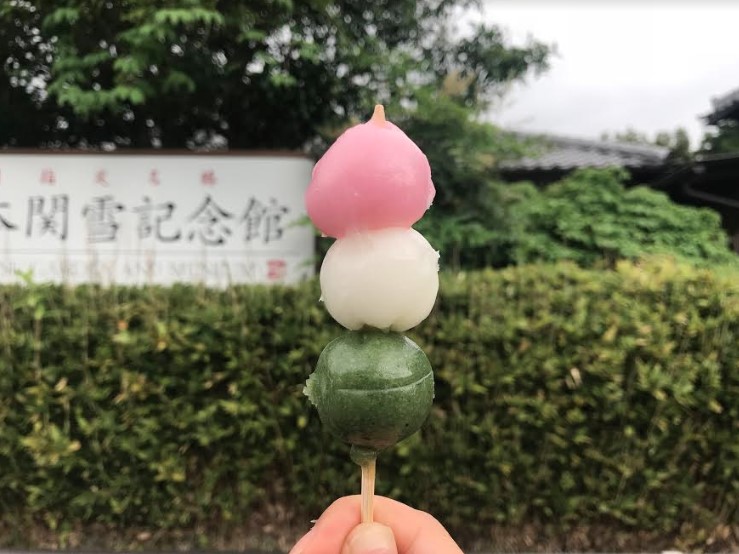 Dango is a Japanese dumpling prepared with rice flour.  Similar to mochi, it is traditionally made sweet, but can be made with a savory soy sauce coating as well.  Typically, this tasty snack is served on a skewer and is both appealing to the eye as well as the taste buds.  Occasionally, the dango is also colored with different flavored mochi.  The Hanachi dango shown here is popular during the Sakura (cherry blossom) viewing season in Japan. 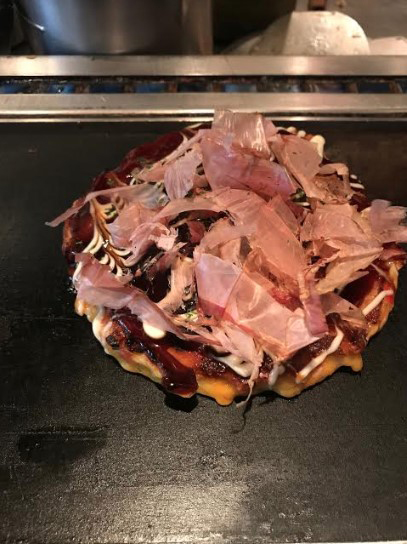 Another popular street food item is a savory Japanese pancake with multitudes of toppings to choose from.  The pancake is made with an array of ingredients and quite unlike any pancake you’ve had.  Similar to the green onion cake it is pan-fried and contains batter mixed with sliced cabbage.  The mixture helps neutralize the grease of the batter and makes for a light and crispy snack. 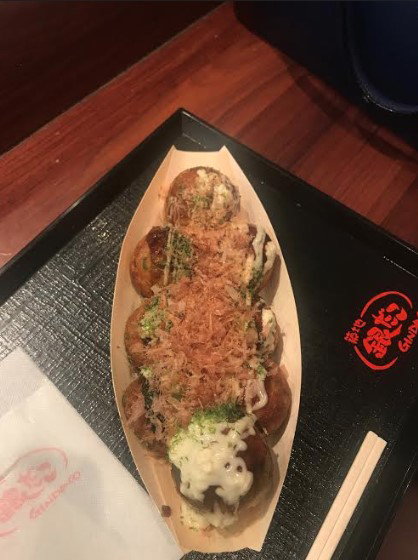 When I first heard Takoyaki literally meant roasted octopus, I envisioned a whole live octopus on a skewer.  What it really is, however, is a small ball-shaped snack coated with batter with a small piece of diced octopus inside.  Despite the contrast from my vision, takoyaki remains one of my favorite street foods in Japan today.  It has unique toppings and a crispy outer shell when served hot. 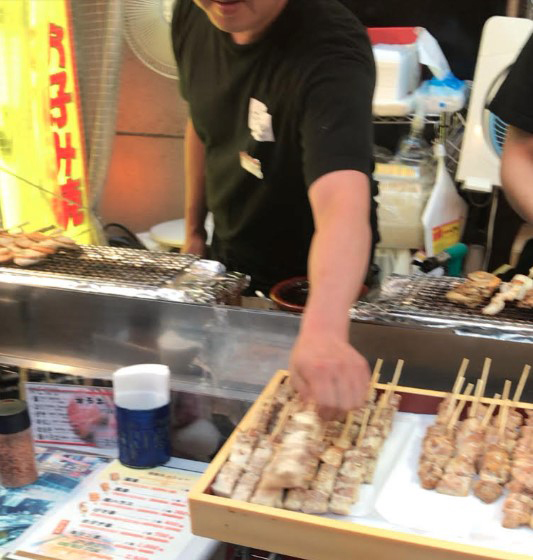 Literally meaning roasted bird, the yakitori is an infamous skewer street food made of chicken.  What makes this skewered chicken so unique is that it is typically grilled over a charcoal fire and seasoned with traditional Japanese seasoning such as mirin, sake and soy sauce.  For the best yakitori, buy them fresh from the grill rather than prepared by the chef a priori. 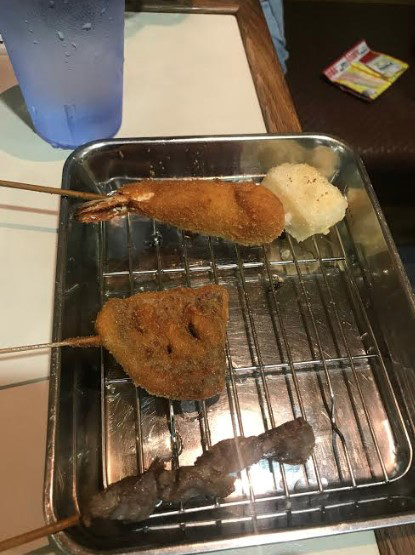 Similar to its twin, yakitori, kushikatsu is a type of Japanese deep-fried protein skewer wrapped in a coating of deep-fried, golden batter.  Generally, kushikatsu is dipped once into a sweet, soy sauce mixture.  While you might think the deep-fried batter would cause a wave of grease to flood your taste buds, it is in fact, light and crispy if cooked properly. 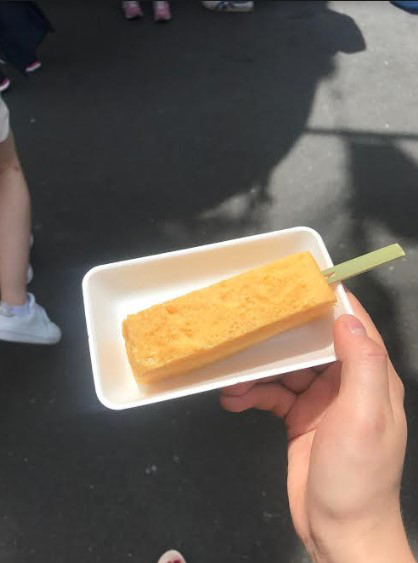 For students seeking for a completely different way to enjoy scrambled eggs, tomago is a great option.  This Japanese omelette features a soft, tender texture that’s quite unlike any scrambled eggs you’ve had.  The three-bite tomago found in many street food stalls is similar to a sweet egg tofu but is made entirely from eggs.

International News Desk – At Home And In Foreign News