Columns
The Voice
The Fit Student—How to End Life Eatin’, Choppin’, and Kickin’ at 110 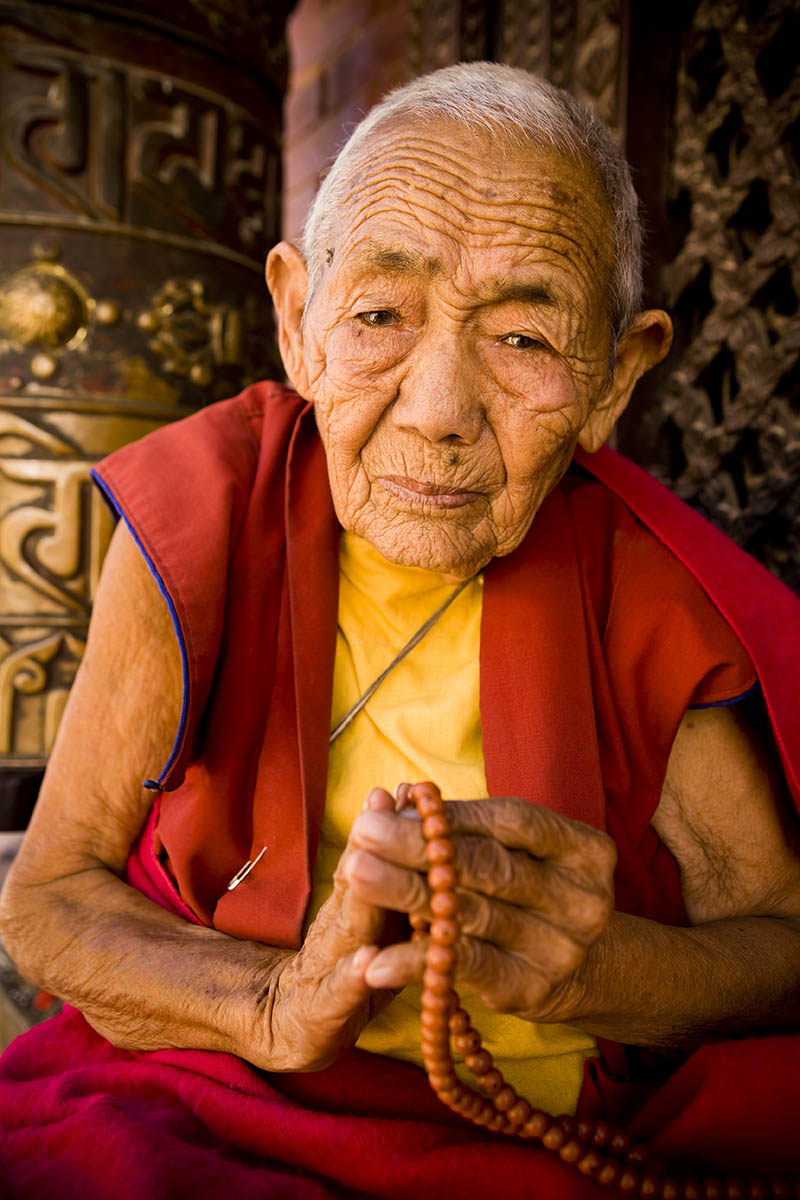 Do you desire to be eatin’, choppin’, and kickin’ at 110?  I do.  But what if we sip colas?  Munch muffins?  Or pucker up to gooey pizza pies?  Well, junk food strips us of our longest life.  But what about the lucky ones who live past 100?  What do they devour that we don’t?

Some believe fitness, not diet, keeps us young.  Author Dr. John D. Day says, “It’s one thing to eat healthy and be able to run 26.2 miles.  I was eating trash and was still able to do it.  Surely, I told myself, that wasn’t just an indication I was healthy, it was an indication that I was more than healthy” (p.  4 of 252, 1%).  But the doctor—like many of us—fooled himself.

He could run, but his poor diet caught up with him:

I was overweight, overworked, hypertensive, and had a cholesterol level much higher than it should have been.  I was also in constant pain.  There was pain in my chest from acid reflux.  There was pain in my back and neck from an autoimmune disease ….  Food often became lodged in my esophagus from a condition … which makes it difficult to swallow ….  I took five medications daily.  And that helped … for a while” (p.  4 of 232, 1%).

To address his failing health, Dr. Day grew curious about the lifestyles of some of the oldest people on earth.  So, he, his wife Jane, and their son traveled to a remote Chinese village called Bapan.  Bapan boasts a high percentage of centenarians—people who live to 100 and beyond.

Dr. Day researched the villagers of Bapan, reporting, “These people don’t just survive into old age; they thrive in every way ….  To witness, as I have, a 110-year-old woman walking down the street throwing kicks and chops is a wonderful experience” (p.  18 of 232, 6%).   He adds that the villagers eat “a bit of animal meat, but not much.  Nothing processed.  No refined sugar.  And, owing to the fact that most Chinese are lactose intolerant, no dairy products.  Lots of roots and tubers.  Lots of wild fruits, garden vegetables, nuts, seeds, and legumes.  Whole grains, never refined, and not too much” (p.  31 of 232, 10%).

These hundred-year-olds defied the medical knowledge gained by Dr. Day: “It stood in stark contrast to much of what I’d learned at John Hopkins and Stanford.  In those places, I’d been taught that chronic medical problems were just part of aging and that we have medications and surgeries to treat these conditions.  In this way of looking at life, a painful decline was pretty much inevitable; all we could do was make it more tolerable” (p.  15 of 232, 5%).

But a painful decline may not be inevitable.  Not for me.  Not for you.  Not for those of us stricken with disease.

Two years ago, I believed I had two years left to live.  But today, my goal is to live well beyond 80.  But a disability of mine is believed to cut life short by fifteen years.  So, I need to live extra healthy.  Dr. Day says, “If we’re going to do something radical, such as resolving to live longer, happier, healthier lives, it should begin with what we eat” (p.  14 of 232, 4%).

Some of us may be living with disease.  But despite this, I wholeheartedly believe we all stand a chance of living beyond our 80s.  One way to achieve such longevity is through tweaking our diets.  So, here are dietary tips from me, Dr. John Day, Jane Ann Day, and the centenarians the doctor studied from the village of Bapan:

Avoid supplements by getting your nutrients from whole foods.

If you have a window or a basement, then garden your way to a long life.

Dr. Day and Jane Day point out that “every window in your home is a potential greenhouse in which you can grow carrots, microgreens, salad greens, and tomatoes.  Your basement is a perfect mushroom farm.  Your roof is a vastly unlimited surface for planter boxes of all sorts” (p.  64 of 232, 20%).  If I knew mushrooms grew in basements, oh, I would’ve grown them.  Instead, I brought four sun-loving plants into my basement suite and slowly watched them die.  It broke my heart.  But if I ate them instead, well, that’s a happy ending.

According to Dr. Day and Jane Day, “Fresh vegetables and fruits are better for us, too.  That’s because many lose significant nutrients in the days after they are picked through a process called respiration.  A green bean, for instance, will lose 77 percent of its vitamin C within a week of being picked” (p.  62 of 232, 20%).   So, “buy produce grown as close to you as possible and know as much as you can about the conditions under which it was grown.  … With this in mind, I encourage my patients to shop at farmers’ markets as often as possible to cut down on farm-to-plate time and create opportunities to understand more about their food” (p.  63 of 232, 20%).  So, get mummified mangos from major grocers; teenage turnips from local farms.

I did a search online for farmer’s markets and spotted two.  But I pooh-poohed the farmer’s markets.  After all, major grocery chains offer “local” and “organic.”  But, at major grocers, I rarely see signage saying both “local and organic.”  And who knows how grocers define “local”?   But I‘d love to preserve up to 77 percent of a green bean’s vitamin C.  So, once my budget shines, I’ll dine at the local farmer’s market.  Skip cold and flu pharmacies; get your C’s straight from the farm.

“Every meal in Longevity Village, including breakfast, is served with leafy green vegetables, a tremendously good source of vitamin K, which is vital to blood coagulation and helpful for strengthening bones.  Despite the fact that it’s really easy to get your daily dose of K (just one serving of kale of spinach will do it for you) most Americans fall short” (p.  38 of 232, 12%).  A cheap way to get leafy greens is to buy organic beets—capped with beet greens.  Two meals in one—a buffet for rabbits.

Cut out sugars to prevent diseases.

“Take breakfast cereals for example.  Despite what the packaging might claim, these factory-crafted substances, in which the most prevalent ingredient is often sugar, aren’t at all a ‘part of a complete breakfast.’” (p.  58 of 232, 18%).  If it’s loaded with sugar, shove it away.  In contrast, consider almonds.  “Because there is very little natural sugar in an almond, and it is digested very slowly, there’s almost no effect on your blood sugar, which means there’s no trigger for the release of insulin, which means your liver is left alone to do more important things than making fat” (p.  59 of 232, 19%).  Boxed cereals should be renamed “sugar bellies” to cut to the truth.

To lower my sugar intake, I stopped eating plain Greek yogurt and All-Bran cereal.  These two foods summed up to 16 grams of sugar.  Ouch! That’s two-thirds the sugar in a chocolate bar.  So, I replaced the bran and yogurt with porridge and organic kefir milk.  That brought the sugar content to zero grams.  But I still crave the sugar highs.  So, I started chowing double the bananas, double the apples, and twice the servings of blueberries.  But I plan to taper off the extra fruit.  Ah, no diabetes, cancer, or heart disease here.  Yes, healthy girls are not made of sugar and spice.

Eat whole grains (not the processed kinds) for a long life.

“As much as possible, the grains we eat should look pretty much the way they do when they come off the plant” (p.  35 of 232, 11%).  But are grains even healthy?  Dr. Day says, “While there has been a recent flurry of books and websites demonizing grains in every form, the scientific literature does not support this belief” (p.  35 of 232, 11%).

But I say take heed with GMO grains.  According to Livestrong.com, “The bio-tech and agricultural company Monsanto has developed genetically modified wheat, but the USDA has yet to approve it.”  GMO crops are genetically modified to withstand pesticides.  So, when sprayed with pesticides, GMO crops survive while the weeds die.  But the problem is, super weeds have since sprouted, also able to survive pesticides.  As a result, GMO crop farmers spray their fields with even larger doses of pesticides.  And we nibble on the pesticide residues—yes, a double decker pesticide parfait.

But even non-GMO grains get sprayed with pesticides.  Thus, some say pesticides—and not the grains—are the true culprits behind grain-related diseases.

I told my dietician I dislike eating grains due to pesticides.  She replied that organic and nonorganic grains have similar amounts of pesticides.  That’s because pesticides from nonorganic farms blow onto organic farms, making both farms similarly bad.  She said, go ahead and gorge on nonorganic.

But wait!  If I buy nonorganic grains, I’m supporting the use of pesticides, right?  But my dollar serves as a vote for what gets produced.  So, I’ll stick with organic.  You can vote non-GMO with your shopping cart.

But my dietician also said the gains of grains outweigh the risks of pesticides.  So, I’ll eat porridge until I find an organic version.  And I bet sprouted organic porridge bulks up my lifespan by fifteen years.   Yes, I’ll grin a full set of teeth—stained with organic grains—by the time I turn 110.

So, now you have tips to kickstart a centenarian’s diet.  And when you turn 110, will you be doing karate chops, or splitting wood and pressing behind the neck with haybales?

[This column is for interest and entertainment purposes only. The author is not medically trained or certified and you should alway seek professional medical advice from a qualified practitioner in matters of your health]

The Fit Student—An End to Obesity