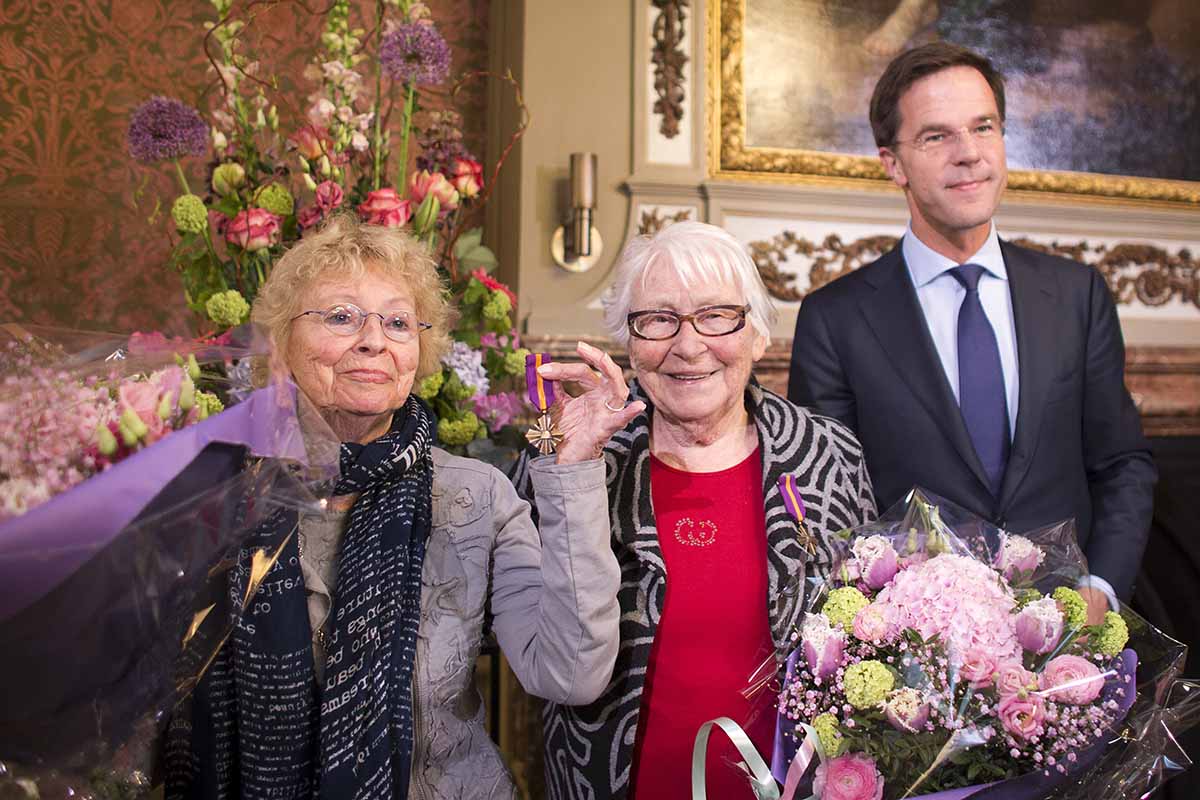 Truus Menger-Oversteegen was a Dutch painter and sculptor who was honored for her anti-Nazi, Dutch resistance activities (along with her sister Freddie and a third woman, Hannie Schaft) during the Second World War.

Oversteegen was born August 29, 1923, in the city of Haarlem in the Netherlands.  She and her younger sister were born to a single, working class mother, who belonged to the communist party.  At the onset of the war in Europe, Oversteegen’s mother brought Jewish refugees into their home.  She was adamant in teaching her daughters the importance of fighting injustice.  The sisters grew up distributing leaflets and undergrounds newspapers for the resistance.

When Truus and her sister were only 16 and 14 they began actively working for the resistance.  Their activities were dangerous, as at times the girls would lure Nazi officers into the woods where they would be shot and killed by the resistance.  Eventually the girls would participate in these assassinations.  Their youth worked in their favor, as no one would suspect these two innocent looking girls of being part of the resistance movement.  Neither Truus nor her sister have ever revealed how many assassinations they took part in, when asked, Freddie would say they were soldiers and soldiers don’t tell.  As a result, not a lot is known about how these acts were played out.  Other activities the sisters participated in include working in emergency hospitals, blowing up railway lines and locating hiding spots for Jewish refugees and their children.  By the time the war ended, the Germans were offering 50,000 guilders for the capture of the girls.

In November 1945 Truus married and had four children.  Throughout her life she was a guest speaker at many universities and colleges, speaking about war, anti-Semitism, acceptance and tolerance.  In May, 1967, Truus Oversteegen was recognized by Yad Vashem as Righteous Among the Nations, an honorific used by the State of Israel to describe non-Jews who risked their lives during the Holocaust to save Jews from extermination by the Nazis.

On April 15, 2014, Prime Minister of the Netherlands, Mark Rutte, awarded Truus Menger-Oversteegen and her sister Freddie Oversteegen the Mobilisation War Cross.  Menger-Oversteegen’s book was published in 1982.  “Not then, Not now, Not ever” is a memoir about her experiences during the war.  Truus Oversteegen passed away at the age of 92 on July 2, 2016.  Her sister is currently residing in the Netherlands.  The sisters are the focus of a Dutch TV documentary, “Two Sisters in the Resistance.”

You can find more information about their adventures at Girlboss.