Athabasca University has recently released their brand new university orientation site. You can check it out yourself at http://orientation.athabascau.ca/ if you want to see what AU feels is important for new and prospective students.  You may not want to, however, if you want to avoid doubts about AU’s competency on the web.

I popped in myself for a few minutes today and, once I created an account (really? Although I suppose everybody wants you to have an account these days, so ah well) after the initial thought of “oh, it looks very nice” I immediately was hit by the thought of, “what the hell?  How can I go anywhere?”

It seems that AU has decided that prospective students being able to access any portion of the site that interests them, like they do with any other part of the web, is simply too confusing for prospective AU students.  There’s too much chance they might miss some part of the orientation, I guess.  Obviously prospective students won’t mind at all being forced to tab through each and every section, in order, before they can proceed to the next section.  I mean, so what if what you’re interested in is the finances sections primarily, AU has decided you need to first find out about their history, the technology they use, how to register, what kind of student services there may be, etc, and only once you tab through that can you finally see finances.

But what’s the big deal right, you can just skip through each of the first 40 (yes, 40) pages to get to that finance information, after all. Okay, so even if each page skip takes a couple seconds for the page to do its really cool power-pointesque swish in from the side that I’m sure someone on the design team was absolutely enamored with, that’s only a couple of minutes of wasted time.  Oh. Except I forgot the quizzes.  That’s right. Not only do they prevent you from simply going to the place you want, they try to ensure you haven’t skipped anything by having a quiz at the end of the sections.  It’s not a hard quiz, of course, but seriously, does nobody on the design team have any UI knowledge?  Do they not understand that if most users of the web can’t find what they’re looking for within three to five clicks, they’ll simply go elsewhere?

You know what I bet the primary response of people will be?  After the first three pages they’re forced to go through, I think they’ll decide that any university that thinks a cool transition and forcing a user to move through information lockstep is more valuable than the person’s time isn’t a university that they want to be attending.  And this doesn’t even get into things such as there’s absolutely no indication of any student community there. No suggestion of the Facebook group, no link to the Voice, not even a link to their own “The Landing”.  I know from simply watching the FaceBook group that one of the concerns many students have about first signing up with AU is whether there’s any sort of student community that they can find support from. To not have anything listed in what’s supposed to be an orientation, then, doesn’t seem like they’re actually thinking about what the students need and want, but more want to show off their fancy page systems.

Now, I’ve been told that the university is making changes to the site even while it’s launched, so perhaps some of these issues might be addressed.  And maybe I’m just being a cranky old cynic. So do me a favor. Go check it out.  If you agree with me, let AU know.  And if you don’t, by all means let me know.  Enjoy the read! 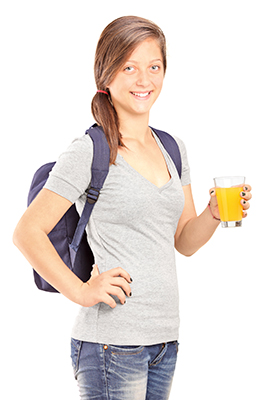 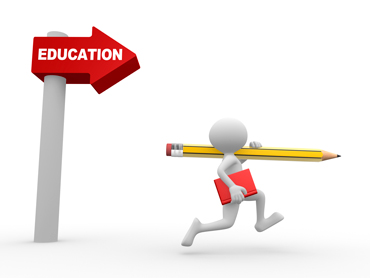 Ready for some Re-Orientation? 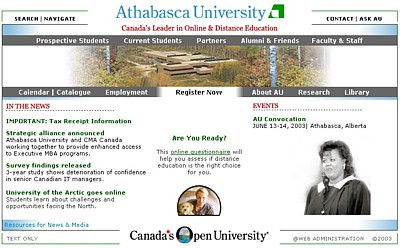