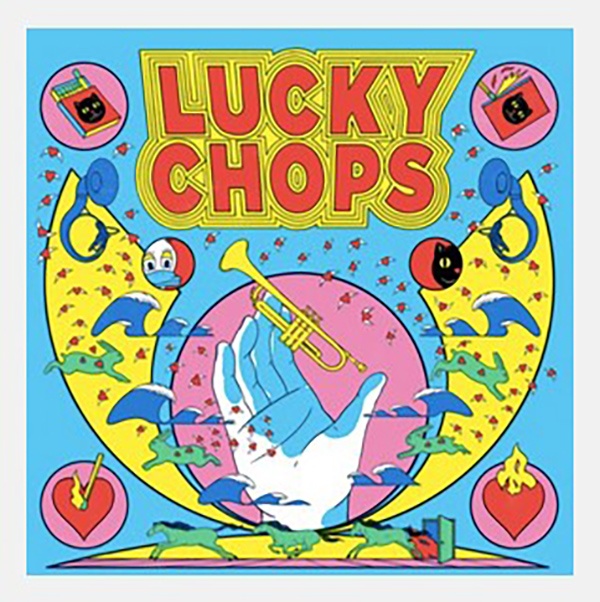 Only art penetrates what pride, passion, intelligence, and habit erect on all sides – the seeming realities of this world. There is another reality, the genuine one, which we lose sight of. This other reality is always sending us hints, which without art, we can’t receive.

The Mindful Bard never stops scouting for promising new talent and rediscovering gems from times gone by. If you have any suggestions of music, film, writing, or any other creative works worth checking out, feel free to mention them in the comments section below!

Lucky Chops, the New York brass funk ensemble that will surely invoke happy memories of your high school band, has just put out “Full Heart Fancy,” the first single from their self-titled album, which is set for release in a couple of months. These young fellas have managed to build a small cult following by busking in the New York subway for the last 14 years. Their instrumental music has a deliciously geeky vibe that keeps this joyful escape from being yet more mindless zombification. People, we need this.

Band members are tenor sax player, Daro Behroozi, trombonist, Josh Holcomb, and on trumpets, Daro Behroozi and Joshua Gawel, and they’re on a mission. When asked where all their exuberance comes from they had this to say:

“Our exuberance stems from our desire to convey the joy and power instrumental music can deliver. We want to inspire others to express themselves in unique and original ways by learning and playing instruments. We’re living in a time when school band programs in NYC and across the country are being cut and defunded, so we aim to introduce the next generation to the amazing world of instrumental music.

“We believe that music can be a therapeutic healing tool, and at our shows we fill our sounds with that power to hopefully heal those in our audiences who may be hurting. In addition, we believe there’s a healing joy found in dancing, so we work hard to craft danceable rhythms and beats into our music. Though our music is meant for everyone, we do get particular fulfillment from seeing young students at our shows; we do our best to encourage them in their individual creative pursuits, and we often do special programs in schools across the world. We started our Lucky Chops while in our high school band class, so our hearts go out to all the band nerds out there.”

The album’s release will be followed by an extensive European tour. 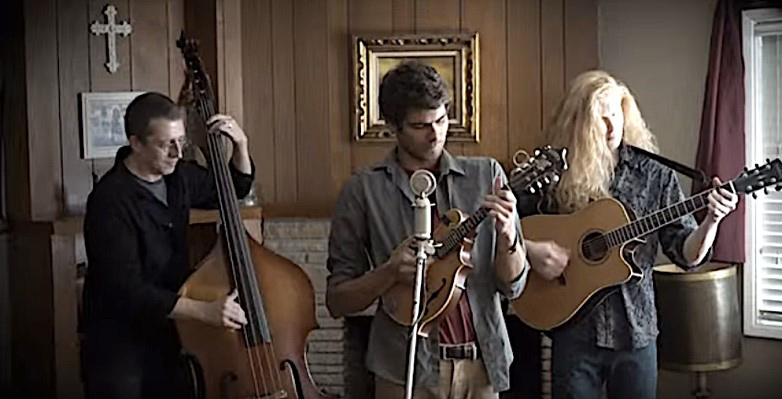 Another self-titled debut comes from the Rose Valley Thorns, whose luminous re-imaginings of the bluegrass tradition bring the genre into the new millennium with bells ringing (one of the songs is called “There’s an App for That,” while another is about one band member’s fight with MS).

Members include brothers Joshua (mandolin) and Jared (guitar) Bergmann and bassist Corey Highberg. They record using single vintage microphones, which does make you feel like you’re listening to them at your local pub. The introspective lyrics sometimes make this sound like the Incredible String Band—not surprising as they’re inspired by the same musical traditions.

I asked the band what in their life experience made it possible for them to create original material in this very traditional genre, and I got this reply from Joshua Bergmann, the band’s singer, mandolin player, and songwriter:

“My whole life I’ve always been drawn to things that feel raw and authentic and that sense of nostalgia that they touch in me as they reach something older and deeper than myself. The town I grew up in, Ojai, California, is a small mountain town with a really down-to-earth and artistic vibe. Being raised there definitely gave me a respect for traditional music.

“The phrase ‘old soul’ is pretty cliché, but this stuff has resonated with me since a young age. Songwriters like Bob Dylan and Paul Simon really moved me as a young teenager, with such profound creativity while tapping into that indescribable feeling of a resonance with something ancient.

“So while I started falling in love with traditional bluegrass I still needed to create, to write songs. With the world we live in today and the context of my life, I didn’t feel drawn to write the typical traditional bluegrass or folk music. I needed to give the music a twist to reflect my own life experience. That’s where all the modern flairs come in, and I’ve embraced that. Old meets new!”

Still getting off on the music of Lex Norwood, the Kansas composer/producer/ keyboardist who created A Struggle For Peace, an album that weaves social concern and sensual joy into spiritual transcendence. Just keeps lifting me higher.

Another happy find is the verbal deluge Kevin Bennett, a singer-songwriter, author, and comedian. Listening to his clever Beefheartesque musical ramblings is something like witnessing a train wreck. On careful examination his flood of words carries messages both edifying and entertaining. 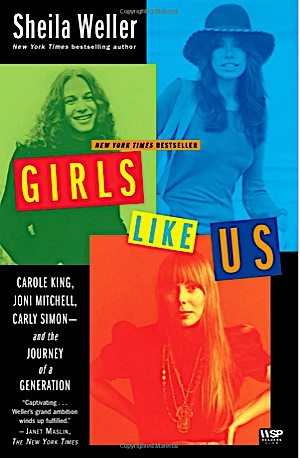 Moving on to books, the nonfiction Girls Like Us, by Sheila Weller, is about how three iconic female singer-songwriters — Carol King, Carly Simon, and Joni Mitchell — helped change the world for women in the sixties and seventies.

In my opinion it was Carol King, the least glamourous of the three, who best exemplified the artistic life well-lived, plugging away at her craft, dressing her children with one hand and plunking out new tunes on the piano with the other. It was like she’d internalized Rodin’s advice to artists to simple “get to work.”

Weller has broken up and interspersed the three women’s stories to make a great read, their lives often echoing and intertwining. All three had powerful work ethics that garnered them gobs of fame and fortune — that did nothing to protect them from bad relationships and other heartaches.

Also, after having heard her name bandied about for years I finally decided to check out Laura Nyro, whom I’d always assumed was an introspective folky like Janis Ian, so I was amazed to hear her sounding as Motown as all get out. It was was Nyro who wrote “Wedding Bell Blues,” no less. You’re never too old to banish ignorance.

I’m still haunted, two weeks after having seen the 2017 film Braguino, directed by Clément Cogitore. It’s a documentary about a backwoods Siberian family. What constitute mundane elements of this family’s life are some rather jarring images: one boy among a herd of towheaded children staring into the camera as if examining the viewer’s very soul, the up-close shooting of a massive bear, and later a ruffled and beribboned little girl playing in the sand, wearing on her feet that bear’s paws as shoes, the claws peeking out, sinisterly, under the pink ruffles of her dress.

And finally, the indie horror short Possibly in Michigan is to die for hilarious. I hear youngsters are memorizing the opening song, and well they should.