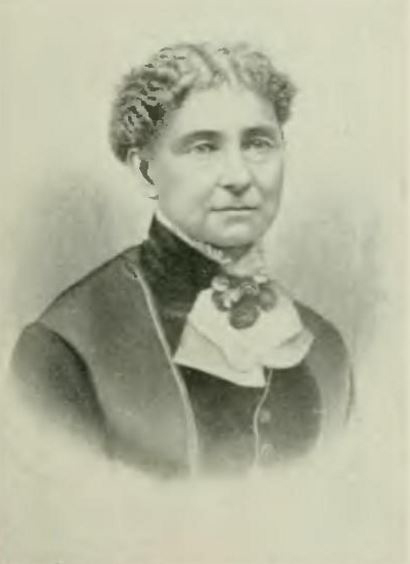 Amelia Jenks Bloomer (May 27, 1818­­­­–­December 30, 1894) was an editor who wrote for the women’s right and temperance movement.  She was the first woman to own and operate a newspaper (The Lily) written exclusively for women.  The Lily was published biweekly from 1849 to 1853 with an eventual circulation of over 4,000.  Most of the articles were written by Amelia, with contributions by Elizabeth Cady Stanton.  Stanton was instrumental in proposing women be granted the right to vote.  Bloomer was much less radical than Stanton and believed women must “gradually prepare the way for such a step.” The Lily became a model of future publications which were focused on women’s suffrage.

Amelia Bloomer’s describes how it felt to be the first women to own and operate a newspaper for women, writing, “It was a needed instrument to spread about the truth of a new gospel to women, and I could not withhold my hand to stay the work I had begun.  I saw not the end from the beginning and dreamed where to my propositions to society would lead me.  ”

In her publication, Amelia promoted a change in women’s attire that would provide them with more liberty to move freely.  Her new clothing consisted of a long shirt and pantelettes.  Pantelettes are a free-flowing undergarment with a frill at the bottom edge.  She made the following declaration with her new line of clothing: “Let men be compelled to wear our dress for awhile and we should soon hear them advocating a change.”

Amelia Jenks was born in Homer, New York, to a middle class family.  At age 17, after only a few years of formal education, she moved to Waterloo, New York, where she worked as a tutor and governess.  At 22, Amelia Jenks married Dexter Bloomer, who was a law student at the time and the editor of his own newspaper.  They adopted two children.  Dexter was a strong supporter of Amelia’s activism and encouraged her to write for his newspaper, The Seneca Falls County Courier.  Eventually Amelia and her husband moved to Iowa and sold The Lily to Mary Birdsal, a journalist and temperance worker.  The publication continued until 1859.  In 1870 Amelia Bloomer helped found the Iowa Woman’s Suffrage Society.

Amelia continued to write for several publications but began to curtail her activities in her later years.  She died on December 30, 1894 at Council Bluffs, Iowa.  Shortly after her death her husband Dexter Bloomer published “Life and Writings of Amelia Bloomer.”

In 1975 Amelia Bloomer was inducted into the Iowa’s Women’s Hall of Fame, and in 1995 she was inducted into the National Women’s Hall of Fame.  In 1999 the unveiling of a statue of three women called “When Anthony Met Stanton.” The statue was commemorating when, on May 12, 1851, Amelia Bloomer introduced Susan B.  Anthony to Elizabeth Stanton.  It was placed in Van Cleef Lake in Seneca Falls, New York, where the introduction took place.

Additional information about this all but forgotten woman can be found at https://www.historytoday.com/miscellanies/lily-liberty-amelia-bloomer-200

Women You Should Know –

Women You Should Know – March Women