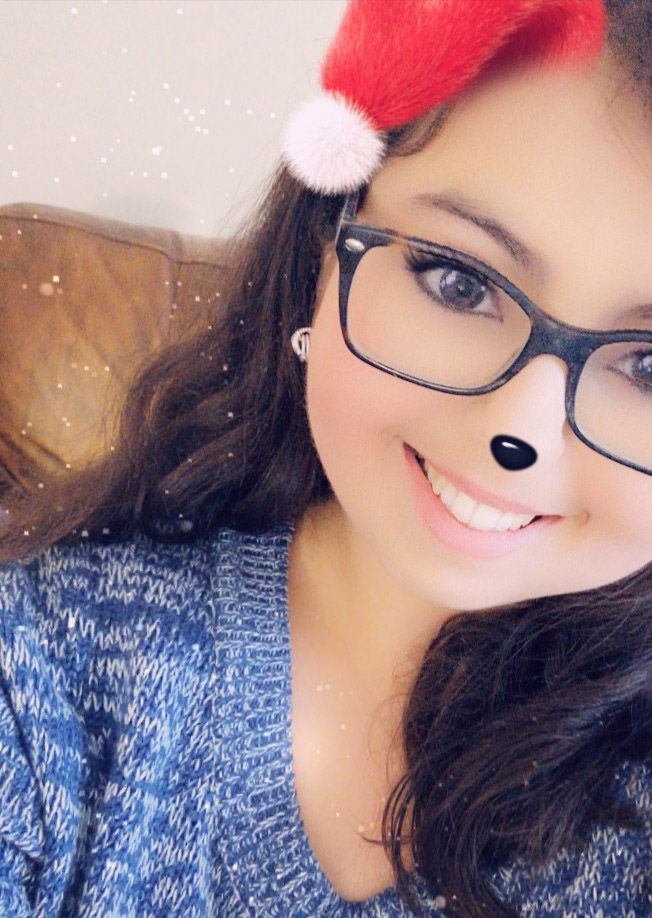 Marissa is a 20-year-old mom living in Ontario with her son and husband.  She is originally from England and shares her experience moving to another country at such a young age.  Marissa is currently enrolled in the Bachelor of Arts is Psychology, which a minor in Sociology program at Athabasca University and hopes to eventually be a criminal lawyer, specializing in cybercrime and cybersecurity.  This is her story.

Can you give us a little bit of background information about yourself? Who are you? Where do you live, where do you come from?

My name is Marissa and I’m a 20-year-old mom.  I’m originally from England but I moved to Canada three years ago.  I now live in Ontario, and I love it, asides from the winters!

Why did you make the move to the Great White North?

I came to Canada for a shot at a better life.  I grew up in a very poor family, with little quality of life.  I wasn’t doing well in school, I didn’t have many friends, my older siblings were off doing god knows what and my mum was never around.  So, I decided to move here in order to better myself and do good in school and become someone new, and someone I could be proud of.

What was the experience like moving alone at such a young age?

It was super scary at first.  I was just barely 18, on my own in a country where I knew next to nobody.  Everyone sounded funny, everything tasted funny, all the TV shows were funny.  It was like being on another planet! It helped me to mature and grow though.

The only person I knew was my husband, who at the time was just a friend that I’d met in England several years prior.  We were super close, and always talking before I moved, and when I came over, we just instantly connected.  We got married about six months later and had my son soon after that.  It put a stop to the whole university plan, but that’s why I am at AU now, to finish it!

Do you miss anything from your time living in England?

I do miss some things, like proper fish and chips, and all the TV shows they have, Iran Bru (it’s a drink), and this one candy called Jelly Babies (it’s like gummy worms but softer and in baby shape).

What program are you in? Are you enjoying your program?

I’m taking a Bachelor of Arts in Psychology, with a Minor in Sociology.  I have not been taking it for very long, but I love it so far.

Could you describe the path that led you to Athabasca University? What made you decide to return to school and what interested you about AU’s Psychology program?

My journey that led me to AU is rather unique.  When I had just turned 18, I moved to Canada alone, after dropping out of high school.  I got a job, met my (now) husband, and had a baby.  It was after our son was born that I realized I wanted more for my life, and when I thought there was no chance for me to go back to school (because of daycare waitlists and costs), I finally found AU! The relief I found when I could finally achieve my dream was so overwhelming!

Do you have any advice for people who are on the fence about going back to school?

To anyone else on the fence about going back, AU is the right choice.  You can learn at your own pace, in your own time, and it is very flexible!

What do you like to do in your limited spare time? Do you have any hobbies?

When I’m not studying, I get super messy and creative with my toddler, teach my dog tricks, and go on family road trips with my family! If I have the time, though, I’ll paint or sketch.

What are your plans for this education once you finish? What would be your dream job?

Once I’ve graduated AU, my dream is to apply to the University of Toronto’s law school and become a lawyer! My dream would be to become a Criminal Lawyer with a speciality in cybercrime and cybersecurity.

What made you interested in being a lawyer for cybercrime and cybersecurity?

What a cybercrime lawyer does is represent companies or people accused of cybercrime in a court of law.  Why I would focus on cybersecurity as well is so that I have the knowledge of what you’d have to do to protect your infrastructure against such crimes in order to better understand it.

Who in your life had the greatest influence on your desire to learn?

My greatest influences to go back to School would be my husband, who always pushes me to be the best version of myself I can be, and my Son, who makes me want to become someone he will grow up admiring and be proud of!

Could you describe your experience with Athabasca University and with online learning so far? What do you like and dislike?

Like I said, I have not been doing it for very long, but so far, I love that the learning is all self paced.  For me, especially with math, I have to read a concept a few times before I can understand it, which is hard when you’re in a fast-paced class.  I think the only thing I don’t like is how to handle exams.  At first, it’s quite daunting, but it’s easy once you get the hang of it.

What’s your favorite AU course that you have taken so far, and why? Would you recommend the course to others?

I’ve only taken a semester of courses so far, but out of all five, I really love Math 215 (Introduction to Statistics).  Something about it just gives me a buzz, and the math is just fun! It’s also an amazing course if you have dyscalculia, like I do, and can finally understand complex math.  I recommend it to anyone who enjoys algebra, or even someone with dyscalculia who wants to do an easy math course.

Can you explain a little bit about what dyscalculia is?

Dyscalculia is a learning difficulty in math.  It makes it super hard to make calculations, even to do simple addition.  It’s harder to spot in preschool age kids, but as you get older it makes life more difficult.  For example, it’s hard to apply math concepts to money, hard to grasp information from charts or graphs, it’s hard to measure ingredients in a recipe, etc.  For me, it feels like I’m given a text written in foreign language and expected to know it fluently.

How has it affected your learning?

I’ve had a lot of struggles with dyscalculia because it wasn’t until I was about fifteen that one of my math teachers realized that it was more than just “oh, she’s just bad at math.” He pulled me aside and did a test with me, that, depending on the score you got, would determine if you had poor skills, or dyscalculia.  I scored really, really poorly, and he told me that I had a 99% chance of having it.  I did a formal diagnostic test at school a few weeks later and it was confirmed.  This sucked, but I got extra help at school, and after school, and I managed to score a C in my math GCSE, when I was estimated at an F.

I had to take a math course at AU as part of my psychology course, so I decided to get myself a tutor for extra help on my course, and I got an A on my first assignment.  It’s more complex math than I’ve ever dealt with, and so I was so thrilled that all the hard work paid off!

What is your biggest pet peeve, if you have one?

My biggest pet peeve is people who leave their garbage everywhere at restaurants or at school or places.  It’s even worse when they say, “well it’s the janitor’s job to clean it.” Even if that’s true, it’s just respectful to tidy up the area you used.

Could you describe one of the proudest moments in your life?

Honestly, every day my son hits a milestone is the proudest day of my life.  However, the absolute proudest, is when he took his first steps on Christmas day.  He was nervous about walking and standing, and he really didn’t want to even try.  And then on Christmas, he took some steps, fell, and then got back up and kept going.  Never cried so much in my life.

Could you share something that distinguishes you from other people?

I think, if anything, the thing that distinguishes me most, is that I have 6 nephews! My older siblings are 13 and 10 years older than me, and they had kids in their early 20s, so when I was 7 my oldest nephew was born! But growing up with nephews when I was just a kid myself, they’re more like brothers than anything else.

Have you traveled? Where has life taken you so far?

I’ve only travelled to a few places, but I’ve been to Scotland, France, Israel and Canada.

Which were your favorite places to travel and why?

Out of those places, my favourite is France.  The culture and the smell of fresh bread everywhere is amazing.  Paris is super romantic too, and it’s got some beautiful architecture.

Are you reading any non-AU books right now? Could you describe it and are you enjoying them?

I’m currently reading a funny book called The Little Old Lady Who Broke All the Rules. It’s Martha Anderson’s dream to escape her retirement home and to rob a bank.  She’s determined to do this to fund an exciting life for herself.  Recruiting her four oldest friends, they decide to rebel against the rules and stage a protest against early bedtimes and inedible meals.  The group, calling themselves the League of Pensioners, decides to break out of the retirement home and have an adventure! This tale is a rather amusing read, and the first in a trilogy of funny novels by Christiana Ingelman-Sundberg!