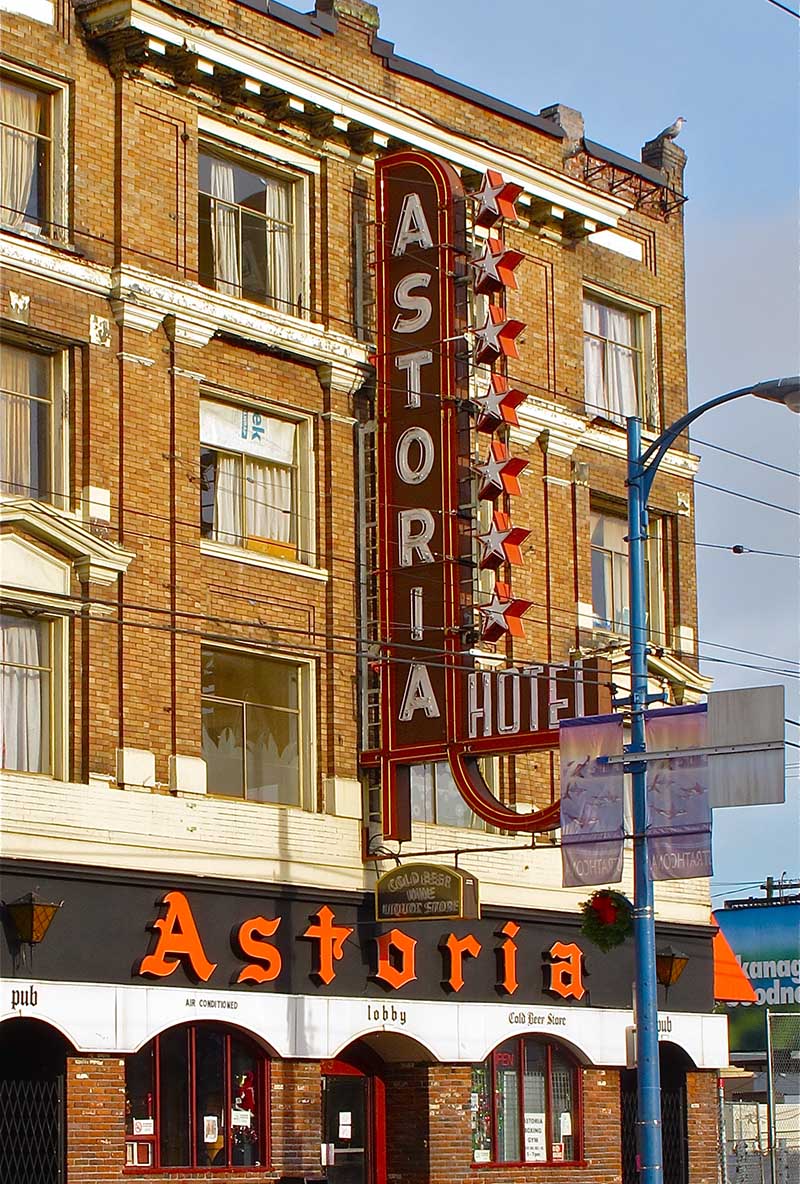 It’s been many years since Marcus and I shared a pitcher in the beer parlor of the Astoria Hotel on Vancouver’s East Hastings Street.  I can’t remember which mutual friend or acquaintance had introduced us, but I have never forgotten sitting across from him in the smoky, gloomy room, with its permanent funk of tobacco, sweat, and hops, leaning forward across a formica table covered in toxic-orange terry cloth, entranced by his stories.

Perhaps it was partly his voice that got me.  He had a refined, South London accent, which seemed very much at odds with his face, which had seemingly been weathered by several lifetimes’ worth of little sleep and hard living.  It was the voice of a Cambridge Don, or some patrician Shakespearean actor.  (Interestingly, Marcus’s Aunt Dot had once been a professional actress – not well known, but respected.  She had appeared on the stages of the Old Vic, Adelphi, and Duchess theatres, acting alongside Vanessa Redgrave and Glenda Jackson on one occasion.  Apparently, she had been beautiful and charming, and as such had been invited to a great many gallery openings and society parties; according to Marcus, she had been quite friendly with Lucian Freud, Harold Pinter, and Bryan Ferry.)

Marcus’s early childhood had been spent in a small , touristy seaside town on the west coast of England: “Butlin’s holiday camp, two or three boozers, and a pier jutting out into the North Sea, with a rattly old roller coaster and Ferris wheel.  All-in-all, a cheerful little dump.” His homelife, too, had been more-or-less cheerful.  His mother had run a tea shop, and his father had been a professional musician: a piano player, forever on the road all over Europe, touring mostly with jazz bands, playing in supper club orchestras, or whatever gigs came his way.  Both the parents had been drinkers, and there had been many loud and sometimes violent arguments, but, by-and-large, they were a just slightly bohemian bourgeois family.

His mother left, though, when Marcus was thirteen, to take up with a painter who lived on the Isle of Man.  This was when things had fallen apart; the centre could no longer hold.  His father spent even more time on the road, leaving the children with a “psychotic” girlfriend of his, who had sexually tormented Marcus, and frequently threatened to dose his younger sister, Lina’s, cocoa with rat poison if he didn’t “learn how to behave.”

When he was seventeen, in Marcus moved to London to attend art school.  He shared a cold water flat in Vauxhall with two women, fellow students, and for a time led a pretty good life again, making a little cash from waiting in restaurants and bars, painting whenever he could, and going to the great London punk clubs on weekends to see Siouxsie and the Banshees, The Damned, and the Slits.

Marcus, like his father before him, turned out to be a man with a large appetite for substances, and even the lure of art and sketching live nude models could not compete with the inspiration to be found in bottles of gin and syringes filled with heroin.

Then, one night when he was very high, he got a phone call from his father to advise him that Lina had committed suicide; she had opened up her wrists in the bath of her boyfriend’s apartment.  Of course, he blamed himself for having left her behind.  From there, things went badly awry, and life itself became a rattling rollercoaster of depression, addiction, crisis, recovery, failed marriages, lost opportunities, addiction, recovery, addiction.

For all his self-destructive inclinations and hard times, though, I remember Marcus as a man with a bright and engaging smile, who had seen as many luminous times as dark ones.  Now that I think of it, perhaps it wasn’t just his voice and his stories that captivated me so.  Perhaps it was the realization that I was privileged to sit across a table and listen to a man who had lived a real, hard-earned life, flawed but rich, filled with highs and lows, moments of glorious beauty, a plethora of troubles, and plenty of love.  And it had never occurred to me before that time, but, at the end of the day, haven’t we all? 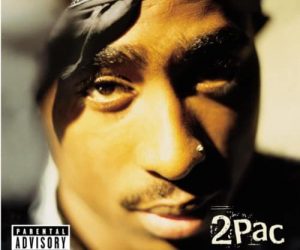