Columns
The Voice
Fly on the Wall—Effort Without Reward?

It’s a dark and stormy night and you’re cowering under layers of distraction.  Your motivation quivers and clings to life as your coursework sits undone.  Fearful that the academic gods will punish you for lack of effort, you hide yourself away until the horror of procrastination passes.  But wait! A deeper fear grips you; what if, despite your best efforts and most diligent outputs, the academic gods still pass you over for success.  Try as you might, it’s possible that you are just unable to succeed in a particular course or within a certain academic discipline.  The whims of talent are like a haunting; some ghosts are better ghouls than the others.

Hallowe’en cemeteries are filled with the bones of hopeful students who perished as they faced hideous monsters of math equations or essay writing.  It’s as though failure stalks us as the projection of our own worst failings.  We’re not all equal in our natural abilities, after all.  And that can be scary.  At any moment we may encounter a foe beyond our best efforts.  Alain Badiou illustrates just such a sense of foreboding with a childhood memory where he braved a dark woodland in the evening: “Lugging a big milk can, I  would get there by a steep rugged path, with tall hedges on either side that became high scary walls at night.  I’d walk alone uneasily in the dark, lonely night.  I was gripped by fear: I knew that at a certain moment a big dog with a black coat and shining eyes was going to start following me, silently, and would try to bite my legs” (Badiou, 13).  At any moment the hellhounds of academic failure may strike; uncertainty as to our success in school can be a constant and terrifying companion.

As it turns out, our worries over whether we can succeed in our schooling have much in common with those of one of the key figures in European history.  Five hundred years ago Martin Luther “was obsessed by dread of God’s anger” and suspected that no matter the charitable donations he made, or caring acts he committed, he could still never buy or cajole forgiveness for his inherently sinful human nature (Luther, 109).  As students we may not think or believe much with regard to souls or salvation but the possibility of us failing to reach our private academic promised land is real indeed.  It’s possible that, no matter our efforts, we will discover that we just aren’t going to excel at topics we thought we could if we really applied ourselves.  As if under a witch’s spell, we’d deceived ourselves in seeing beautiful possibilities instead of the reality of ugly truths.  I can tell you, when it comes to the interbreeding of letters and numbers, calculus, the origins of hideous monsters seems not so far away.

We need not quiver in fright, though; a dream unpursued is worse than any temporary setback.  And anyway, there’s great options for all of us at AU so long as we remember that we can’t expect to just sign up for something without considering our actual abilities.  Effort doesn’t automatically yield reward any more than saying something pleasant to a person means you are owed a smile.  Usually hard work will produce results, but it’s not a guarantee.  We can believe that we can apply an economic model to our studies, equating our toil with inevitable reward, but that may be folly.  Martin Luther noted a haughty egoism inherent in the belief that if we do what’s right, in our case studying with diligence, we are automatically rewarded.  Luther’s words certainly precluded 21st Century criticisms of entitlement ethos.  “There is no rational preamble to faith because reason is not a neutral instrument for the discovery of objective truths; it is misled by its own bias and even corrupted by sin-that is, by the egocentricity of the unredeemed man.” (Luther, 111).  We can’t buy our degree with effort any more than with money; unlike some universities where certain students seem to glide by despite fundamental language or attendance deficiencies that would prevent them from passing even the most lax of Grade 10 class, we at AU are up against it if we can’t demonstrate our learning and write our own essays.  Sometimes we’re inspired to succeed, but, sometimes, we’re just signing up for the rack.  A scary thought as we approach Halloween. 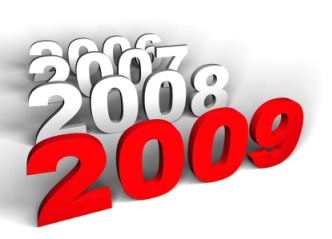