The practice of yoga (literally yoga translates as ‘the practice’) would appear to go back millennia as an Indian tradition.  Yet, in historical terms, what we now know in the West as yoga actually parallels, only a couple decades later, the gold rush of the Yukon.  Just as modern education was wheedling its way across North America and springing up in rural schoolhouses, and just as mine claims were staked throughout the West as new veins of gold were discovered, yoga was imported to socialite parlours in big East coast cities.  “Export Yogis” distilled, in a means akin to a cultural sluice box, what the masses wanted: physical activity spliced with spiritual enlightenment. (https://www.yogajournal.com/yoga-101/yoga-s-greater-truth)

Back in India “postures such as those we know today…were not the dominant component” of the practice of yoga.  But in early 20th Century North America, brimming as it was with “an unprecedented fervor for physical culture” the physicality of yoga fascinated and tantalized an audience hungry for the exotic.  Incorporating western physical fitness regimes like wrestling, Indian teachers were more than pleased to utilize the term yoga for any “strength-building regimes” that matched the “physical culture zeitgeist”.  Shortly after gold was sought in the Yukon, a cultural corollary was the desire for a fit specimen of a body that would serve to bridge the Cartesian mind-body split.  Like alchemists of centuries past, the mystical goal was to create gold, or a golden life.  This North American “harmonial movement” led to the yoga we know today; anthropologically it’s what’s known as a “syncretic process” whereby different cultural beliefs combine into new and delightful forms.  As this Fly on the Wall can attest, yoga can certainly induce a form of growth.

Between a room of silent yoga practitioners (why is yoga not termed in English “the practice” while the posture known to almost nobody as “adho mukha sadvasana” gets the name “downward dog”?) and a series of mine claims, each with their gold miners tilling asunder, there remains in common an element of silent toil.  Like we at AU, slumped or erect over our desks but certainly applying our best principles of studious practice to construct edifices of academic erudition and clairvoyant charm, yoga and Yukon depend upon a near-silent environment.

Silence: Where Learning Rushes In

Some say that silence is compliance, but I forget who because their stream of verbiage left me feeling vaguely annoyed.  True silence opens up vistas of sound where real nuggets of inspiration may emerge in the mind.  Where else but in a yoga room would you find thirty specimens of enlightened vigour sharing space without chit-chat?  Perhaps yoga is the ultimate placebo leading to enlightenment; if so, the gold in a gold rush functions in the same way: as a draw towards the silent appreciation of life itself.  For better or worse, gold prospectors experienced a life changing time up there in the Klondike.  And, like we at AU whose personal growth is hard to chart on a report card, that process might be the biggest discovery of all.

Nature implies a certain non-symbolic, extra-linguistic, level of learning and appreciation; silence seems a language unto itself.  Max Picard once claimed that “the forest is like a great reservoir of silence out of which the silence trickles in a thin, slow stream and fills the air with its brightness.  The mountain, the lake, the fields, the sky – they all seem to be waiting for a sign to empty their silence onto the things of noise in the city of men.” (https://johnzerzan.net/articles/silence.html ).  Far from city noise, or right in the midst of it, we at AU learn to learn in the midst of a necessary serenity.  AU is about holding space for our authentic selves, not our selves that simply need a restful release from the daily grind, but our selves that yearn for new inputs of information and new combinations of ideas, our selves that hunger for the divinity within us that is piqued by the silent reading of distant discourses.  Silence is a space of growing and, as yoga participants and outdoor enthusiasts attest, silence “is a primary, summoning presence of itself so it’s a connection to the realm of origin” (https://johnzerzan.net/articles/silence.html).

Not All Time is Equally the Gold Standard

Parallel to plain comprehension (if it’s ever plain as day, or pure as gold) is the fool’s gold connection of time with productivity.  Gold rushes are all about time accelerated.  Sometimes a moment askance, where the second hand on your wristwatch (try wearing one, it makes for a different world in terms of study increments of 6, 12, 18 minutes!), is what matters most.   To study, perchance to think new thoughts and uncover that holy grail of inspiration; we have all the time in the world once we realize that our destiny has arrived: AU is the dream we’ve been waiting for and things have panned out in our favour!

So next time your head feels jumbled with life activities piled on top of study demands and stern headlines of ‘must-do’, let’s recall that there’s a timeless space of silence beckoning us to relax and discover the harmony and joy of learning at learning’s natural pace.  As Annie Dillard said “At a certain point you say to the woods, to the sea, to the mountains, to the world, Now I am ready.  Now I will stop and be wholly attentive.  You empty yourself and wait, listening” (https://johnzerzan.net/articles/silence.html).  The Yukon will always a be a potential, a captivating and distant place to the north of Alberta and BC, and yet its spirit lives within us all waiting to be discovered.  Tranquillity can be fleeting as so-called progress marches on, as the Boulder, Colorado-born singer Jello Biafra intoned thirty years ago (with the help of Vancouver band DOA):

“Had enough, I moved back home

To the mountains where I belong

But ski resorts have tamed the wild west

The hills we used to roam

And scarred with cheezy suburbs and cement

`Deer in your back yard’

If the deer somehow get past the fences and guards

And the industrial `park’ “

Be it the NWT capital or Dawson City (or any other seemingly-distant point North), the key to creative discovery here in our AU life is to remember to imbue ourselves with the rush that made the journey back to school exciting to begin with.  Freedom to roam, like adverts for Woodstock in 1969 that claimed there’d be plenty of open space to roam around, is both a physical and spiritual conception.  For most of, sequestered in our ivory tower the better to edify our minds and acquire top marks, inhabit a sanctum of indoor silence.  The essence of silence is simultaneously out in literal nature and within our inquisitive nature.  Perhaps that’s what we tap into, inner wellsprings of serenity, when things interlock in our mind and our coursework truly goes well.  There’s gold in them thar hills; our AU studies are the bounty we’ve been waiting for!

Singleton, M.  (2011).  ‘The Ancient and Modern Roots of Yoga’.  Yogajournal.  Retrieved from https://www.yogajournal.com/yoga-101/yoga-s-greater-truth 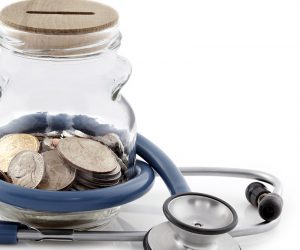