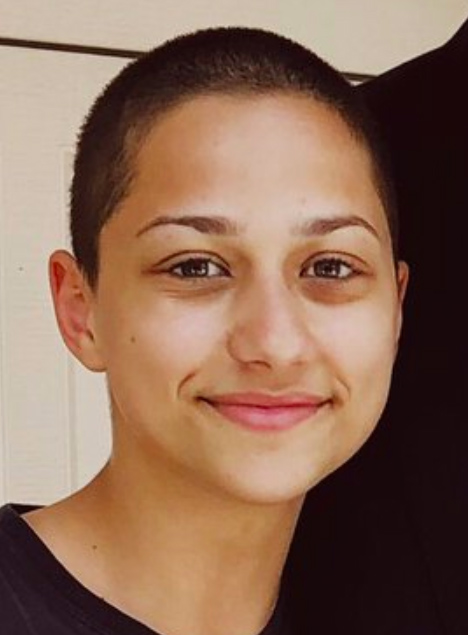 Emma was born November 11, 1999 and has two older siblings.  Her father, Jose Gonzalez, is a cyber security attorney who emigrated from Cuba to New York City in 1968.  He eventually met Beth, a math tutor, and they settled in Parkland, Florida, to raise their family.

On Valentine’s Day 2018, a former student of Marjory Stoneman Douglas High School arrived at the school, just prior to dismissal time, carrying a rifle case containing a legally purchased AR-15 semi-automatic rifle and a backpack with multiple magazines.  After pulling the school fire alarm he began randomly shooting at teachers and students.  The shooting lasted 6 minutes, he then stopped, possibly because the gun jammed, and then blended into the fleeing students and walked to the mall where he purchased a drink.  He was arrested without incident approximately two miles from the school.

Emma Gonzalez was in the school auditorium at the time of the shooting, where she remained for two hours until the police allowed her and other students to leave.  On February 17, 2018, Emma attended a gun control rally where she delivered an 11-minute speech.  Her speech, entitled “We call B.S.”, in response to gun laws, went viral.  On February 21 she attended a widely televised CNN townhall where she and fellow students criticized the NRA.  Within 10 days of giving the “We call B.S” speech Emma’s twitter followers grew to more than a million and she was featured on the cover of Time Magazine’s March 2018 issue.  Emma, along with other survivors from what came to be known as the Parkland School Shooting, arranged a countrywide protest called “March for Our Lives.”

Gonzalez and other survivors have since suffered attacks and criticism from right wing activists. For example, Leslie Gibson, a Republican Candidate and NRA member, called her a “skinhead lesbian.”  Gibson was forced to resign from the Maine legislature as a result.

Emma’s persistent activism has made a difference, as the Florida Legislature passed a bill titled the “Marjory Stoneman Douglas High School Public Safety Act.” The goal of the Act is to provide additional means of security for students.  There is to be additional law enforcement officers and at least one Safe School Officer at public schools; but due to funding constrictions this will not be possible at every school.  Some other significant changes from the Act include raising the age for buying firearms to 21, banning bump stops on automatic rifles, and establishes waiting periods and stricter background checks for individuals purchasing firearms.  $400 million has been allocated for execution of these amendments.

Emma Gonzalez has proven that speaking out and fighting for what you believe in is a perfect example that one voice makes a difference.  Even though the shootings continue, Emma has paved the way for change. 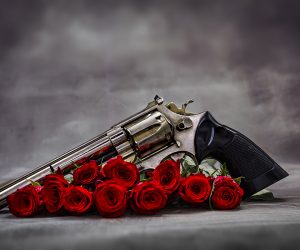 Dear Barb – Going Back to School