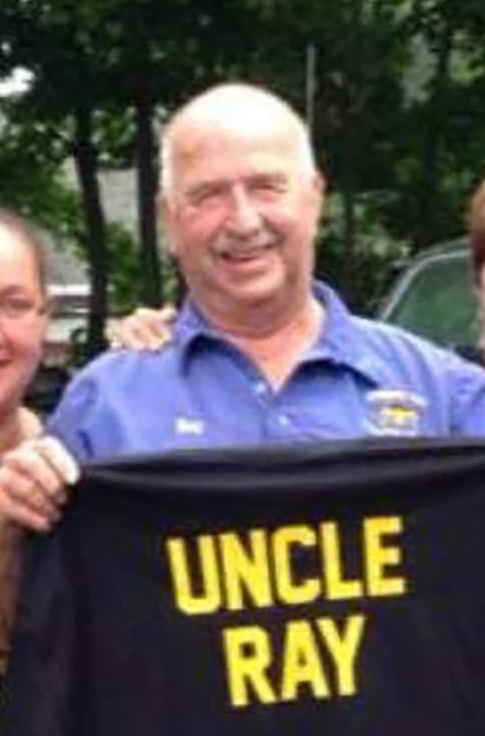 Ray was my brother-in-law for over fifty years.  He passed away on my birthday this year. When I heard he was in the hospital and things were not looking good I kept thinking, “not on my birthday, I don’t want to have to live with this memory.”

Ray was a special person.  I know everyone says that about someone after they pass away, but Ray truly was a special person. I cannot remember a time when Ray was not a part of my life. Ray and my sister genuinely had a remarkable love. One which produced four children and numerous grandchildren. I didn’t pay much attention to Ray while I was growing up; he was just the guy that everyone liked.  He had a big presence and a bigger voice, and his hugs made you feel all warm and cozy.  Ray made everyone he met feel they mattered to him and every person who met Ray remembered him, even if they only met him once.  He always wore his signature red shirt and was often seen with a Tim Horton coffee in hand.

When I began writing he often critiqued my stories and more often than not played the devil’s advocate with my Dear Barb column. If Ray suggested an alternate answer it frequently gave me pause to reconsider. A couple of times Ray even sent questions in to The Voice signed “BIG RED.” I had to laugh because I knew who it was. Ray and I had verbal sparring matches, but they never became serious or hostile. We shared a mutual respect. Ray wasn’t the type of person you could get angry at, as his heart was in the right place.  His love for his family was enormous and it was mutual.

As he began to physically decline, no one wanted to see it.  He had been losing weight and had been having dizzy spells.  He was hospitalized on a couple of occasions and diagnosed with having mini strokes. He seemed to come through them with no ill effects and quickly returned to being “Uncle Ray”, as he was affectionately known.  My heart broke when my sister called me the night before my birthday to tell me Ray had collapsed and was in the hospital, diagnosed with a brain bleed.  He peacefully fell into a deep sleep and passed away the following day with family and friends gathered around.

Ray’s funeral was huge, with hundreds of people attending and sharing all their special memories with my sister.  In the six months since he passed, I think about him most days. I know he would have been proud that I won first place from the Professional Writer’s Association of Canada for a story, congratulating me with one of his bear hugs. Ray was my brother-in-law, but he always felt more like a brother to me. I will always miss our special times filled with laughter and love. Ray possessed a unique gift that anyone would be grateful to have, and he will be remembered by all who knew him.  But my birthday now will always be a bittersweet day, as my heart will be heavy with memories of the loss of my dear brother.

[Our own Barb Godin could take up a career as an obituary writer. Sadly, she has the experience. Fortunately for us, she uses this to bring us words and stories in The Voice Magazine that often generate a lot of compliments, kudos, and even awards.  This one, from the October 25 issue, caught the attention of a couple of Voice readers who wrote in to suggest it.  I can’t argue.] 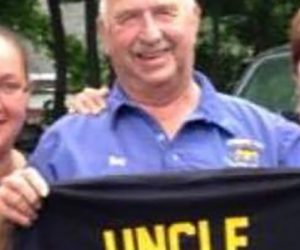