A month ago, I had the chance to spend a weekend in San Diego, home to some of the most authentic Mexican cuisines in the United States.  My limited knowledge of Mexican cuisine led me to believe that local Mexican restaurants and fast food chains had grasped the Latin American flavors correctly.  However, after snacking and dining in San Diego, I am proud to announce that I was entirely wrong about authentic Mexican food tastes like.

Similar to the street foods I rave about from East Asia, Mexican food is best served from the side of the street rather than an upscale restaurant.  The complex flavors from a innocently-simple burrito blew my mind and my entire idea of Mexican cuisine.  Traditional fish tacos prepared with fresh ingredients was incomparable to the ones I had sampled in Edmonton.

Here are my top five favorite items from the trip and deserve a bucket-list spot for most foodies. 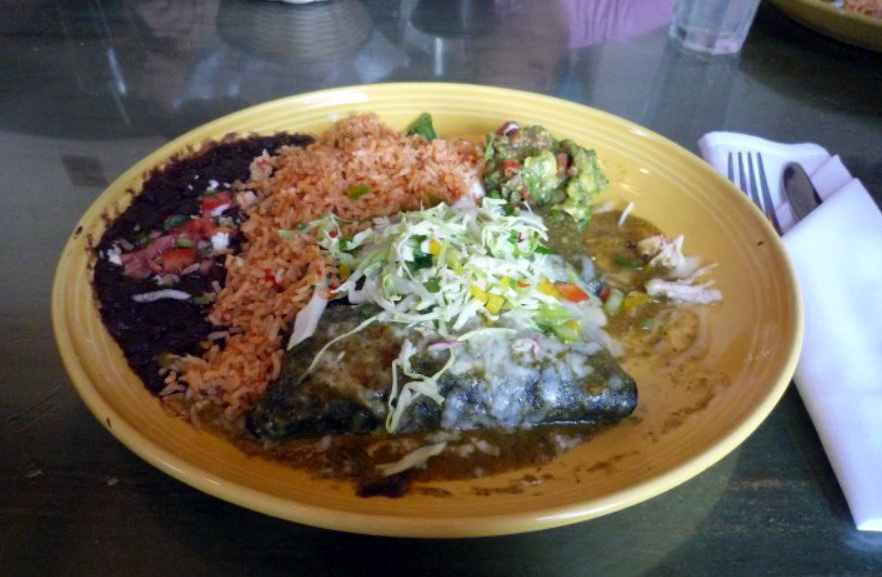 You’ve heard of guacamole, but have you heard of mole (pronounced moe-ley)? Guacamole essentially means “avocado sauce” directly translated from Spanish.  But mole itself is a Mexican sauce that can be made from beans, avocados, corn and even cactus pears. Mole with rice is a delicious combination that has a distinct creamy texture without being overly rich.  For reference, you can take a spoonful of mole without it feeling greasy or overbearing.  Moreover, the healthy ingredients used to make mole makes you feel good hours after dinner. 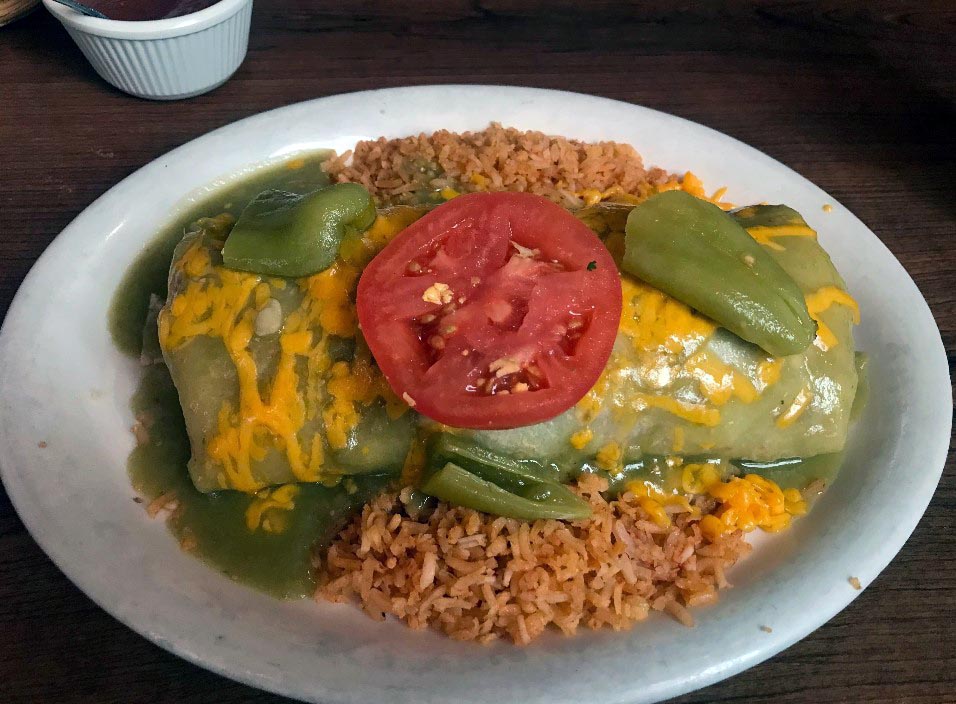 If you thought that frozen microwavable burrito is characteristic of Mexican cuisine, think again! Burrito prepared by a Mexican chef was hearty, without a hint of fast-food flavor.  This carnita (braised pork) burrito melted in your mouth effortlessly and gave the impression it was slow cooked to perfection.  There was flavor both inside the burrito and outside which is unlike any burrito I’ve ordered from Taco Bell.  Once you’ve tried an authentic, homemade burrito you will never settle for the dry, artificially flavored fast-food burritos again. 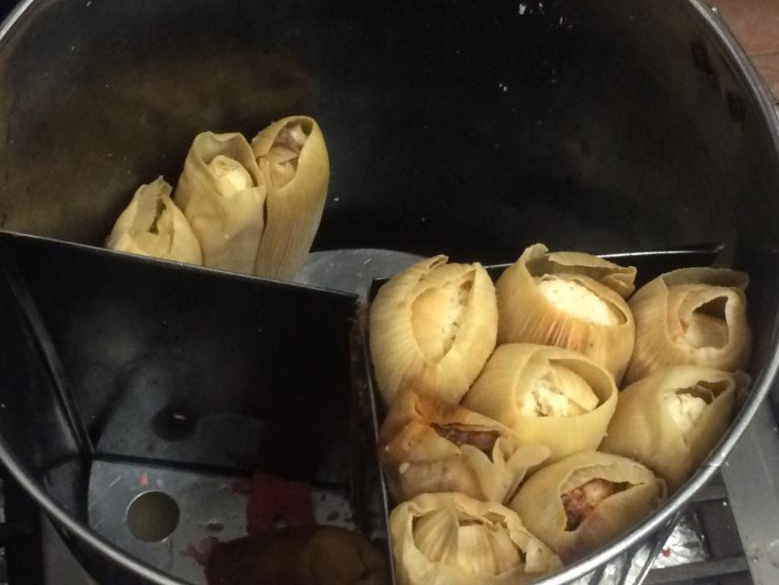 This traditional Mesoamerican dish is made of a starch-based corn flour that is steamed in a banana leaf or corn husk.  The exterior layer is removed, and the inside is a mash-potato like filling that is consumed alongside rice and mole, whether with a meal or on its own as a snack.  This street food has its origins in Aztec and pre-Columbian Mayan civilizations.  Tamales can be customized to have various fillings including vegetarian and non-vegetarian options.  My favorite tamales are served with guacamole and green chili sauce. 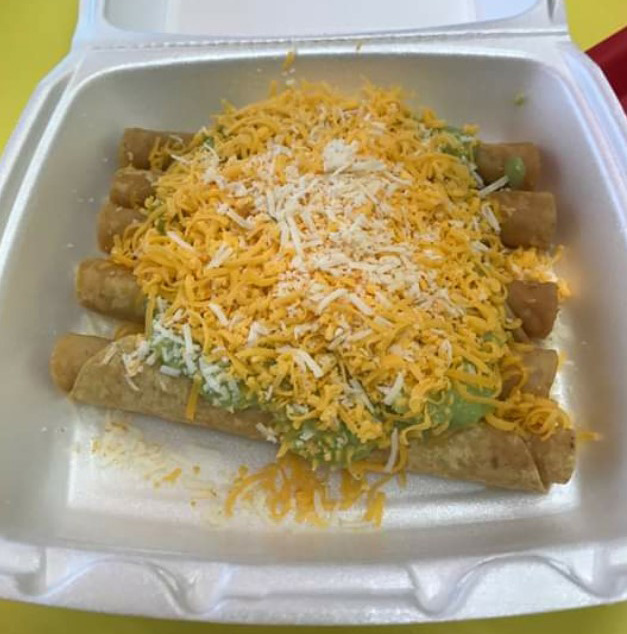 Another Mexican cuisine that has become Westernized and appropriated by fast-food chains that have (in my opinion) undermined its identity as a delicious snack.  Freshly prepared taquitos are vastly different than the common rendition of frozen microwavable lunch.  Taquitos or “mini tacos” are fried to a crisp with tortilla shells and filled with ground beef or other proteins and vegetarian varieties.  The toppings are generous and consist of guacamole, cheese, and your preferred authentic hot sauce. 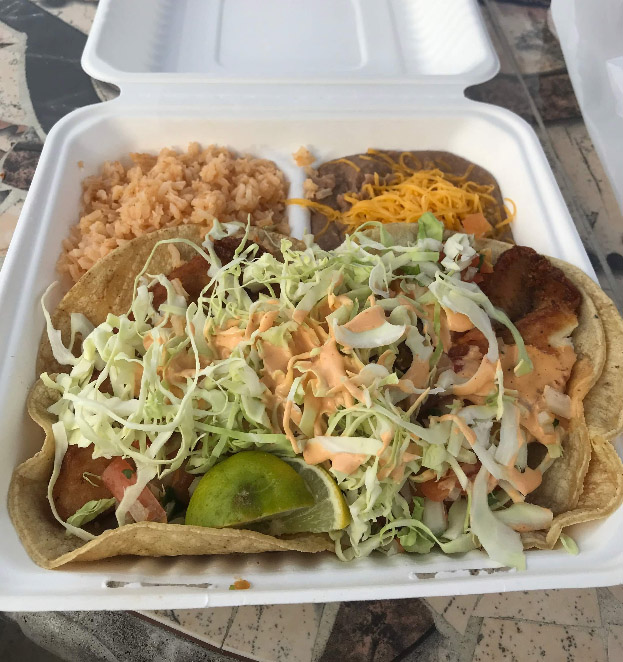 Despite being a favorite at local Mexican pubs in North America, only the really authentic Mexican restaurants create the best combination of toppings for the fish taco.  Typically, an entire white fish is lightly battered and fried.  Unlike the small cutlets from upscale restaurants, I found a street food joint offered fish tacos that are topped with pickles tomatoes and chopped vegetables that give the taco a delicious tangy bite.