Articles
The Voice
My Experience Living in a Japanese Capsule Hotel 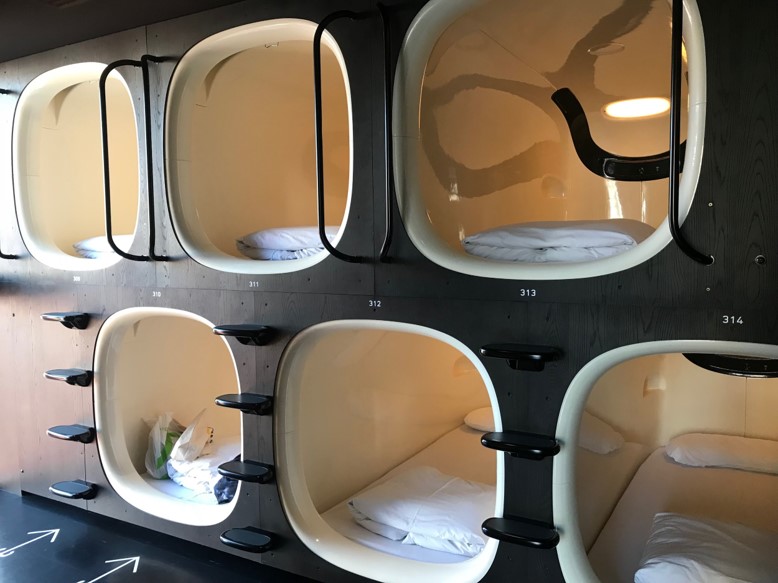 Since researching for my trip to Japan, one of my bucket-list activities included living in a capsule hotel. The capsule hotel is exactly as it sounds – visitors sleep in a bed contained in a space capsule. Even before going, I’ve heard various mixed reviews about the living environment. While some visitors feel claustrophobic, others enjoyed the futuristic design and affordable cost of these Japanese hotels. After visiting a few of these capsules myself, I wanted to create an honest review for AU students who are thinking of travelling to Japan on a shoestring budget like myself.

When you check in at the hotel, you receive a tote bag with clean PJ’s, towels and slippers for the evening. You’re provided with a QR-coded card used to access the gender-separate shower and change rooms. This space is shared between other hotel visitors while taking the escalator to a separate floor will lead you to the capsule-bed areas.

The Tokyo capsule hotel averaged to about $20 Canadian a night, which was significantly more affordable than other options I explored including a basic three-star hotel which started at $80-130 a night depending on the location. Because of the compact size and optimal locations of the capsule hotels it made a lot of sense for student travellers to make use of the space. My hotel was conveniently located minutes away from a few of the tourist destinations making it easy to explore the city. 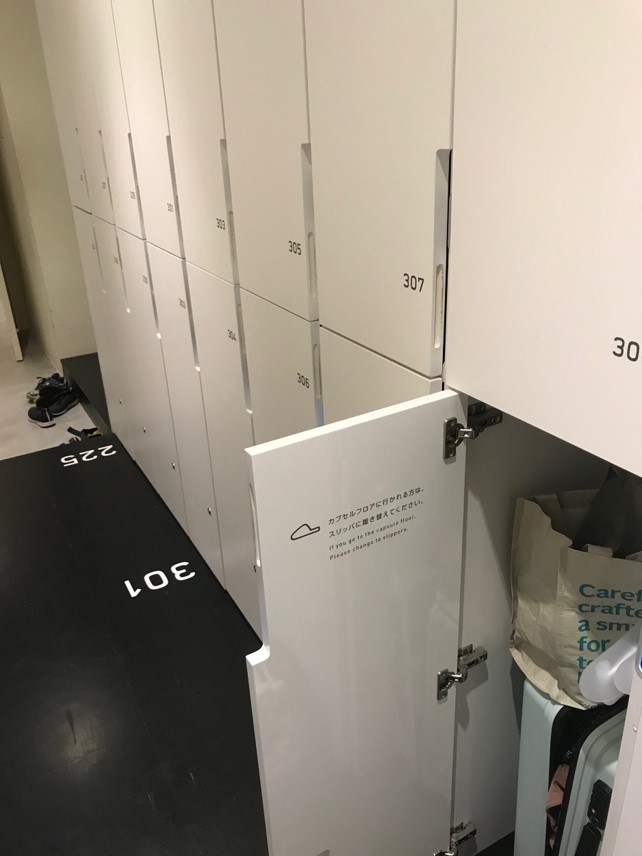 The particular hotel I stayed at (Asakusa 9), had a unique design where the entire hotel was vertically engineered. Essentially, the building did not have much horizontal space per se, as the capsule floors were stacked one on top the other. There was a small lounge, clean public washroom, lockers and shower space. Each night you would check in at the front desk and receive clean Pajamas and slippers for the evening. Male and female spaces were entirely separate as you cannot access the elevators for the opposite gender.

The hotel was extremely well-attended by the staff. The private showering stalls and washroom area was spotless for my entire three nights of stay. The capsule itself also has its own housekeeping that makes your capsule bed and gives you a new set of pillows and sheets each day. 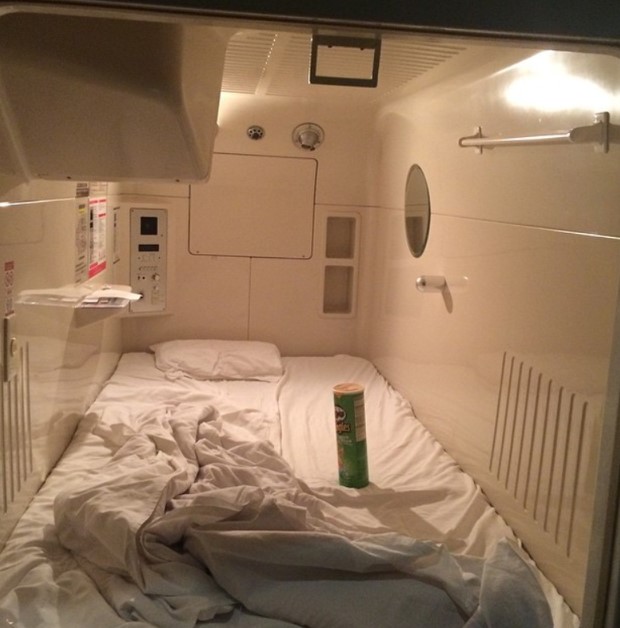 The capsule beds were surprisingly comfortable with lots of space to roam. In fact, I could sit up in my capsule entirely to read a book or browse the internet. Inside each capsule, there were two USB charging ports and two regular charging ports. Finally at night, you would pull down a screen for privacy. I noticed that when I pulled down the black screen, the air inside the capsule would feel mildly stuffy but if I left the screen open with my head toward the entrance of the capsule, I was able to sleep more soundly.

From My Perspective – Roommates