Articles
The Voice
Beats from the Basement—Natasha Bedingfield 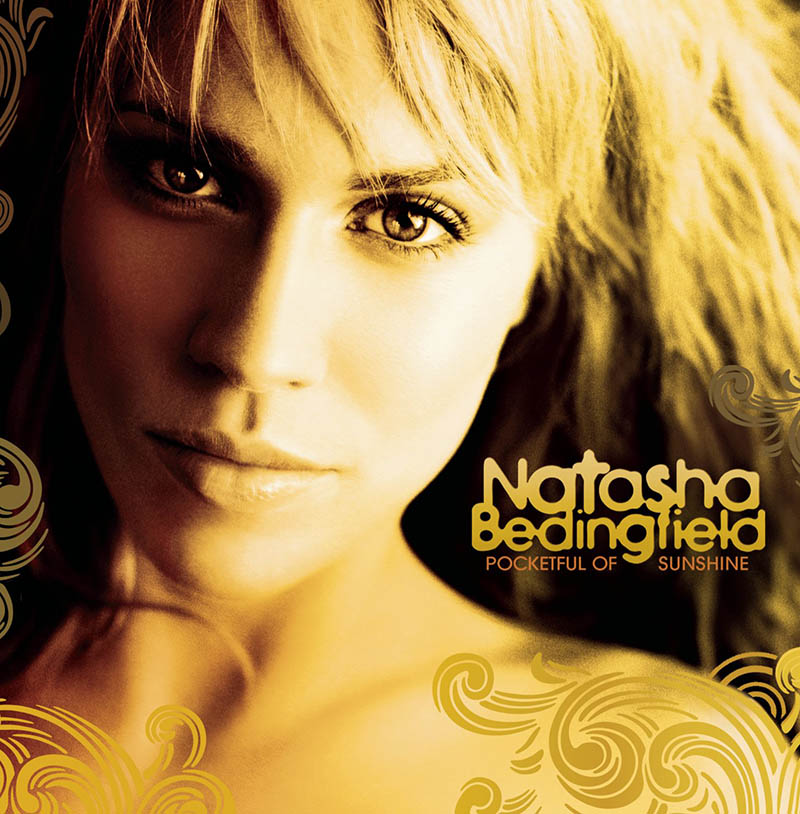 With services like Spotify, and considering the current trends in music I think it’d be interesting to go back in time, even just a decade or so ago, to see what kind of music could make a comeback now; especially since we see current artists giving nods to genres like doo-wop and 80s synthpop.  Welcome to ”Beats from the Basement”, in which I dust old albums I find in my basement and decide whether they could be made good as new!

Considering that alternative rock and hip hop dominated the music scene in 2007, Natasha Bedingfield’s lively yet soothing take on R&B in Pocketful of Sunshine felt like a breather from the louder, fast-paced tracks.  When this came out, I was halfway through middle school, struggling with my goals and sense of belonging, so her empowering lyrics came into my life at the perfect time.

Not every song resonated with me, however, but I won’t get ahead of myself.  The album opens with “Put Your Arms Around Me”, a song that makes me think of a bohemian summer wedding, complete with wooden swings and flower crowns.  It’s a blissful tale of two people who overcame obstacles in their relationship and cherish every moment together.  While songs of this type tend to be dramatic and grandiose, Bedingfield instead chose a mellow, rustic theme, suggesting a charming maturity in her view on romance.

We then dive right into “Pocketful of Sunshine”, which still receives frequent radio play and for good reason.  Resilient and upbeat, Bedingfield sings about finding happiness amidst her troubles.  It’s cathartic all throughout—in the way a person rises to the shore for air or a firework prepares for ignition.  It ends on a quieter note, though, as Bedingfield almost whispers assurance to her heart; this stylistic choice is fitting of a person who is in tune with themselves.

The self-love motif is less abstract in the uplifting “Happy”.  Bedingfield tells a story about gathering inspiration from everything she loves in life to combat any setbacks thrown her way, such as losing a job and scrambling to pay rent.  As someone who’s struggled to keep her career on course, I relate to the idea that you must trust yourself enough to take control of your predicament by looking at the positives.  Bedingfield’s voice is featured more prominently than usual, and she gives the song a carefree personality by giggling one of her notes near the end.

Featuring Sean Kingston, “Love Like This” interrupts the winning streak with over-processed vocals and the cliché of shouting out random words.  Kingston’s presence is underused; there was a missed opportunity for him to actively reminisce on his in-song romance with Bedingfield.  As it stands, they’re recounting two different stories: she blames other men for trying to get in the way of their love, while his brief verse claims his friends’ reservations about her made their relationship rocky at first.  The soft reggae tune is otherwise pleasant to listen to.

“Piece of Your Heart” showcases a more aggressive side to Bedingfield’s usually whimsical demeanour.  In it, she bluntly confronts her partner about what she needs in a relationship and their unnecessary fixation on her flaws.  Because it explores the complicated parts of being in love, this piece feels more authentic and three-dimensional when compared to some of her other love songs.  Her extended vocal range and those powerful piano chords add to the drama.

I can’t say the same for “Soulmate”, however.  Here, Bedingfield supposedly longs for everlasting love, but I’m not convinced she does by her underwhelming performance alone.  Had she convinced me, it would have made up for the generic string and piano ensemble like those we hear in so many other ballads.

“Say It Again” is similar to “Happy” with its funky rhythm, but it’s especially worth listening to for Bedingfield’s brightly layered vocal harmonies in the chorus.  The lyrics detail her hesitance to confess her feelings and she hopes her person of interest will do it first.  I’d be lying if I said this frustrates me, as I’d never been one to make the first move myself, so I can appreciate the shout out to us introverts.

Singer Darkchild joins us on “Angel” and I’m normally a fan, but his work on “Angel” isn’t his most innovative.  This is a song about providing solace to your loved one.  What could have sounded delicate and otherworldly instead has too much going on by virtue of loud beats and the vocal competition between a robotized Darkchild and an exhausted Bedingfield.  Her attempt to keep up with hip hop feels forced, and the song’s urbanization leaves it hollow and dated even for its own era.

Thankfully, “Backyard” brings back the magic with Bedingfield’s fond memories of her childhood friend.  There’s a subdued gleam to it, coupled with Bedingfield’s raspy voice that make her lyrical nostalgia and childlike wonder believable even as an adult.  It’s captivatingly ambiguous, too, in that we’re never sure whether she’s flirting or yearning for a more innocent time.

We also return to self-empowerment in “Freckles”.  It’s a less funky version of “Happy”, with an emphasis on the acoustic guitar, but its strength lies in its message about learning to embrace your unique qualities.  Bedingfield likely wrote “Freckles” for a younger audience due to its simplistic lyrics, but I’d argue they’re widely accessible to anyone dealing with insecurities.

“Who Knows” is another experiment that works to Bedingfield’s benefit.  For a change, she admits to her uncertainty in pursuing a relationship.  The clumsy and confused spin on soft rock matches this idea.

It is followed by my favourite song on the album, “Pirate Bones”.  Sung entirely in metaphors, Bedingfield questions the top priority in a person’s life by contesting the popular myth that claims gold is a pirate’s most valuable treasure.  Her pleading, the spooky rhythm, and the rattling notes contribute to the production’s urgent message: if you don’t curb your greed, you’ll have to face the consequences.

Pocketful of Sunshine, interestingly, closes with its fastest track, “Not Givin’ Up”.  It shares thematic similarities with “Piece of Your Heart” in terms of its tough love attitude toward improving a relationship.  I wouldn’t be surprised if Bedingfield was inspired by Kelly Clarkson or P!nk – such strong references help her break out of her comfort zone.

Although I would’ve liked to hear more variety, this album demonstrates that figuring yourself out or reliving the best moments of your life have no timeline, and you can listen to most of these songs at any point as a reminder of what motivates you to be happy.