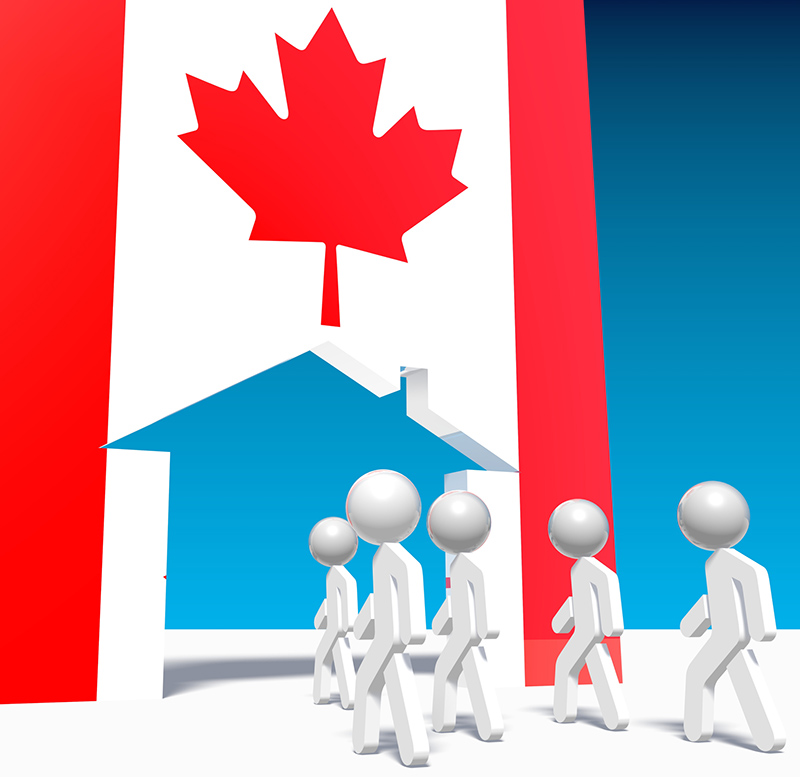 Beginning on January 6, 2020, as part of a Social Sciences and Humanities Research Council (SSHRC)-funded national research project, Athabasca University will be conducting migrant worker-related field research in and around Calgary.  As a federal research-funding agency, the SSHRC “promotes and supports postsecondary-based research and training in the humanities and social sciences.”

Coordinated by Jason Foster, PhD Associate Professor, Human Resources and Labour Relations, at Athabasca’s Faculty of Humanities and Social Sciences, this project will examine “…the lived experiences of migrant workers as they navigate precarious legal status in Canada, with a focus on the legal pathways in and out of status.  The Alberta fieldwork consists of interviewing migrant workers experiencing precarious status about their experiences, as well as other relevant officials and advocates.”

Migrant workers first appeared in Canada in 1973, as part of the Non-Immigrant Employment Authorization Program (NIEAP), which mainly focused on high skilled workers, such as doctors, but also permitted certain lower-skilled domestic and agricultural workers as well.  However, in 2002, the “Low Skill Pilot Project, was created as a response to growing labour shortages, especially in western provinces.  Today, the Temporary Foreign Worker Program (TFWP) governs migrant workers.

By 2014, 567,077 migrant workers were employed across the country.  In Alberta, the oil boom attracted the greatest numbers.  For example, in 2013, Alberta had 22% higher rates of migrant workers than the rest of Canada.

Those arriving from 2005-2008 were contracted as cleaning staff, construction workers, truck driver, and cooks, among others.  Prior to policy changes, many had worked as university lecturers, technicians, and scientists as well.

On June 13, 2012, Bob Barenston and John Foster, both of Athabasca University, presented “Foreign Migrant Workers in Alberta” at the 84th Annual Convention of the Canadian Political Science Association in Edmonton.  They state that temporary migrant workers are more vulnerable than the rest of Canadians as they have “very constrained mobility” and that their position is “very highly dependent on their continued good will of their employers.”  They state that the Alberta Federation of Labour has documented exploitation, such as unsafe work, unpaid overtime, and unsafe living conditions.  For example, in 2009, 74% of inspected Alberta workplaces were found in breach of employment standards.

Federally, the Canadian Charter of Rights and Freedoms protects migrant workers, but provinces are responsible for workplace and occupational health and safety.  Gaps in the enforcement of these protections have resulted in abuses.  Foreign migrant workers are often susceptible to exploitation, as their labour mobility and access to employment rights are often restricted.

2010’s audit by the Alberta Ministry of Employment and Immigration stated that 74% of migrant workers reported mistreatment at their places of employment.  For example, on April 27, 2007, two Chinese migrant workers at Sinopec Shanghai Engineering Canada near Fort McMurray were killed.  On October 10, 2012, Sinopec pled guilty to safety violations.  In October 2008, Edmonton’s migrant workers at Maple Leaf Foods went on strike over broken contracts and low pay.

Barenston states that the continued marginalization of these temporary migrant workers undermines the creation of “cohesive communities.”  He worries that “the presence of TFWs as economic competitors to Canadian workers, without accompanying social and political commonalities, can cause permanent residents to see migrant workers as part of the “other” whose interests are in competition to and in conflict with their own, thus undermining any potential for social solidarity.”

Unfortunately, not much has changed to this day.  However, various organizations are working toward helping migrant workers.  The Canadian Council for Refugees focuses on helping all migrant workers achieve permanent resident status, protecting their rights through legislation and enforcement, as well as empowering the workers to have access to resources to maintain their rights.

Migrante Alberta, an affiliate of Migrante Canada, a national alliance of Filipino migrant associations, addresses issues facing Filipino migrant workers.  They provide workers with assistance, while working with labour unions and other community organizations.  Canada’s second-largest Filipino population is located in Alberta and of the approximately 175,000, many are migrant workers.

Founded in 2019, Edmonton-based, Migrante Alberta is now in the process of raising money for Alberta’s first migrant worker centre, which will provide education, training, and networking help.  Settlement centres are often only open during business hours, which is unfeasible for migrant workers, who often work long and odd hours.

When recently contacted for more information, Marco Luciano director of Migrante Alberta says that “access to permanent residency” is the most pressing issue facing Filipino migrant workers.  He states that many “that came under the TFWP are looking for ways to stay beyond their work status.”  They are “being exploited by unscrupulous recruiters and Immigration Consultants.”  In addition, employers often pay workers much less “than their Canadian counterpart[s].  Employers often do what they want because of the structure of the TFWP.  ”

On July 26, a new initiative will also allow newcomers experiencing family violence to apply for temporary-residence permits in Canada with no fee.  In addition, there have been provisions for allowing newcomers to speed up the process for permanent residence on humanitarian grounds.

On September 9, Canada also introduced a two-year project that allows new immigrants who did not previously declare all family members on their immigration forms to be exempt from the traditional lifetime ban on future family sponsorship that this omission originally called for.

Despite these positive changes, to date, the Canadian government has not signed or ratified the only international treaty designed to protect migrant workers’ rights, United Nation International Convention of the Protection of the Rights of All Migrant Workers and Members of Their Families.