Uncategorized
The Voice
Fly on the Wall—Eyes Wide Shut?

Q: What do you call a fish without an eye?

(Pause, wait for tension to build.)

That joke would have elicited more eye rolls had it been pronounced aloud, am I right? Words are the barter of banter, but they form different landscapes depending on their mode of expression.  Our learning at AU is largely silent, yet, to really put the ‘I’ in our studies it helps to be able to elucidate ourselves vocally.  And in life more generally, to claim to know something is to be able to regurgitate it on virtual paper or with one’s laryngeal organ.

Our minds absorb information sponge-like, like fish without eyelids.  The mediums of speech and writing reflect an invisible boundary between reality as we perceive it sensibly by means of impression and reality as we conceive it intelligibly by means of expression.  Some concepts, such as a definition of bad humour that at once demonstrates and describes its object, may elude explication to a Fly on the Wall such as myself.  Flies, after all, also have eyes without lids.  Ludwig Wittgenstein for his part stated that “of which we cannot speak, we must pass over in silence”.  So, the fish joke probably would have been better unwritten.  Yet, there will always be something lost in translation when we explain with language what we imagine in our pre-symbolic consciousness.

The AU in cAUght; Language as the Fish on the Hook

Learning and expressing what we’ve learned are different species of communication.  Ludwig Wittgenstein, ever in pursuit of logical truth, summarized his goal of finding the truth of expression as “showing the fly the way out of the fly-bottle.” As metaphor, we can imagine our student selves as flies trapped in a bottle, buzzing hither and yon off the inner rim of the glass, only to, with a last burst of exaltation, shoot out the spout like words from a mouth.  Is truth akin to finding that lost exit point, that narrow path to expressive enlightenment?

The truth is, truths differ in their appearance based on their form and context.  William Hazlitt in 1825 noted stark variations between vocal communication and its written counterpart.  Some speakers embody “a walking polemic wound up for the day” and surely stand-up comedians fill this bill.  Meanwhile, these same erudite speakers may fall short of glory when plunked down at a laptop and asked to write a paragraph describing the essence of their routine.  Further still, says Hazlitt, “beyond the routine of the daily newspapers and coffee-house criticism, such persons do not venture to think at all: or if they did, it would be so much the worse for them, for they would only be perplexed in the attempt” (ibid).  A good public speaker’s role is merely to “keep the gross and irritable humours of an audience in constant fermentation; and levy no tax on the understanding.”

By this view, comedy is not about truth but about shallowness; the funny bone is tickled but the current of its quivery remains unexplained.  Current events may be fodder for pundits and humorists alike but Hazlitt sees their speeches as shallow and their routines as, well, routine.  As students, we have to rise above the mundane if we are to effectively express our learning to a given audience.

Meanwhile, says Hazlitt, a great writer when thrust upon a stage may elicit not twitters but yawns.  Hazlitt describes a major mind in English history named Edwin Burke who, despite the girth of his cerebral capacities, nevertheless in Parliament “was emphatically called the Dinner-Bell.  They went out by shoals when he began to speak.  They coughed and shuffled him down.  While he was uttering some of the finest observations (to speak in compass) that ever were delivered in that House, they walked out, not as the beasts came out of the ark, by twos and by threes, but in droves and companies of tens, of dozens, of scores!”  It remains for we at AU, then, to know our audience such that we draw concise descriptions from our wells of learning and express them with academical rigour to our tutors and in prosaic melody to our peers.

Behind Paltry Facts, The Passion of Meaning

A common denominator for all forms of expression is passion for the material; failing heartfelt interest a loose association of our coursework, with successes to come, may suffice.  Some courses really are mere means to an end, after all.  Even the dullest course on our transcript will help deliver us somewhere spectacular if we infuse our thoughts that way.  If we have really learned our material then Hazlitt’s injunction, that “zeal will do more than knowledge” will only be partly true: zeal added to knowledge will make us truly captivating in our essays and in our speech.  Passion is what makes us eloquent in life as in coursework; from mere stacks of notes, our words form a cavalcade.  “A series of drops is not a stream” wrote Hazlitt, and for our learning to thrive and reach maturity, like a salmon returning to its home stream, our academic thoughts must flow in the same manner as our ordinary ruminations.

Back to Our Source Stream

The question arises: where is the wellspring of our normal and most mundane thoughts?  We humans may have eyelids, but we can’t blinker our thoughts.  Derrida imagines this process whereby sentiments bubble toward the surface of our mind’s ocean and then emerge as words as follows: “As soon as I speak, the words I have found (as soon as they are words) no longer belong to me…In soliloquy as in dialogue, to speak is to hear oneself.  As soon as I am heard, as soon as I hear myself, the ‘I’ who hears itself, who hears me, becomes the I who speaks and takes speech from the I who thinks that he speaks and is heard in his own name; and becomes the I who takes speech without ever cutting off the I who thinks that he speaks.  (Derrida, P.  177).

Thus, when we can recapitulate what we’ve learned in our own words we will know what we really know.  Be they written or spoken, expression allows a fullness of ourselves to emerge that had remained previously obscure.  A recent MAIS course I took, titled ‘Creative Non-Fiction’, included a video assignment; why not record a few imaginary lectures of yourself and see how you do?  To select the means of expression that best illustrates our intent means to try them all out; the joke may fall flat, but the learning never ceases. 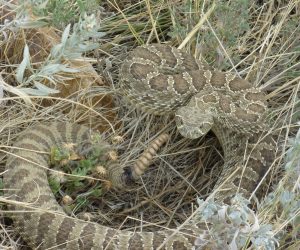 Fly on the Wall—Snakes in the Grass of Meaning

Fly on the Wall – Lost and Found in the Moment