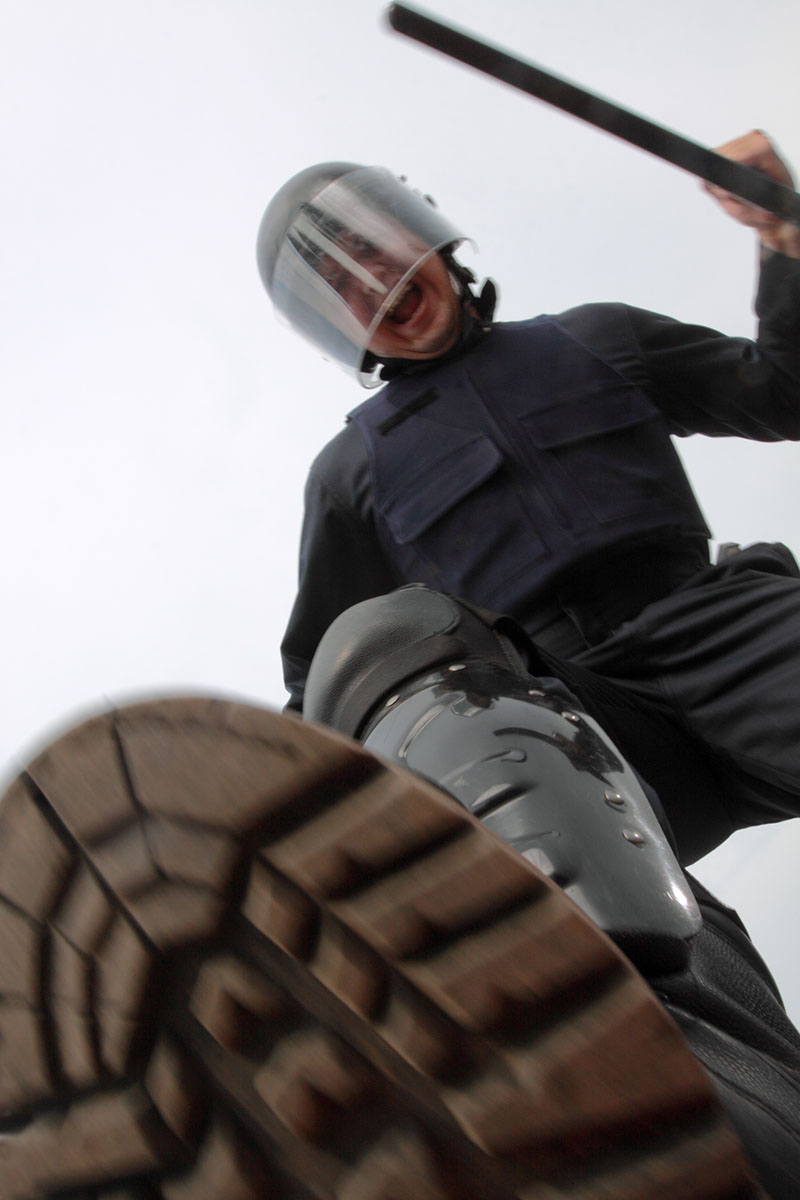 News about another cop doing wrong seems to be a big focus in the media these days. Police now wear bodycams and are scrutinized and watched more closely than ever before, likely because people are sick of police corruption and officers going too far.  Law enforcement is supposed to be filled with some of the best that society has to offer, and recruits undergo a comprehensive screening procedure.  Despite this, ethical dilemmas are very common, and they produce some of the most important social issues of the day.

Although some officers, and those in command, may abuse their power or think they are above the law does not mean we should remove power completely, but we must attempt to control this corruption with ethical education and trustworthy chiefs and administrators. This is hampered by “the blue curtain” or “code of silence”, which describes the unwritten rules among police officers that protect them from misconduct or crimes by forbidding their fellow workers reporting them.

I think all officers should be offered physical and ethical training as well as conflict resolution if they aren’t already.   To me, values are important and are central to decision making because they provide a standard.  This is important because law enforcement relies on these values in their recruiting practices.

The public is an important part of the justice system, and if they do not trust officers, then there can be more problems and clashes with police. As an example, if one doesn’t know the case of Rodney king, it was the case of a black male who was pulled over by Los Angeles police for a traffic violation after evading them. When they attempted to arrest him, he disobeyed orders, partly due to being intoxicated. However, instead of dealing calmly with the situation, police were filmed beating him up.  The officers, however, despite the videotape, were found not guilty. The choices made by the officers created huge questions as to the integrity of police officers in general. This started the L.A. riots in 1992. The Rodney King story was an interesting one to me because it makes clear the implications of an officer’s poor decision.

I could name countless tales of officers firing shots at people for no justifiable reason, or stories of planting evidence.  These stories have created a bad reputation, but the majority of police are not this way.  We know this thanks to body cams and other monitoring systems.  That these body-cams are often put in place by the police forces themselves means we know that most law enforcement agencies, at least, are trying to be transparent. However, in their stressful jobs, officers can become hyper-vigilant and develop a mistrust for anyone who is not on their side or in their organization.

What about what you can’t see, though, those in charge?  Those with higher positions are not being watched with cameras.  With entitlement often comes corruption, so it is easy for those in high positions to abuse their power.  For some, the end justifies the means.  Having this ideology is dangerous because the person believes that no matter what is done, if it is done reach a certain goal, it will be considered ethical.  Until we can set up a system of checks against those in charge, I think we still have a lot more way to go toward ethical and transparent law enforcement.

Good Bylaws Make Good Neighbours – Or do They?

From Where I Sit – What Are You Doing Behind the Wheel?

The Good Life – The End of Innocence?