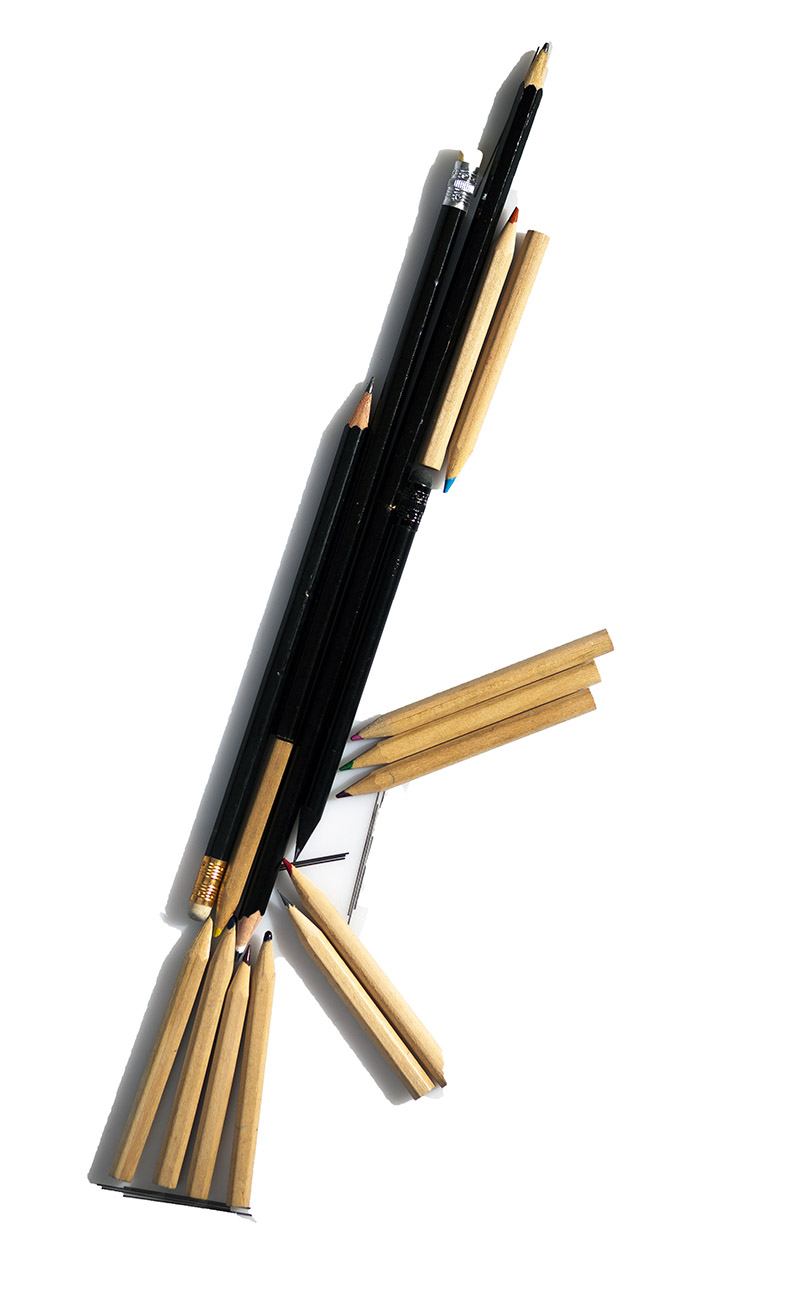 Recent reports reveal that, despite violence, 2019 was statistically much safer for journalists than previous years.  Reporters Without Borders (RSF), a Paris-based NGO, reported the deaths of forty-nine journalists worldwide, the lowest death toll in sixteen years.  Founded in 1985 in Montpellier, France, RSF defends and promotes freedom of information in the journalism industry.  2020’s tally is currently five deaths.

Despite these statistics, in many countries, journalists continue to experience extreme violence.  Two countries in particular face crises, Mexico and Russia.

RSF and the Committee to Protect Journalists (CPJ) consider Mexico one of the most dangerous countries for journalism.  By August, 2019, violence had claimed the lives of twelve Mexican journalists.  The Mexican National Human Rights Commission (CNDH) reveals that 153 journalists have been killed since 2000.

Many of these journalists, like Javier Valdez Cárdenas, continued reporting despite the danger, believing that the public deserves to know the truth.  In March, 2017, responding to the death of a colleague, Valdez tweeted, “Let them kill us all, if that is the death sentence for reporting this hell” and “No to silence.”  On May 15, Javier Valdez Cárdenas, the correspondent for Sinaloa state’s La Jornada, was shot dead.

Russia is facing a similar crisis, with December 11 historically commemorating fallen journalists throughout the country.  Established in 1991 by the Russian Union of Journalists to commemorate TV correspondent Viktor Nogin and operator Gennady Kurennoi’s deaths in the former Yugoslavia, Journalists’ Remembrance Day currently falls on December 15.

Founded in 1926, the Belgium-based International Federation of Journalists (IFJ) represents 600,000 media professionals from 187 trade unions and more than 140 countries.  In 2009, the IFJ published an investigation into Russian journalists’ deaths.  During this time, they also launched an online database that lists over 300 deaths and disappearances of journalists since 1993.  The database is structured by incident type, motive, geographical location, and actions taken by the government.  2009’s “Partial Justice: An Inquiry in the Deaths of Journalists in Russia, 1993–2009,” overseen by the IFJ, the Glasnost Defence Foundation, the Centre for Journalism in Extreme Situations, and the Russian Union of Journalists, summarizes these 300 disappearances and deaths and also provides six case studies of murdered journalists.

Despite the danger, several fearless journalists have made a significant impact, at times paying with their lives, including Mexican-American Alma Guillermoprieto and Russian Anna Politkovskaya.

Alma Guillermoprieto, former South America bureau chief for Newsweek, regular writer for The New York Review, and New Yorker contributor, is also author of several books.  Along with Raymond Bonner, and photojournalist Susan Meiselas (Danner, 97), Guillermoprieto was one of the first journalists to cover the 1981 massacre at El Mozote in northern El Salvador.  After being smuggled into the area by the leftist Farabundo Martí National Liberation Front (FMLN) (Danner, 98), Guillermoprieto’s story originally broke on January 27, 1982, in the Washington Post, while Bonner’s was seen in the New York Times.  In December, 1981, the Salvadoran army’s US-trained Atlactl Battalion (Danner, 49) massacred hundreds of villagers, including women and children in northern El Salvador (Danner, 158), while searching for the FMLN.  Three survivors recounted their stories, including Rufina Amaya, seen in Guillermoprieto’s article.  Deemed propaganda by the Reagan administration, both journalists faced reprimand by the US government and press at the time of publication.  However, 1993’s Secretary of State Panel on El Salvador revealed the truth (Danner, 160).

Similarly fearless, Anna Politkovskaya, special correspondent for Novaya Gazeta, an independent Moscow newspaper, wrote numerous books, and covered 2004’s school hostage crisis in Belsan, North Ossetia.  In 2006, the Moscow-based investigative journalist, and long-time critic of Russia’s government, was murdered.  A lifelong critic of President Vladimir Putin and the human rights abuses during the Chechen wars, many consider it miraculous that she survived as long as she did.  Throughout her career, she had survived threats, jail time, poisonings, and exile.  Politkovskaya’s assassination in the stairwell of her Moscow apartment on October 7, 2006, remains unclear.  In 2014, the court sentenced five men to prison.

Reading the histories of these incredible writers is inspiring, especially when applied to the journalistic situation currently unfolding in our own country.  For Alma Guillermopre, recommended readings include 1994’s The Heart that Bleeds: Latin America Now, which covers a four-year period (Guillermoprieto, ix) from the end of 1989 to 1993 in Brazil, Colombia, Peru, Argentina, and Panama and 2001’s Looking for History: Dispatches from Latin America which contains seventeen essays on Latin American history and conflict (Guillermoprieto, ix).  Her varied articles include Peru’s Communist organization Sendero Luminoso or “Shining Path” and post-Sandinista Nicaragua.

Anna Politkovskaya’s history has recommended readings that include 2003’s A Small Corner of Hell: Dispatches from Chechnya, which covers events from the 1991 Chechen Revolution (Politkovskaya, 17), including stories about neighbouring Ingushetia (Politkovsaya, 188).  2004’s Putin’s Russia: Life in a Failing Democracy details life in Russia under President Putin, including the situation in Chechnya (Politkovskaya, 25), while 2007’s A Russian Diary, covering periods of 2003–2005, was written shortly before her death (Politkovskaya, vii).

Back in our country, on January 13, 2020, the RCMP set up an exclusion zone on Morice West Forest Service Road near Houston, B.C.  CBC and APTN reported that the RCMP refused journalists entry into this zone.  While media that was already there were allowed to stay, new journalists were not allowed in.  The Committee to Protect Journalists has responded stating, “Authorities in Canada should immediately end the arbitrary restrictions on journalists covering the police breakup of the pipeline protest.”

On January 14, the BC Civil Liberties Association (BCLA) filed legal complaints against the RCMP’s zone, which prohibited “Wet’suwet’en people, the public, and media from accessing Wet’suwet’en territories.”  The Union of BC Indian Chiefs (UBCIC) Grand Chief Stewart Phillip has stated that “We expect the provincial government and BC RCMP to honour the Supreme Court of Canada’s precedent-setting Delgamuukw/Gisday’way case and the United Nations Declaration on the Right of Indigenous Peoples [UNDRIP] in all their decisions and actions.  This refers to January 7, 2019’s BC’s Supreme Court injunction against members of the Wet’suwet’en Nation blocking access to Coastal GasLink’s natural gas pipeline in their territory, believing that the Supreme Court decision should take precedence.  In addition, he refers to the Supreme Court of Canada’s 1997 Delgamuukw decision, which upheld the Wet’suwet’en and Gitxsan communities right to land as Indigenous people that were never ceded.  However, it did not clarify the title claims of the communities.

Phillip also refers to UNDRIP, adopted in by the UN General Assembly in 2007, with four initial abstaining votes, including Canada’s, which reversed its position in 2010.  In particular, UNDRIP’s Article 10 states “Indigenous peoples shall not be forcibly removed from their lands or territories.”  Article 18 “States shall consult and cooperate in good faith with the Indigenous … to obtain their free, prior and informed consent before adopting and implementing legislative or administrative measures that may affect them.” Article 26 states “Indigenous peoples have the right to the lands, territories and resources which they have traditionally owned, occupied or otherwise used or acquired.”  Finally, Article 29 states, “Indigenous peoples have the right to the conservation and protection of the environment and the productive capacity of their lands or territories and resources.”  Unlike treaties or covenants, declarations are not legally binding.

In addition, many hereditary chiefs from Wet’suwet’en’s five clans deny the historical cessation of the land to the Canadian or B.C.  governments.

Many Canadians are also concerned about the content of what little media coverage currently being released.  In Canada, the concentration of media ownership is apparent.  As early as 2012, critics began discussing Canada’s media sector’s concentration, which is greater than any other G8, (now G7), country.  Currently, large media conglomerates own most Canadian media.

No solution appears to be in sight, but perhaps as a way to remind ourselves of the importance of independent journalism, we can turn once more to the tragedy of the massacre at El Mozote .  During the attacks, Radio Venceremos, whose underground studio consisted of a small transmitter, microphones, tape recorders, and generators, continued reporting despite the odds.  When director Santiago heard of an upcoming Army operation on December 1, 1981, he ran four miles through the hills and forests in darkness to broadcast the news (Danner, 28).

Students AU considering the communications or the journalism fields may be interested in CMNS 201 – Introduction to Mass Media, CMNS 202 – Media and Power in Canadian Society, CMNS 455 – Media Ethics, and SOCI 435 – Theories of Social Change.