Columns
The Voice
Porkpie Hat—Some Thoughts from a Wayward Traveler 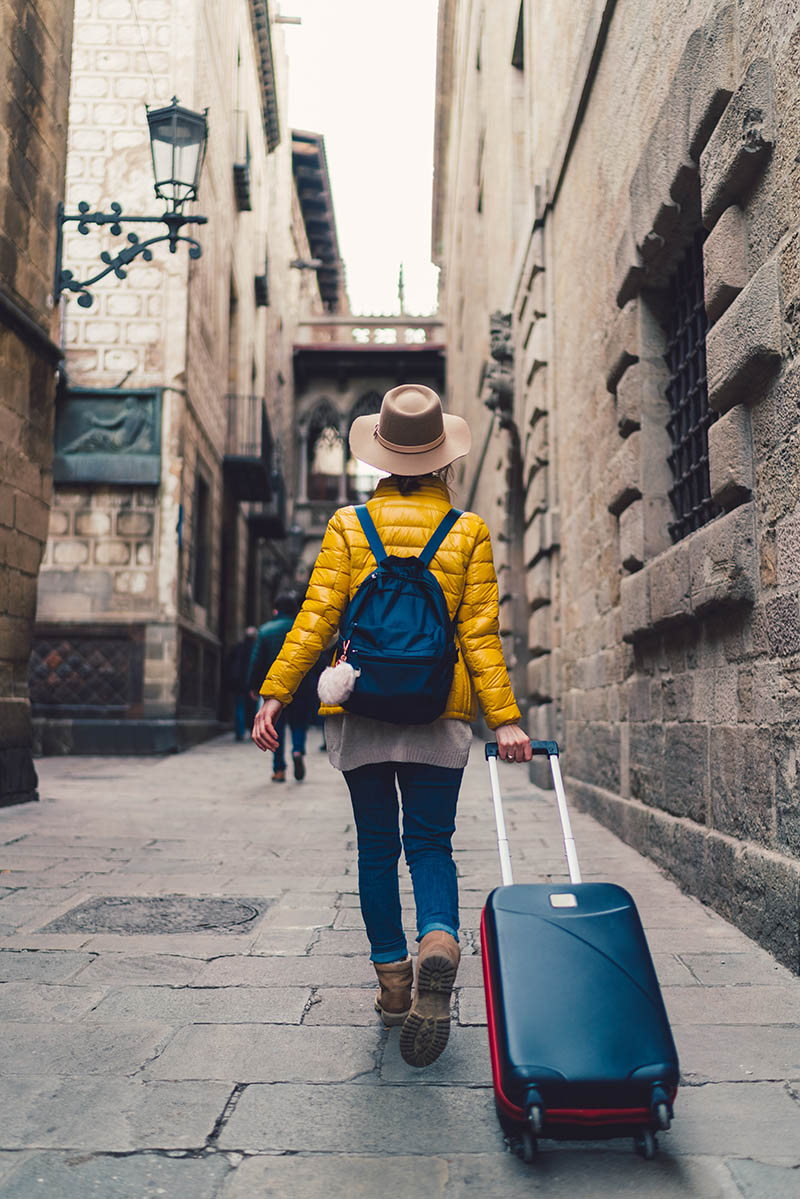 I used to feel a little bit guilty and inadequate, as I was backpacking around strange cities, seeing all of the other tourists who were dutifully lining up for admission to the Eiffel Tower or the Uffizi. It was my private shame that I was so frequently within a stone’s throw of the Vatican, the Queen, and the Mona Lisa, yet had no desire to get any closer to have a look. While my friends were engaging with the local culture and history, I was wandering about taking pictures of graffiti in dodgy alleys, hanging out in greasy spoon coffee shops or dive bars, smoking cigarettes in parks and hashish in red light district cafes, or blowing what little extra cash I had in pool halls and pinball arcades.

While the impulse was obviously not strong enough for me to amend my ways, this sense that I was somehow “missing out” on something sort of fed into a chronic insecurity – perhaps even a low-level form of self-loathing – that had long been present in my life.  I had been told by adults – relatives, teachers – that I was lazy and undisciplined, arrogant, a dreamer, irresponsible, a user, a betrayer, a loser.  It was a leitmotif reinforced by a series of toxic relationships over the years.  So, naturally, I became what other people saw.  I became, from time-to-time, all the labels that had been pinned on me.

It’s like ripples in a pond; understanding moves outward in concentric circles.  In order to begin to understand the world, you must know yourself first.  And, if you don’t manage to know yourself well, other people will be more than happy to let you know who you are.  The problem of course, is that they don’t know you, not really.  And what they decide you are will most likely not sit well with who you actually are.  At best, their vision of you will be distorted.  Then, every mirror you look into will be a sinister funhouse mirror.  You will be contorted, stretched out of shape, simplified in your grotesquerie and inadequacy, or (just as bad) in your flawlessness and beauty.

It took me a long time, far too long, to understand that the fact I chose to do things differently from my relatives, lovers, and peers, was not indication that there was something wrong with or lacking in me.  It was simply an indication that I was me, for better or for worse.  There was nothing essentially “right” with me because I had different methods, dreams, pleasures, and values from others.  But there was nothing essentially “wrong” with me, either.  Like everybody else, I am a flawed, beautiful, reckless, and ultimately passable human machine.

Traveling, to my mind, is one of the great metaphors for the process of living.  In travel, as in life, some people are planners.  They take care.  They think things through.  They chart, categorize, and organize.  Others of us take a very different approach.  We don’t like to plan, we just like to improvise, to show up and make shit happen.  We are not perfectionists; we don’t consider things too carefully.  We are emotional, inconsistent, sometimes secretive, sometimes flamboyant, one minute hiding behind carnival masks, the next minute wearing our hearts pinned to the outsides of our skins.  It doesn’t always make for the safest or most comfortable passage.  We are the sorts of tourists who frequently get mugged.  We often wake up face down in puddles, or in Tijuana jail cells, with skull-and-roses tattoos on our hip bones.  Sometimes, though, we stumble across breathtaking sights, that more organized travelers may have missed.