Columns
The Voice
Fly on the Wall—Nipped in the Buds;

Can you recall where you were five years ago on this day, at this minute, down to this second?  There’d have to have been some special circumstances on hand to remember more than foggy, grainy, flecks of reality five years hence or to recall details mired in the penumbral twilight of time gone down the tubes.  We have each grown and evolved since 2015 and the passage of time has borne us into the present version of ourselves that we embody.

So why do I ask where you were five years ago? I thought you’d never ask!  At the precise moment you are reading these words a jovial Blue Jays fan was wielding a scalpel whilst standing over my exposed nether-regions.  Ok, to clarify, when I say ‘at the precise moment’ I mean so in cosmic terms.  For the universe a million years is a blink of the eye, right, so we can readily give or take a week or a month without batting our own miniscule lashes.  Accuracy is relative to context and approximations work well in human realms, if not in astrophysics.  Likewise, though we are each akin to mere grains of sand on a beach or flagellating flagella in a petri dish, our essence is also simultaneously the largest possible version of any universe imaginable to our human minds.  Some say we each contain the whole universe in microcosm.

One need not be a neurotic solipsist, a Hindu mystic, or an advocate of Descartes’s cogito ergo sum to know that, at root, all we know for sure is that in each moment we are here as ourselves being the knowing beings that we are.  As we grow and learn we reproduce new versions of ourselves and these we cast aloft into our surroundings like so many paper airplanes or origami doves.  When we meet someone whose brain sizzles our fancy, a wonderful syzygy emerges; by social alchemy, a new element is born in our life.

Whilst discussing the Blue Jays spring training operations, the doctor nipped and knicked and tucked and snipped my vas deferens and left me feeling not vastly different.  Well a bit chilled.  Frozen bag of peas in hand I proceeded to head off camping and enjoyed a winter sunset with nary a concern about my new inability to defer my genes onto future generations.  A question arose as I pondered life as a process of continued education: if our reality is each our own and we impart parts of our past selves onto each mental landscape we encounter in our AU studies, how do we separate who we are from the new versions of ourselves that arise along the path of our educational life?

Learning and growing—giving birth to new versions of ourselves along the way, as we cast off past core beliefs and personal identities—may be the essence of life itself.  Even the humblest paramecium responds to its environment and, through stimulus and response, becomes a new version of its miniscule self.  As complex organisms, our past selves become our future selves in a dialectical process of unfolding; this flow is eminently social and dependent upon symbolic communication: that is, language.  We grow by interacting with others and with texts.  To learn is to read, absorb, speak, comprehend, and become something new.

Growing a New You at AU

Jacques Derrida utilized Hegel’s German term Aufhebun to describe life’s process where living is a verb in which we “surpass while maintaining” (Derrida, 275).  Every aspect of ourself is thus growing and renewing, whereby we become something we weren’t before while continuing to be ourselves.  As social beings, our becoming happens through discourse and thus the concept of reproduction is itself a matter of social construction wrapped around biological reality.  Artists and poets know this and we, too, even when conducting the stalest aspects of our studies, know that each instance of learning alters us in some way.  We are progenitors of the sacred procreative act of expression that embodies the mixture of learning, whereby we take in new material, and critical reasoning, adding to the mix our own invaluable and personal essence.

Derrida summarizes the reproductive faculty of our intellect: “The Hegelian Aufhebung is produced entirely from within discourse, from within the system or the work of signification.  A determination is negated and conserved in another determination which reveals the truth of the former.  From infinite indetermination one passes to infinite determination, and this transition, produced by the anxiety of the infinite, continuously links meaning up to itself” (Derrida, 275).  The meaning of our life, then, is inextricably linked to reproduction in the symbolic sense that we are always growing in and against the infinity of the universe that we face as finite creatures.

Like a splash of food colouring in a brimming bathtub we naturally disperse and spread ourselves out into everyone and everything we touch.  This is what it means to engage in discourse, both in active conversation and introspective thought.  To think and speak is to promulgate new selves, new realities, and new meanings.  Life becomes not only art but abundance, whereby the limited strives toward the unlimited and the subliminal toward the liminal.  To learn is to know how to know and thus to grow.  Formal learning is only one way to achieve this growth but at AU it becomes truly rewarding; few raptures in life surpass the joy of a course completed successfully or an essay written that utilizes the best of our minds.

Snips of Liberation, Balloons to the Breeze

All this is to say that five years ago I faced my vasectomy not as a symbolic castration or clinical vivisection but as an opening, a gateway, out of which I would further my Athabasca studies as a convenient sidebar to the rest of my life.  Time well spent is often time saved and the one thing we learn as distance students (and my hat is forever doffed to those in our noble AU cohort who do their studies while doing the parent thing) is that time is valuable in ways we’d not hitherto thought possible.  We need time to study and grow or else wham-o, we are three weeks late in our coursework and nailed to the Procrustean bed of procrastination.

In each moment, and with each breath and word and moan caught in our throat as we ponder life’s joyful ecstasy, we are surpassing all that we were before, and yet we carry aloft that sacred essence that is ourselves outside of time and space.  Material bounds may reign us in, and time may be our master, but what matters most is what grows and abounds in the realm of our personal world and the glorious climes of our stimulated minds.  In each moment we are thus born anew.  In this sense, AU is the ultimate aid to scholarly reproduction of the intellectual realms that make us uniquely human, uniquely Homo sapiens—the ‘man who thinks’.  And so, while my biological reproductive faculties are closed for the season, I have boundless gratitude to AU for opening vistas of personal and social reproduction thanks to the miracle that is distance education.

Fly on the Wall—Springing Forth: AU Studies as Cosmic Renewal 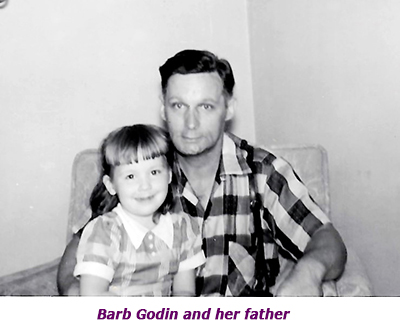