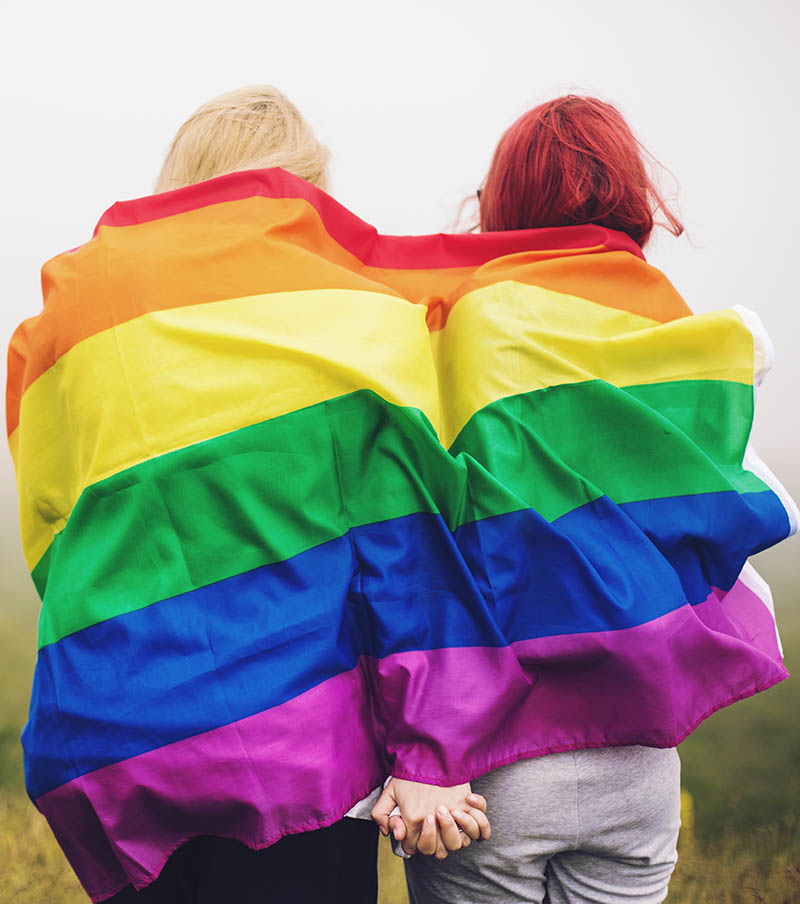 Canada’s recent federal election revealed an increasing intolerance, with cries of “Wexit” separatism, anti-immigrant diatribes, and overt xenophobia.  However, this is not a new phenomenon.  The Social Credit Party first introduced Albertans to the concept of secession in the 1930s.  Unrest re-emerged once again during the 1970s, as Pierre Elliot Trudeau’s initiatives of bilingualism, the National Energy Program, and the Charter of Rights are Freedoms were considered by many Albertans as an “affront to Alberta values.”

Similar arguments still exist, with some directed against already marginalized groups such as Canada’s LGBTQ+ community.  Although various party platforms promised protections, the track records of the parties have created tension for queer Canadians.  In particular, although the Conservative Party promised to propose laws to support the community, as recently as 2017, former leader Andrew Scheer voted against Bill C-16.  Since its passing, the Bill has added gender identity and gender expression to the Canadian Human Rights Act and the Criminal Code, as well as making discrimination based on these terms, illegal.  Canada’s hate speech laws now include these terms as well.

Turmoil has continued since the election.  On November 22, 2019, an Alberta committee voted down Bill 207, amidst controversy.  First proposed by Dan Williams of the United Conservative Party’s (UCP), the formally known Conscience Rights (Health Care Providers) Protections Act would have allowed health care providers to deny services and referrals to patients on moral grounds.  Physicians would not have been required to provide a patient with any form of referral “to another physician if the patient’s needs conflict[ed] with their personal or religious beliefs.”

Despite this Bill’s name, conscience rights for Alberta doctors already exist.  Alberta’s College of Physicians and Surgeons states that doctors with moral objections can provide their patients with either information or referrals instead of service.

Concerns existed over the possibility of decreased support for medically assisted death and abortion rights, and limited access to contraception.  In particular, Alberta’s LGBTQ+ community feared lack of access to services and legalized discrimination against trans individuals.  In Alberta, to access funding for gender surgery programs, trans community members must receive a gender dysphoria diagnosis from one of five provincial psychiatrists specializing in transgender psychiatry.  Bill 207 could have made it legal for physicians to refuse this referral, as well as limiting access to hormone therapy.  Although the bill will not move forward in legislature at this moment, it can be tabled again.

Alberta has faced other similar crises this past year.  In July 2019, the UCP’s education bill introduced changes regarding gay-straight alliances (GSAs) in secondary schools.  On July 5, after nearly 40 hours in the longest recorded sitting day in Alberta’s legislature, Bill 8, or the Education Amendment Act was passed.  Bill 8 rolls back parts of 2017’s Bill 24, An Act to Support Gay Straight Alliances, which prohibited teachers from informing parents of their children’s participations in GSAs.   Originally created by the NDP, the Bill served to protect peer-support clubs for LGBTQ+ students.

Under Bill 24, school principals had to promptly establish GSAs in their school if requested, while Bill 8 has removed the word “immediately.”  Critics wonder if students’ needs will be taken seriously, or if enough energy or resources will be put into creating GSAs.  Others worry about declining enrollment in support clubs for already-vulnerable youth and fear the lack of specific protection for LGBTQ+ staff members.  Although Bill 8 calls for a “welcoming” and “respectful” environment, Bill 24’s specific protections against employment discrimination have been removed.  Greg Jeffery, President of the Alberta Teachers Association, opposes the Bill, calling for increased protections for LGBTQ+ staff and students.

On a governmental level, the NDP believe that the act will serve to out LGBTQ+ students to their parents, while the UCP state that existing privacy legislation would prevent this.  They also believe that the act will balance parent’s rights with the children’s protection.  Educators can now inform parents if they fear the student is at risk of harm, countered by critics who state that existing rules already govern this.

This recent controversy can be traced back to March 2015’s, Bill 10, which first permitted students access to GSAs at their schools.  However, many consider Alberta’s 2009 Human Rights Act, which stated, “parental rights require schools to inform parents when religion, sexuality or sexual orientation are to be discussed in class” to be a direct cause of problems as well.

In recent years, however, Alberta also has implemented certain positive changes for its LGBTQ+ citizens.  In December 2015, the Alberta Human Rights Act prohibited discrimination based on gender and gender expression.  In January 2016, David Eggen, Alberta’s education minister announced twelve specific LGBTQ+ guidelines for Alberta’s sixty-one school boards to follow, as a way to help students feel welcome, as well as safe.  The twenty-one page document of guidelines makes specific provisions for the protection and treatment of transgender students, including the right to use and be addressed by their name and pronoun and the right to self-identify their gender.

Despite these advances, discrimination against the community is apparent to this day.  On May 31, 2018, Statistics Canada released the results of its 2014 General Social Survey on Canadians’ Safety (Victimization), which reveals that 142 out of every 1,000 gay and lesbian Canadians have been a victim of sexual assault, physical assault, or robbery, as to opposed 69 for straight Canadians.  The number is 267 for bisexual Canadians.

But at Athabasca University, various scholars and activists continue to work tirelessly to create a safer society for the LGBTQ+ community.  The Trans Community Says… by former Athabasca alum Mateo Huezo contains a great deal of important information for those who would wish to learn a bit more about Alberta’s trans community.  The full 2018 thesis, The trans community says: An anti-oppressive, trans feminist research project with transgender communities, can be accessed via Athabasca online.

Students who wish to learn more about these issues can enroll in HSRV 421 Advocacy from the Margins, which offers topics such as Advocacy for Egalitarian Politics and Reform of the State, POLI 350 Women in Canadian Politics, which focuses on issues of representation in democracy and impact on public policy, and WGST 301 Women’s and Gender Studies.

Other helpful resources include Outlink, Calgary’s Centre for Gender and Sexual Diversity, a community based not-for-profit charity, with a focus on support, education and outreach for the community and Edmonton’s Pride Centre, which provides various programs and services.