Columns
The Voice
Beats from the Basement—Johnny Cash: 16 Biggest Hits 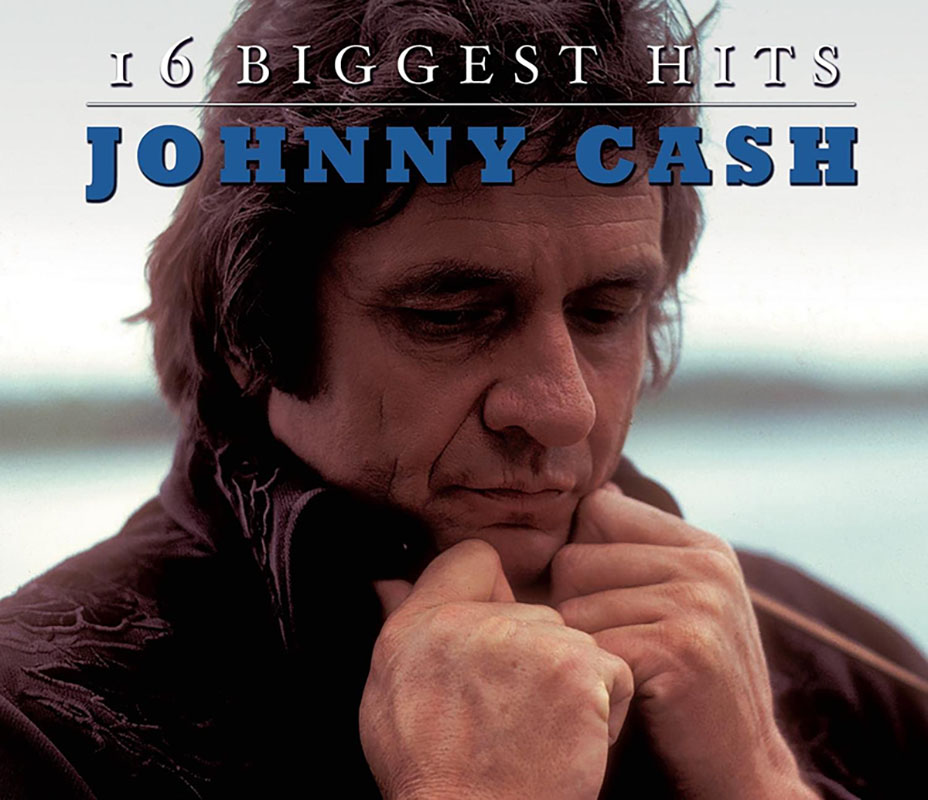 It’s arguably one of the most popular genres in Canada, yet country music is strangely disliked by many individual listeners.  I often hear that today’s catalogue is largely tarnished by pop’s influence, resulting in lowbrow lyrics, formulaic instrumentals, and aesthetic stereotypes in music videos.

Depending on audience reception, this can be true of all modern, commercially marketed genres.  Before I can say so, however, they then reminisce about past musicians—and the one name that pops up the most is the late Johnny Cash.

It gets me thinking, with storytelling inspired by his difficult life, that pleasant hum in his voice traced by heartache, and a vaudevillian sense of humour, Cash really was a pioneer in the industry, paving the way for superstars like Norah Jones and Bob Dylan.

16 Biggest Hits is just one of many examples showcasing his artistry.  The soft bluegrass heard throughout the entire album is endearing, but it is not the songs’ focus.  Instead, the lyrics and vocals draw our attention.

Many of these tracks address morality and cautionary tales.  Cash’s famous “I Walk the Line” promotes the former, tackling themes of commitment in marriage, holding oneself accountable for their choices, and resisting deviant behaviour.  While he was not faithful to his first wife, Vivian Liberto, to whom he dedicated the song, I believe he meant what he wrote at the time.  You can feel his fears about standing on the boundary between loyalty and temptation.  Producer Sam Phillips was right to request slightly up-tempo music; it offers a hopefulness that a slow, sombre arrangement could not.

The smash hit “Ring of Fire”, on the other hand, is thoroughly a love song.  Originally co-written by Cash’s second wife June Carter and Merle Kilgore and performed by Carter’s sister Anita, he chose to record it with extra lines and a mariachi-inspired flair, adding to the passionate romance reflected in her lyrics.  It is not fantastical nor giddy, traits typically shared among songs about falling in love.  The proverbial ring of fire instead subtly implies that love’s greatest strength is in transforming the individual for the better.

On the opposite end, “Understand Your Man” is a breakup song that is harsher than I would’ve preferred.  Still, I understand the frustration behind it.  Communication problems between partners are widely discussed nowadays; Cash refers to verbal abuse and a failure to listen that lead to detachment, scenarios that are nothing new considering that toxic behaviours are constantly identified in the media we consume.

Romance, of course, is not the extent of Cash’s content.  For instance, he covered late poet Shel Silverstein’s “A Boy Named Sue”, a comedy-drama in which Cash literally talks blues about a man who angrily seeks out his father for giving him a feminine name and abandoning him, but learns to toughen up in the face of humiliation over time.  While names can ultimately be gender neutral, that’s not the point of the song.  We may not know the reason why the father had to leave, but what is important is that he could at least influence his son’s growth through a simple, though long-lasting gesture, showing he indeed cares.  It provides nuance to the concept of parental negligence, that, although controversial, is worth pondering.

What makes songs like these special is that they don’t embody mere ideas; rather, you feel as though you are sitting with the performer as they engage you with their stories.  We resonate with lessons and experiences that garner our sympathy.  Though we are generally attracted to catchy tunes, we tend to remember – and live by – words and emotions.

Despite belonging to different genres, think along the lines of Imogen Heap’s entirely a cappella “Hide and Seek” and the late John Lennon’s “Imagine”, both of which prevail in immense popularity.  Whether it is a pain experienced personally or in the world, connecting with a voice that feels the same way matters a great deal to us socially aware beings.  Cash had accomplished this in his half century-long career and continues to touch our hearts in spirit as the years go by.