Features
The Voice
Turning to Literature in Uncertain COVID-19 Times 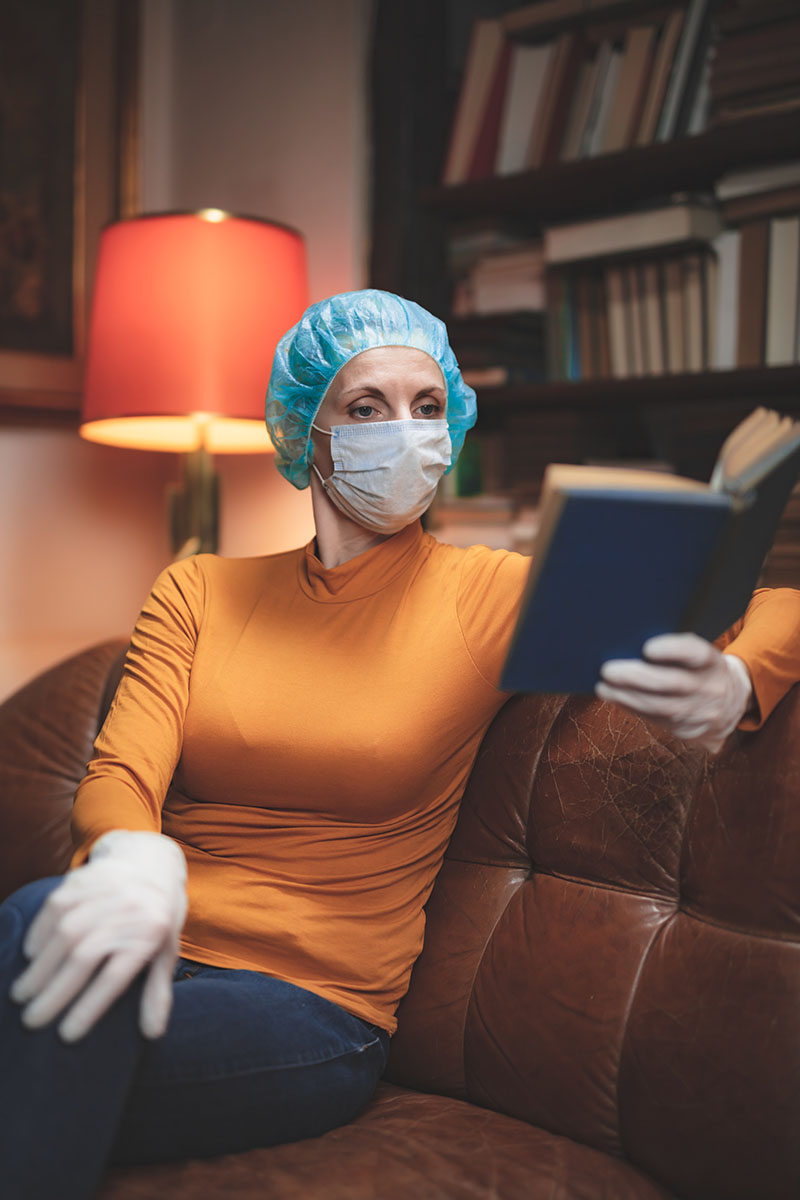 Famed American author Toni Morrison once said, “Delving into literature is not escape, nor a sure-fire route to comfort.  It’s been a constant, sometimes even violent, but certainly always a provocative engagement with the contemporary, the modern world.  The issues of the society we live in.”

In today’s unpredictable times, we may find ourselves turning to literature for various reasons; including a ubiquitous need to escape from current reality or in hopes of finding some sense of comfort, only to realize that escape and comfort may be difficult—if not impossible—to find.  Living in uncertainty and fear is a new type of existence for many of us; we may find that not even our favourite novels can distract us from our constant anxiety.

We may continue searching, this time turning to literature for guidance and inspiration, hoping for a reflection of our present condition.  Unfortunately, we find that this, too, is a difficult task, as nothing quite describes our current situation.

However, if we persist in our search, we may find a sense of relief and wisdom from the unlikeliest of sources; literature that deals specifically with the one thing that we are trying to avoid, literature that causes discomfort, and literature that offers no guidance nor inspiration.  By choosing novels that focus on humanity’s darkest moments, we confront our deepest fears.  Although our first instinct may be to turn away in horror, it is precisely in these books that we can make sense of our troubled world.

The following novels focus on the difficult themes of isolation and fear, something that many Canadians have been fortunate enough to avoid on a collective level.  For others, who have had the misfortune to live through war, famine, food shortages, curtailing of civil rights, curfews, these books may feel familiar, as certain aspects of this pandemic feel like history repeating itself.

A portion of these novels is concerned with literal and physical isolation, while others focus on the isolation and disconnection from other human beings on a spiritual level.  However, amidst these troubled tales of illness, grief, and loneliness, perhaps we can recognize — as well as understand — humanity’s incredible capacity for survival throughout the ages, in all corners of the globe.

The Plague by Albert Camus – Perhaps a morbid choice during a worldwide pandemic, French author Albert Camus’ The Plague features themes of fear and isolation in 1940s Algeria that can be applied to our current situation.  In the seaside town of Oran, Dr. Bernard Rieux suddenly notices an increase in fevers and deaths coinciding with the large numbers of dead and dying rats.  Although different from our situation, certain paragraphs are poignantly relevant, “Hitherto, surprised as he may have been by the strange things happening around him, each individual citizen had gone about his business as usual, so far as this was possible … [Until] every one of us realized that all … were in the same boat, and each would have to adapt himself to the new conditions of life.” (Camus 57)

This Blinding Absence of Light by Tahar Ben Jelloun – Moroccan author Tahar Ben Jelloun tells the story of one man’s incredible resilience in the most trying of circumstances, as he spends years isolated in prison.  Based upon true events, the book was inspired by the testimony of a former inmate at infamous Tazamamart Prison.

Americanah by Chimimanda Ngozi Adichie – Nigerian author Adichie’s Americanah deals with a different sort of isolation, including themes of immigration conflicts, acculturation, and separation, as seen in the lives of lovers Ifemelu and Obinze.

The House of The Dead by Fyodor Dostoyevsky – Russian Dostoyevsky’s semi-autobiographical memoir of Alexandr Petrovitch Goryanchikov serving time in Siberia for murder was inspired by the author’s four years of hard labour for political subversion.

The Gulag Archipelago by Aleksander Solzhetisyn – Russian Solzhenitsyn based his novel on letters, memoirs, and reports of 227 witnesses of the Siberian Gulag prison and labour camps, as well as his own experiences.

Palace Walk by Naguib Mahfouz – Egyptian Mahfouz’s Palace Walk is the first part a trilogy that includes Palace of Desire and Sugar Street, detailing the lives Cairo’s al-Jawad family and in particular the perspectives of wife, Amina, and her daughters, Khadija and Aisha.

War and Peace by Leo Tolstoy – For those students hoping for a challenge, an informal book club has recently sprouted on Instagram through the hashtag #tolstoytogether.  Readers are encouraged to read twelve to fifteen pages of Leo Tolstoy’s famed epic War and Peace per night.  At over 1,000 pages and featuring a cast of over 500 characters, War and Peace focuses on Napoleon’s war with Russia.  The virtual book club was begun on March 18 by A Public Space, an independent nonprofit publisher and author Yiyun Li, who stated, “I have found that the more uncertain life is the more solidity and structure Tolstoy’s novels provide.” The book club is free and features weekly newsletters and an overview of the week’s readings.

The themes in these books can be difficult and, for some, can be triggering as well.  Do not hesitate to reach out to Homewood Health Support Program, AU’s mental health service, if struggling during this pandemic.