Features
The Voice
COVID-19 and the Seasonal Worker 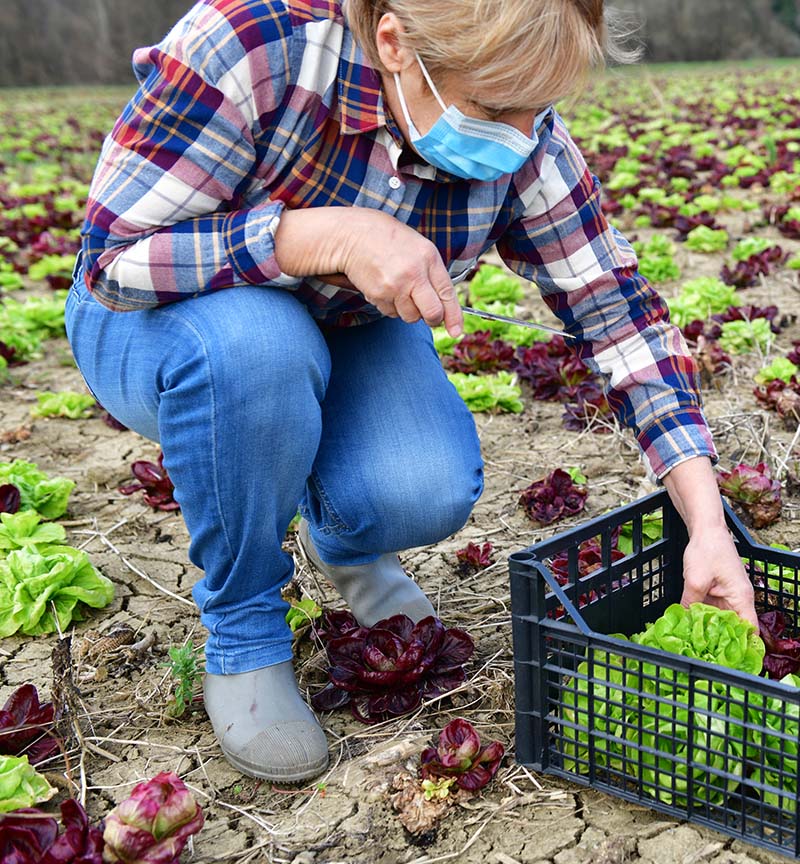 While COVID-19 has the ability to take a toll on all members of society, various marginalized communities face disproportionately high risks.  Earlier last month, the Canadian government announced the closure of the Canadian border to anyone except Canadian citizens and permanent residents, leaving many individuals, including temporary foreign workers (TFW), unsure of their future.  However, on March 21, 2020, the Canadian government lifted restrictions on these workers.

Although details are not yet clear, exemptions to travel restrictions are planned for various TFWs, including seasonal agricultural workers, fish and seafood workers, and caregivers.  Specifically, the Ministry of Agriculture and Agri-Food has revealed that the horticultural industry, lead by Foreign Agricultural Resource Management Services (FARMS) plans to charter, as well as pay for, planes for agricultural workers.  Like all other travellers, TFWs will be adhering to a two-week isolation upon arrival.

Economically, critics feared that restrictions for workers would have ruined Ontario’s fruit and vegetable grower industry for the upcoming season.  Specifically, many employers worried about a restriction on workers in the Seasonal Agricultural Workers Program (SAWP) leading to eventual grocery store shortages.

The 50-year-old SAWP program, operating between the Canadian government and participating countries, allows employers to hire TFWs in primarily the farm agricultural sector if not enough Canadian citizens and permanent residents are available to do the work.  Under the program, workers from Mexico, Anguilla, Antigua and Barbuda, Barbados, Dominica, Grenada, Jamaica, Montserrat, St. Kitts-Nevis, St. Lucia, St. Vincent and the Grenadines, and Trinidad and Tobago are permitted to stay in Canada for a maximum of eight months.  A 2015 estimate states that in British Columbia, this included nearly 7,000, while last year alone, 18,000 workers came to Ontario.  Canada-wide, the current number is approximately 60,000.

In Southern Ontario, which relies heavily on seasonal workers, Conservative Chatham-Kent-Leamington MP Dave Epp had asked the government to “revisit” its decision.  Other critics included the Ontario Fruit and Vegetable Growers Association, the Ontario Federation of Agriculture, and the Asparagus Growers of Ontario.  When contacted for a statement, Keith Currie, President of the Ontario Federation of Agriculture stated, “For some time now, Canadian agriculture has had a growing labour shortage that has been greatly reduced through the use of seasonal foreign workers.  Having the Canadian government permit access to bringing in foreign workers will greatly reduce that labour shortage, and assure Canadians that the safe secure food supply they have come to trust and enjoy, with be maintained during the Covid-19 pandemic.”

However, while media continues to predominantly focus on economic aspects, various non-profit groups and rights organizations work tirelessly to bring awareness to this issue’s human rights perspective.  Canada-wide, various groups are working for temporary workers’ rights, including seasonal agricultural workers, as well as others vulnerable in this pandemic, including undocumented individuals, refugees, and those living in poverty.

The Migrant Rights Network is currently collecting signatures with a set of demands for COVID-19, including healthcare for all regardless of immigration status, as well as worker protections, stopping detentions and deportations, and community support.  The Okanagan’s Radical Action with the Migrants in Agriculture (RAMA) is a grassroots movement, which supports the over 5,000 TFWs working in the valley, while in Ontario, Justicia for Migrant Workers (J4MW), a volunteer-run political collective, strives to promote the rights of migrant farm workers.

When contacted for statement, Amy from RAMA directed The Voice toward Justicia’s website’s statement, which “is urgently demanding action from both the province of Ontario and the government of Canada with respect to the dignity of migrant workers during the COVID-19 pandemic.”  Demands include healthcare for all, regardless of immigration status, including those who do not heave health cards, as well as supporting waiving health card requirements and waiting period requirements.  In addition, they are asking that workers not be repatriated, terminated, or deported if they fall ill during this pandemic.  The full statement is available on Justicia’s website.

Justicia’s Chris Ramsaroop is calling for both the federal and provincial governments to provide workers being brought to Canada with full healthcare and employment insurance in case of job loss or illness.  When contacted for comment about the focus on economics and how Canadians can help migrant workers, Ramsaroop stated that ultimately, businesses are protecting the bottom line “at the expense of workers and their health and safety,” believing that “each one of us needs to be concerned.”  Ramsaroop expressed concern regarding food security, stating that greenhouses in Leamington have been converted into cannabis production, as opposed to food production to “maximize profit.” Ramsaroop also stated that that Canadians need to “fundamentally rethink our relationship to food and the people who put food on our table.”

No One is Illegal Toronto, a voluntary grassroots migrant justice organization, has also recently issued a public statement regarding COVID-19that demands the end the policing of asylum seekers at the border; ensuring status on arrival; investing public funds in public health, housing, and jobs for all, regardless of status; releasing all migrant detainees and non-violent offenders; halting deportations; and status for all.  A comprehensive COVID-19 resource list for non/precarious status people is available on their website as well.

Recently, on April 11, the federal government revealed plans to expand financial supports, such as Canadian Emergency Response Benefit (CERB) to seasonal workers who do not currently qualify.  According to the Migrant Rights Network, non-permanent residents with a valid SIN can apply.  However, these supports will not extend to those without a valid SIN number.  According to Syed Hussan, the executive director of the Migrant Workers Alliance for Change, this is a problem as some workers cannot obtain a SIN because they have just arrived, or cannot renew with closed Service Canada offices.

Fears for seasonal agricultural workers during COVID-19 are not unwarranted, as workers have often dealt with rights violations Canada-wide, even before this pandemic.  In particular, British Columbia’s provincial regulations regarding government inspections was changed in 2018 after the Mexican government alleged that workers were living in unsafe conditions in the Okanagan Valley.  Unfortunately, this was not the first time. There have been 2012 allegations in Abbotsford, and ,in 2019, complaints about working and living conditions in Kelowna.  Neither has Ontario been immune, with allegations of abuse in 2018 in Leamington.

Although plans are underway to provide employers with $1,500 per worker to modify accommodations, subsidize wages, and deal with other costs during the pandemic, fears about the workers’ living conditions continue.  On April 1, the first COVID-19 related outbreak occurred in a Kelowna nursery, affecting nineteen workers.  Many rights organizations worry about workers’ living conditions exacerbating the crisis, as many live in cramped housing with inadequate bathrooms.  In addition, although workers coming into Canada are now guaranteed wages during their two-week mandatory quarantine, reports are surfacing of workers unable to access food or support from their employers, as well as being told to repay wages at the end of the season.  Rights groups suggest unannounced inspections and hotlines to report unsafe conditions, as well as providing access to clear information in the workers’ native languages.  Migrants Rights Network is calling for “enforceable requirements on employers” that must be met before workers arrive.

Also, concern exists regarding the effect that increased police powers will have on marginalized communities, including various temporary workers.  As police now have increasing abilities to fine and arrest those who do not abide by self-isolation rules or limits, rights advocates worry about misunderstandings due to language barriers.  Jargon such as “social distancing” may not be clear to many.  In addition, many individuals work predominantly in the gig economy, in shift work, or in essential low-wage positions, and will be unable to simply self-isolate.