As society attempts to navigate the uncertainty of current events, the economic sector continuously reminds us that, despite our fears, productivity is still important above all — with headlines proclaiming 9 Tips To Be Productive When Working At Home During COVID-19 and What You Need To Know About Holding Productive Virtual Meetings During COVID-19.  One quick glance through social media reveals prompts to write a novel, learn a new language, begin professional development courses, or start a new side hustle.  Workers and students are expected to quickly adapt to remote working conditions as though the world has not been dramatically altered.  Those who cannot adjust are derided as unproductive, unmotivated, or simply lazy.

However, this push toward productivity fails to address that, we, as a society, are living in a time of collective grief.  For many, this is a new reality.  A sense of directionlessness and sadness pervades our daily thoughts; our mental health is suffering.

Unfortunately, this push toward productivity does not come as a surprise, as society has historically lauded hustle culture or toxic productivity — recent catchphrases designed to draw attention to the fact that 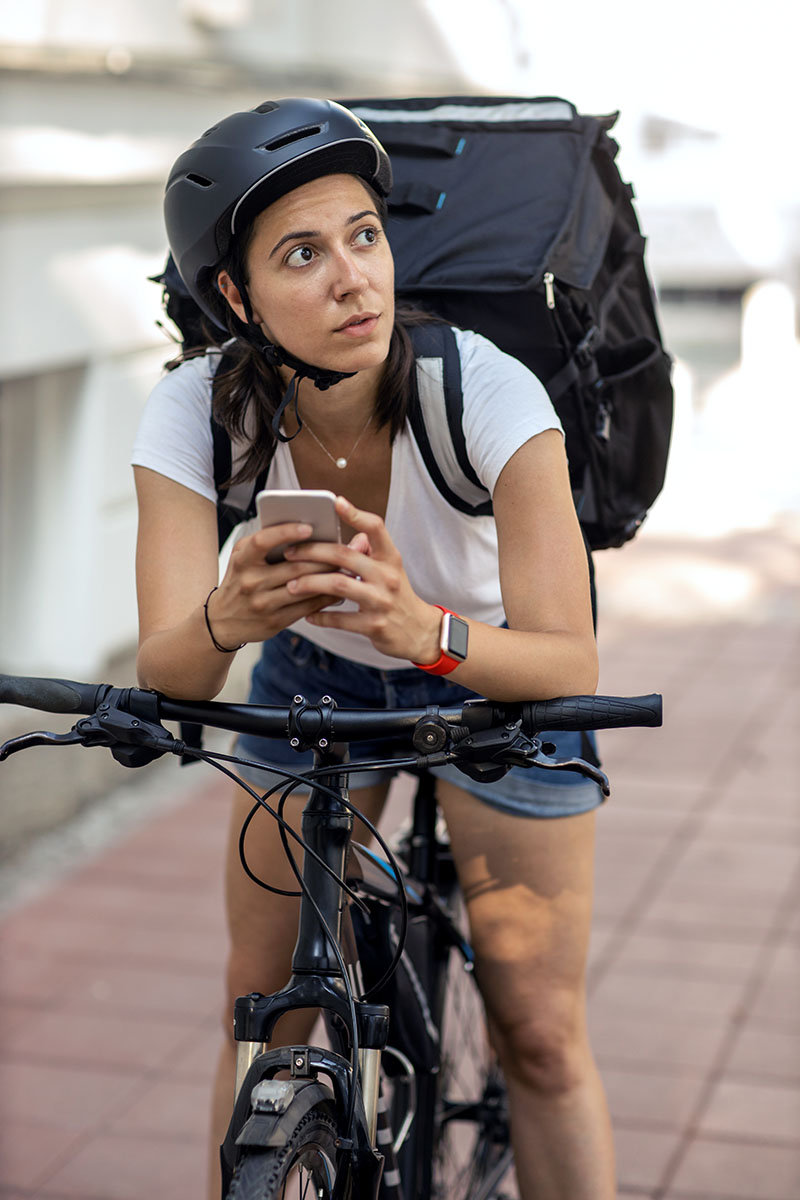 our worth is based upon our labour under our current economic system.  We hustle and grind every moment of every day, feeling irrational guilt during moments of rest.  We take pride in overwork and taking on more than we can handle.  “I pulled another all-nighter,” we proudly tell our friends.  Our failures in life are simply a result of not putting in the work, of not “pulling ourselves up by our bootstraps,” rather than structural barriers designed to maintain the status quo.

Although disability justice activists have struggled against these standards for years, perhaps this pandemic may finally bring these views into the mainstream.  Perhaps, the one positive that can be seen among tragic losses is the possibility of a mindset shift.  Perhaps, we can reflect on what this culture of relentless productivity is doing to our bodies, our minds, as well as our communities — in turn, saving future lives.

While striving to reach our goals is inherently positive, in the end, our dreams will mean nothing if we work ourselves to death.

Ultimately, hustle culture underlies larger structural issues in our societies.  Our healthcare and educational systems are underfunded.  Minimum wages have only risen slightly, in comparison to skyrocketing rents and costs of life.  Traditional fulltime jobs are becoming increasingly rare, which often results in a lack of benefits and traditional employment protections.  Increasingly, we live in a part-time or gig economy, where workers are not paid a living wage.  Society has now deemed many of these workers essential.

Despite many individuals being forced to continue working, either as a result of their in-demand skills or their economic situations and being lauded as heroes, in reality many are being sacrificed against their will.  Although the media increasingly espouses war rhetoric for the bravery of essential workers “fighting on the front lines,” these workers themselves remind us that they are indeed fighting, often without proper protection.  Like others, they would like to stay home with their families, or at the very least, obtain wage increases, benefits, and safe working conditions, with proper personal protective equipment.

They are our nurses, pharmacists, personal support workers, and doctors, who never expected to have to put their lives on the line.  As we thank these workers for their “sacrifice,” it would be prudent to be mindful of other essential workers: our migrant workers, cashiers, cleaners, grocery store clerks, liquor stores clerks, construction workers, and flight attendants.  They also include individuals who are undocumented and ineligible for benefits.

Hustle culture and economic pressure has taken a severe toll; our mental health is suffering.  According to the Canadian Mental Health Association, one in five Canadians will experience mental health problems in any given year.   By the age of 40, 50% of Canadian will have or have previously suffered from mental illness.  Although mental illness results from a combination of factors, including genetics, biology, and personality, it is also largely affected by our environments, which includes our jobs.

Our physical health is suffering as well, as chronic stress has been linked as one of the causes of high blood pressure, heart disease, and diabetes.  In addition, increasing studies reveal that mental health is strongly connected to physical health.

As a result of deteriorating physical and mental health, many individuals are developing substance abuse issues.  A recent example of this includes what has been termed “Mommy drinking culture.”  Social media, including memes, such as “Boxed wine is just a juice box for moms” have normalized drinking culture for mothers, making daily drinking socially acceptable and at times, amusing.  In an interview with Global News, according to Addictions Foundation of Manitoba AFM Education and Research Specialist, Kathleen Keating-Toews, “Some of the ‘Wine Moms’ that we see are typically women who are parents and they are stressed, they’re overwhelmed…and they are using wine as a means of enhancing a social experience, or as a means of numbing out from the stresses of being a parent.”

However, she continues, “We aren’t saying women should never be drinking…We’re just asking for people to take a look at why alcohol should be considered as a gender equalizer when the reality is it does cause a lot of harm, and it causes a lot of harm particularly for women.”

More Canadian women in general are drinking, not simply overwhelmed and unsupported mothers.  A recent study by the Canadian Institute for Health Information has found that since 2001, the rate of women who die as a result of alcohol has risen 26%.  In 2016 — 2017, Canada-wide, there were 25,000 women alcohol-related hospitalizations.  According to Dr.  Sheri Fandrey with the Manitoba Addictions Knowledge Exchange Centre, this is because alcohol stays in women’s systems longer, as they have less enzymes to break alcohol down before it enters the bloodstream.

However, alcoholism affects Canadians of all genders.  According to a 2019 report by the Canadian Centre on Substance Abuse and Addiction, in 2012 alone, 3.2% of Canadians reported alcohol abuse or dependence while, in 2014, approximately 15,000 died as a result of alcohol.  COVID-19 has revealed the extent of this alcoholism, as liquor and beer stores have been deemed essential services.  Experts, such as Elaine Hyshka, a researcher and assistant professor with the School of Public Health at the University of Alberta, believes, “Alcohol dependency can be psychologically and physiologically.  If the supply is cut off for that population of people, it can be potentially catastrophic.”  Although not everyone will suffer complications, such as seizures and psychiatric issues, our already overwhelmed health care system cannot handle those who will.  For this same reason, in 2018, Edmonton’s Royal Alexandra Hospital allowed supervised drinking, the first of this type of program in Canada.  Experts, such as Jurgen Rehm, senior director of the Institute for Mental Health Policy Research stated that alcohol needs to be taken more seriously, believing that less advertising, decreased affordability and availability would decrease the burden of alcoholism, despite the fact the “our political system doesn’t want to do that.”

Although affected by a variety of factors, deteriorating economic situations and substance abuse issues may contribute to domestic violence.  According to relief organizations, gender-based violence is a common trend during disasters and emergencies.  Domestic violence shelters have been bracing for increases in violence amidst COVID-19, fearing that economic stress and self-isolation may lead to increased incidents.  Already, increases in domestic violence have led to more people seeking help.

Although hustle culture and its underlying structural problems and associated outcomes have become standardized over the years, the pandemic has truly revealed the extent to which this relentless drive for excess has harmed society.  Perhaps, what is needed is a paradigm shift, one in which we stop acquiring unnecessary consumer goods to fill the void in our increasingly lonely lives.  Perhaps, we need to stop killing ourselves for an economic system set up to keep many of us one paycheque from financial ruin, working for employers who will replace us the instant we no longer serve their purposes.  As COVID-19 has shown, our careers, our homes, our cars, our possession bring no joy; what we truly miss is connection with others.

For many Canadians privileged to work remotely in a safe and stable home, this is a new reality and despite fears and hardships, lessons can be learned.  For those without this privilege, hope remains that these lessons will bring positive and lasting change.  For many, this global slowdown is a chance to gain perspective, to contemplate our fast-faced, consumption-driven lives, which have led to deteriorating mental health, substance abuse, and increasing violence.

This is not simple idealism.  Throughout history, our economic system has proven unsustainable, destructive, and cruel for much of the world’s population, as well as the environment.  For many of the world’s inhabitants, the Global North’s increasing consumption and extraction has led to devastating outcomes.

Admittedly, it would be foolish to say that we should not focus on our economic situations.  At times, the adage, “Money doesn’t buy happiness,” rings false, as money allows us access to food, shelter, medical care, safety, and dignity.  Perhaps instead of hustle culture, we find a balance: a focus on individual and community care in a new a system in which we take care of our own needs, as well as those of others. 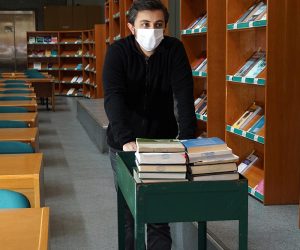 The Study Dude—Dig up Your Passions