Articles
The Voice
Beats from the Basement—2Pac 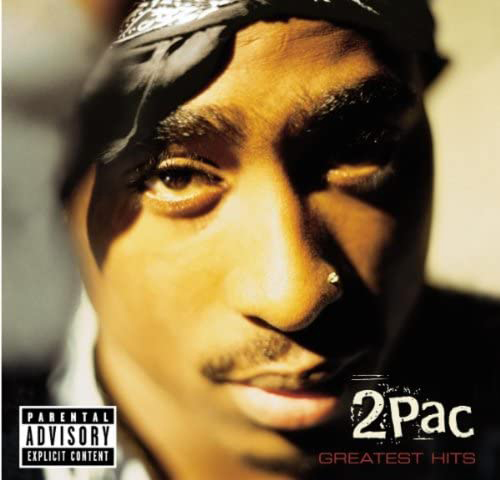 As is the case with country, rap music seems to be either greatly adored or abhorred despite its evident popularity in Canada, not to mention the likes of Drake enjoying international success.

I’ll admit that I was once unfair to the genre.  Like many people, especially those who are considerably older, I chalked it up to obnoxious vocals, annoyingly simplistic beats, and the same-old anthems about the gangster lifestyle, which, when I think about it, is actually romanticized in much of today’s library.

It’s no mystery, then, that the late Tupac Shakur, or “2Pac”, who was known for pushing boundaries in conscious lyricism while also painting a portrait of oppressive behaviours toward and within minority communities, is considered one of the most influential rappers of all time.

Listening to Greatest Hits made me realize what can be done with freeform expression.  2Pac didn’t just tell one story per song; he could go from supporting women in toxic relationships to neglected children in about five minutes.  I can’t recall a moment when the sombre themes ever feel glossed over or like an afterthought.

“Changes” is exemplary of that, covering racism toward African-Americans in police brutality, the drug war, and the cycle of poverty, as well as what life was really like in segregated neighbourhoods.  Featured artist Talent recorded parts of the sampled song “The Way It Is” by Bruce Hornsby and the Range for the chorus; his singing coupled with the piano makes it all the sadder.

2Pac also showcased a sense of spirituality in “Unconditional Love”, a song about the very concept in families or relationships, and how loved ones are there for one another as they struggle to improve their livelihoods.  I like the feminine energy in the backing chants and the gentler tempo, but I’m mixed on his vocals.  On the one hand, I appreciate that he rapped how he felt, but I nevertheless would’ve liked to hear a softer voice to match the song’s tone.

Of course, I can’t talk about 2Pac without bringing up “California Love”, the track practically made for action movies and sporting events.  2Pac had never shied away from revealing his thoughts at any given time, so his fun party jams such as this come across as authentic and not obligatory commercial singles.  Such a simple sample of the late Joe Cocker’s “Woman to Woman” turns into the smoothest blend of subtones, syncopated rhythm, and harmonies with Dr. Dre and the late Roger Troutman.

Even when his songs were fluff, 2Pac still managed to produce fresh content by incorporating g-funk, which is no small feat for a genre that tends to be limited musically.  The sounds of R&B, soul, jazz, and new jack swing help balance out the focus on his raps and make for a relaxing listen.  Having so many guest singers on the album also reduces the monotony.

What stands out to me the most, however, is the pain in his own voice he had probably tried to hide with force.  That’s how you know the messages he conveyed to the world meant everything to him.  As difficult as it is for me to write, I have to wonder if he would’ve made the same impact had he not experienced the things he did at such a young age.

In his short life, 2Pac’s advocacy had been commended, though his criminal history had simultaneously subjected him to controversy.  However, you can’t deny his torch as a musician that continues to be carried by many talented rappers, including Nas, M.I.A, and Eminem, all of whom are no strangers to political statements in their music.

From Where I Sit – Beats Me