Columns
The Voice
Beats from the Basement—Santana 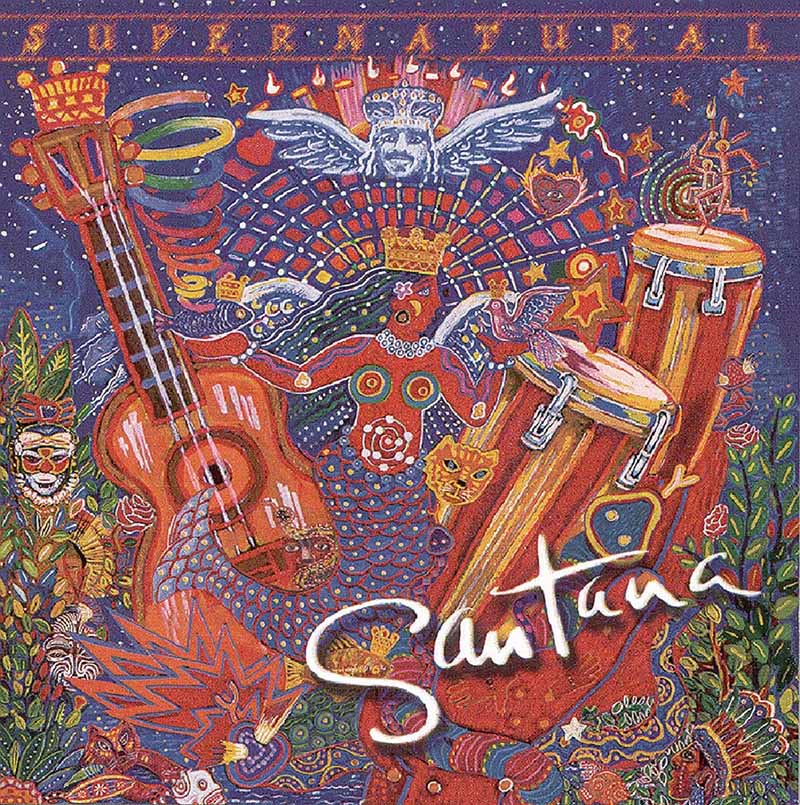 My feet have a mind of their own whenever Spanish-language music plays.  Whether it is the Gipsy King’s fleeting flamenco or Gloria Estefan’s frisky freestyle, the romantic in me soars beyond the ballroom floor.  Latin rock adds even more flavour to the Spanish-speaking world’s many genres, though it wasn’t until guitarist-songwriter Carlos Santana and his band of the same last name released Supernatural in 1999 that it became popularized in Canada.

Like much of their discography, the nine-time Grammy award-winning album is nearly split down the middle between Spanish and English songs where lyrics apply, allowing the band to nurture their roots while also welcoming foreign listeners to their style.  It combines hard/alternative rock, pop, and R&B for a truly adventurous and passionate experience.  Some tracks make you feel like a vagabond driving on wondrous sand dunes and others take you on a relaxing trip to the beach with their funky chill.  Santana brings some of that psychedelia from their jazz fusion days, but it puts your mind in a spiritual state rather than a cosmic one like a Pink Floyd tune would.

Despite what other critics have said, I find the album constant in its chosen styles, all except for one song and that’s “Do You Like the Way” written, produced, and rapped by former Fugees member Lauryn Hill and sung by CeeLo Green.  It starts off as music you’d hear in a spy thriller, which is cool, but I’m not sure why Hill decided rapping her part is better than using her fantastic singing voice when the instrumental is already dramatic enough.  Green’s segment, by contrast, match his pained, almost inaudible cries to the words perfectly, which speak to how the human condition never ceases to be greedy and ruthless in spite of our advancements.

That jarring moment is easy to forget when the rest of Supernatural, like its very cover, is nothing short of vivid.  Matchbox Twenty’s Rob Thomas enters smash hit “Smooth”, which he dedicated to his wife, Marisol Maldonado, with cheeky flirtation, and Santana’s groove helps turn the entire production into a cabaret.  Picture this: you’re calmly watching a movie, when suddenly the protagonist and their entourage break out into song and every stranger within range joins in on the shenanigans.  You don’t know how or why this happens, but it vibes with you anyway.  That’s “Smooth” in a nutshell.

Out of all the albums I’ve dug up thus far, I haven’t heard a track to conclude one as well as “The Calling” does.  Fellow rock and blues guitarist Eric Clapton interplays with Santana through their intricate language of strings during the first half; it’s as gently unpredictable as the first few raindrops on your palm before the shower, but when the percussions’ shifting and clapping pick up in the second half they thoroughly cleanse your soul.  The gospel-esque chanting aids in making this sound like a song for the people instead of something abstract and unreachable.

Before concluding this review, I must of course honour the generation-defining “Maria, Maria”, featuring The Product G&B and produced by Wyclef Jean and Jerry Duplessis.  Every time I hear it, I imagine myself with a cheap cigar in one hand and my fifth drink in another at an abandoned cabana where we’re all wallowing in our thoughts about lost love and the world’s problems.  Although fads come and go, our fond memories with this song will remain timeless.

It’s unfortunate that we haven’t seen other musicians cross over like Santana did, because we could sure use a revival of these musical styles on the indie scene to keep it fresh and alive.