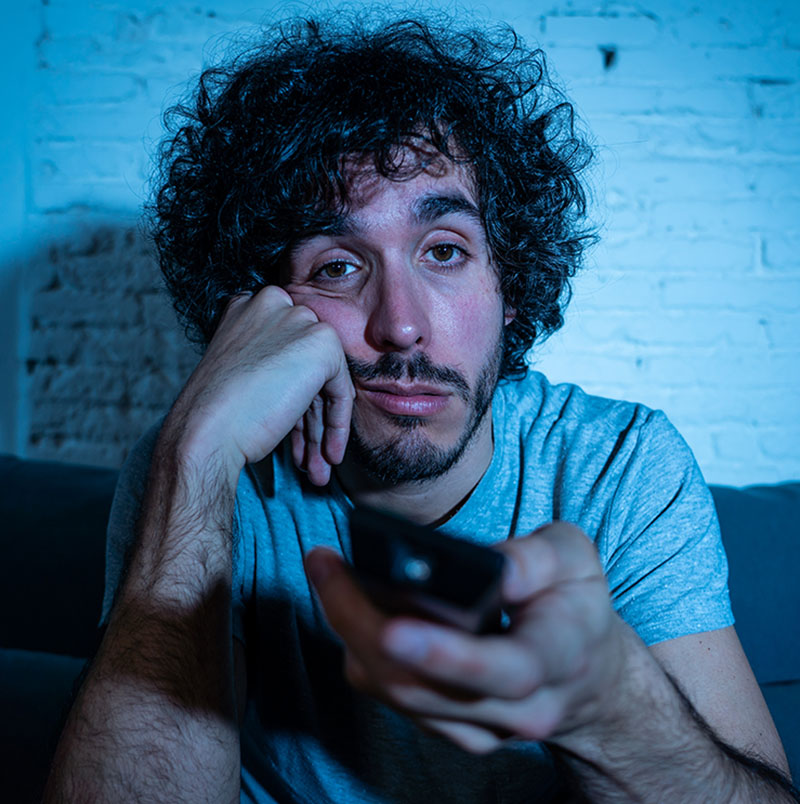 A scanty few decades ago childish tears and angst were met with the phrase “I’ll give you something to cry about!”  Social evolution means that what was once a real threat evolved into a threat of a threat before landing with a plop in a puddle of joke threats that, ideally, would bring cheer to any young gaffer’s countenance.  Smacks of reality aren’t reserved only for whippersnappers though; the value of having perspective in the over-awing face of negative emotions is universal.

Take boredom during social distancing, for instance.  No culture has ever had so much entertainment at its crowd-sourced fingertips.  As such, boredom in 2020 only simulates what was once an abject dearth of stimulation.  ‘If you’re bored then you don’t have enough to do’ is a self-administered response we know well at AU.  After all, there’s almost always some course material we could be working on instead of wallowing like a buffalo dying from a Komodo dragon bite.

Kids embarking on tantrums are traditionally implored to ‘use their words’.  Well, consider the nature of adult boredom; it’s not that there’s nothing to do so much as there’s no reasoned assessment of why we’ve had our motivation snatched away.  As Jacques Derrida put it, “there is no Trojan horse unconquerable by Reason” (Derrida, 36)   And yet, adults under the COVID-19 regime still play the part of bored bipeds, even as mere weeks ago they were busy kvetching about the lifeless nature of their social lives or the soul-destroying grind of their 9-5 jobs.  A reasoned perspective is just the antidote.

Too Much Time and Not Enough To Do? Hop Into Your Family Tree Time Machine!

Sixty years ago, my great grandma was a dairy farmer and orchardist in the Edenic town of Kaleden, BC.  Her family’s protein included bear meat canned in mason jars; this time of year no fresh vegetable or fruit crops were sprouting.  Social distancing was a rural reality and the only live feed was fed to the chickens.   But life wasn’t all peace and buttercups; apocalypse was only ever a few footfalls away; it hovered in shadowy fears, either in a Biblical eschatological sense, or an economic poverty sense, or a Cold War nuclear annihilation sense, or a viral influenza during pregnancy sense.  The world then contained at least as many fearful components as it does now, and certainly a shorter average lifespan (although my great grandma actually lived to be 99).  Boredom was a luxury and a privilege.  As a youngster in the 80s, I was her little helper, and I particularly loved to help retrieve ice cream from the basement freezer and turn the irrigation taps on and off.  Little joys were the essence of such a rural life.  Today when we feel bored, we’ve forgotten all the joys that curate our modern privileges.

Baudrillard and the Simulation of Reality

The key to the irrationality of present boredom is that we have lost our sense of historical context and descended into a senseless labyrinth of social media illusions.  Jean Baudrillard anticipated all this in the early 90s with a book called The Illusion of the End.  At the cusp of the emergence of the internet epoch he was responding, in part, to a thesis by a Japanese academic named Francis Fukuyama.  The latter had stated that, with the fall of the Berlin Wall and the collapse of the Soviet Union we as a species had entered an “End of History.”  Not so, said Baudrillard, in reality we had simply surpassed normal historical markers of reality along the historical trail.

Like Hansel and Gretel’s breadcrumbs, the way home was there, only it had become invisible due to an excess of distractions.  In this new epoch, each individual, composed out of our many internal versions of self, became a “‘neo-individual’ plugged into the network, getting continuous feedback” (Baudrillard, 106).  When the teal-coloured 1992 poop hit the fan and the USSR disbanded (following a referendum where the people actually voted by a large margin to keep it), the world briefly appeared to be a planet of liberal-democratic consensus.  Just like today with COVID-19, we all appeared to be in the same boat even enough to resurrect god-awful tunes such as “We Are the World.”  Funny how saccharine sentiments emerge in a time of trouble; is this comfort food or just a cry for help?

A sense of belonging and bonding over boredom may be the root of our present cultural circumstances.  We must perform our boredom well, in combination with our appreciation of heroic health care workers, to conform.  Baudrillard stated that the “fundamental integrism of this consensual society, the terroristic fundamentalism of this new sacrificial religion of performance” meant that, like pale-faced lab rats, we tend to gather together and act the part that we figure we must play.

Real heroes, like health care workers, are lauded while the limitations of our existence (forced to curl up with a good book by law?) are lamented.  Yet our feelings are irrational given how much there is to do without even leaving our homes.  A certain “distortion of causes and effects” leads to a “mysterious autonomy of effects” (Baudrillard, 110).  This “fierce liturgy of the virtual” allows real-time celebrities demonstrating their Handiwipe techniques to wipe out a sense of context.  (Badurillard, 106).  Facts and causes fall victim to the emotional performance of effects.  Meanwhile etiology, the science of causes and effects, reveals what we presumably all know about the root cause of the virus and how the CDC in 2007, following SARS, warned about the increased risks of live animal market sales (Chomel B., et al, 2007 ).

Dreams of Reality, Reality as a Dream?

The dream of getting out of depressing loops of COVID-19 discontent seems as simple as turning off our screens and reading a book.  At AU, we are experts at academic productivity, so why not now find a few extra side projects to research during these additional down times.  Baudrillard wasn’t so sure, however, and frankly it does seem a tall order to act as though the internet, with its friends and fellow travellers, isn’t destined to guide the emotional life of our minds.  He wrote that “this revival of vanished – or vanishing – forms, this attempt to escape the apocalypse of the virtual, is a utopian desire, the last of our utopian desires.  The more we seek to rediscover the real and the referential, the more we sink into simulation, in this case a shameful, and at any event, hopeless simulation” (Baudrillard, 1994, p.117)

It’s our feelings, our affects, that we’ve come to let govern our lives.  And these are outcomes of collective interactions rather than raw data; many folks sit at home bored in their spare time anyway, but now the collective sense of boredom breeds a new empire of performativity.

Show Me the True Blue Truth!

Boredom thus has social causes that transcend our real conditions.  Yet even the most scientific of truths involve simulation of reality; that is, a forced submission to the methodologies on offer.  Think of the romantic phrase ‘why do birds suddenly appear?’ Of course there’s a reason for their feathery flight that transcends the two lover’s noticing them.  Romantic birds and their songs appear as tokens of love because they are interpreted as such.  This parallels how flowers are presented not as the outcome of their botanical growth processes but as simulation of the love of the giver.  Colours, too.  There’s probably no genetic reason that we have certain favourite colours.  And can any colour be ‘right’?  Turns out, scientists in Japan recently synthesized what they claim to be the truest blue and yet their description seems as far removed from the real colour as does boredom in the internet age seem distant from boredom in that timeless, dusty, rural life of yore:

“We succeeded in generating blue chrysanthemum flowers by introduction of butterfly pea UDP (uridine diphosphate)–glucose:anthocyanin 3′,5′-O-glucosyltransferase gene, in addition to the expression of the Canterbury bells F3′5′H.  Newly synthesized 3′,5′-diglucosylated delphinidin-based anthocyanins exhibited a violet color under the weakly acidic pH conditions of flower petal juice and showed a blue color only through intermolecular association, termed “copigmentation,” with flavone glucosides in planta.  Thus, we achieved the development of blue color by a two-step modification of the anthocyanin structure” (Noda, N. et al, 2017).

True boredom, like feeling truly blue, or avoiding the flu, or reading about the chemicals that make colours, says more about our context than about some over-arching capital “T” truth.  Boredom is an opportunity if we choose to look at it that way; even the busiest households typically have access to noise-cancelling headphones.  At AU let’s remember how lucky we are that we’ve taught ourselves to make the most of every available open moment of time.  And if we’ve forgotten this hard-won freedom now is the time to remember it. 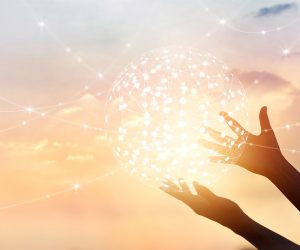 The Art of Innovation

Fly on the Wall – This Thing Called Boredom

The Good Life – In Defense of Boredom