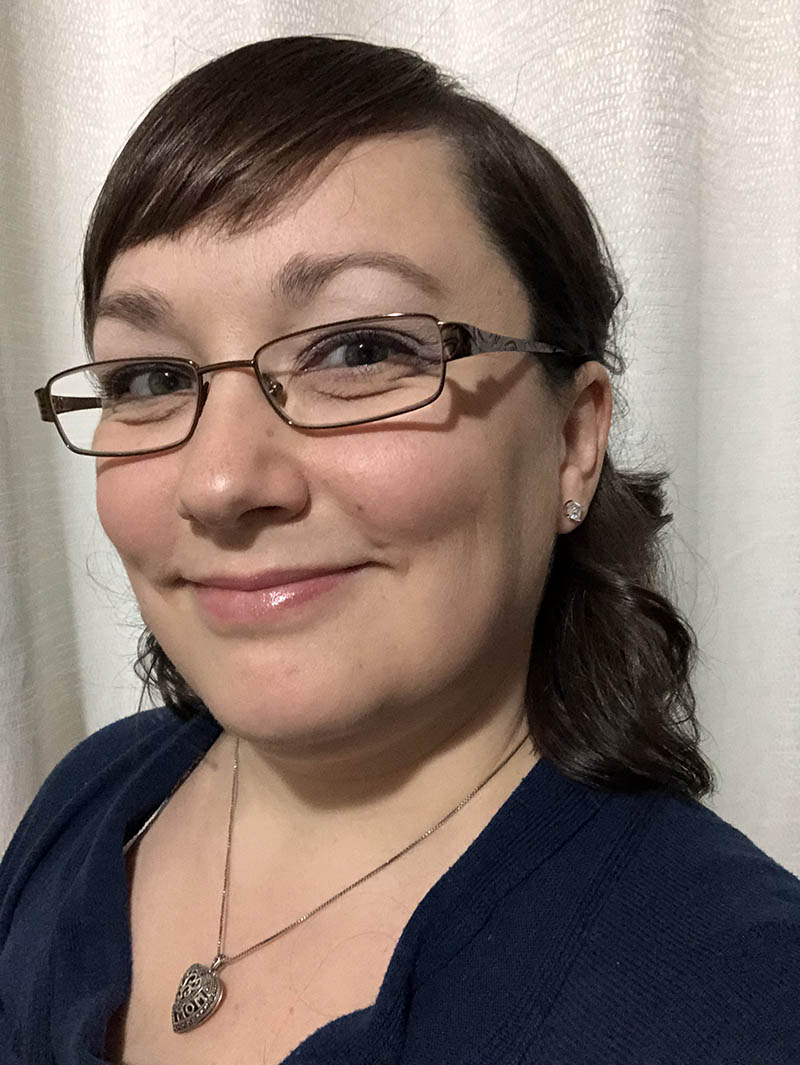 Born in Edmonton, Monique Durette now lives in Okotoks, Alberta where she’s taking her Bachelor of Arts with a major in Political Science and a minor in Women and Gender Studies from AU.  She’s lived across the country, from BC to Ontario, and in fact met her husband while she was in high school in Ontario.  It’s not quite the standard tale of high school sweet hearts, as she moved again, this time to Alberta, at the age of 17, and only reconnected with him when he found her on Facebook, 11 years ago.

Together, they now have a son who’s six years old, and a couple of grown children from his former relationship, one of which has recently made them grandparents.

But before she came to AU, Monique began her working life at a bank in Banff, Alberta, where she worked for six years in various positions, from teller to branch manager to financial advisor, and was considering which way to continue along the corporate ladder when one of the branches she had worked and still had friends at was robbed.  This wasn’t just a quiet robbery, but serious enough to the point where people were tied up in the process, feeling legitimate fear for themselves, and this was made even worse as one of the primary people involved in the robbery had been an employee she’d worked with in the branch.

Needless to say, that kind of experience can make you reconsider your options.  She left to become the office manager for a smaller company in Banff, eventually starting her own bookkeeping and tax preparation company which she did for about a decade, until shortly after her son was born, when he husband started a janitorial and property management business in Banff around six years ago.

Only a few months into that business, however, and her family was involved in a massive car accident, one that completely changed their world.   With her husband suffering injuries that caused permanent disabilities, and dealing with her own anxiety and PTSD from the accident, their property management business had to close.  This life changing event is also responsible for bringing her to AU.  After her husband closed the business, he decided to attend post-secondary.  Monique remembered how she liked learning, even as she disliked school, so when her husband started it was an inspiration for her, “I figured that sounded like a cool thing to do and I needed to do something.  I was running a day home as a means to provide for my son and husband, and it became apparent I needed to do something additionally for financials, so I could either try to find a job that would accommodate my needs and hopefully wouldn’t take me away from home schooling our child, or I could go to school.”

“And I already had all of these passions and goals—I’d been working more with non-profits, and some voluntary work I’d been doing to fight for women’s rights in maternity care, and I realized I needed a degree to get into the positions with these organizations that I wanted, and couldn’t get into otherwise.”

That’s what led her to sign up for her major in political science, with the minor in women and gender studies.

When she’s not studying or working, Monique spends much of her free time crocheting and knitting.  She started crochet when she was just eight years old, but “in the last five years, I’ve picked it up a lot, and it was interesting to learn recently that it’s something people with anxiety and PTSD are encouraged to do to help them.” 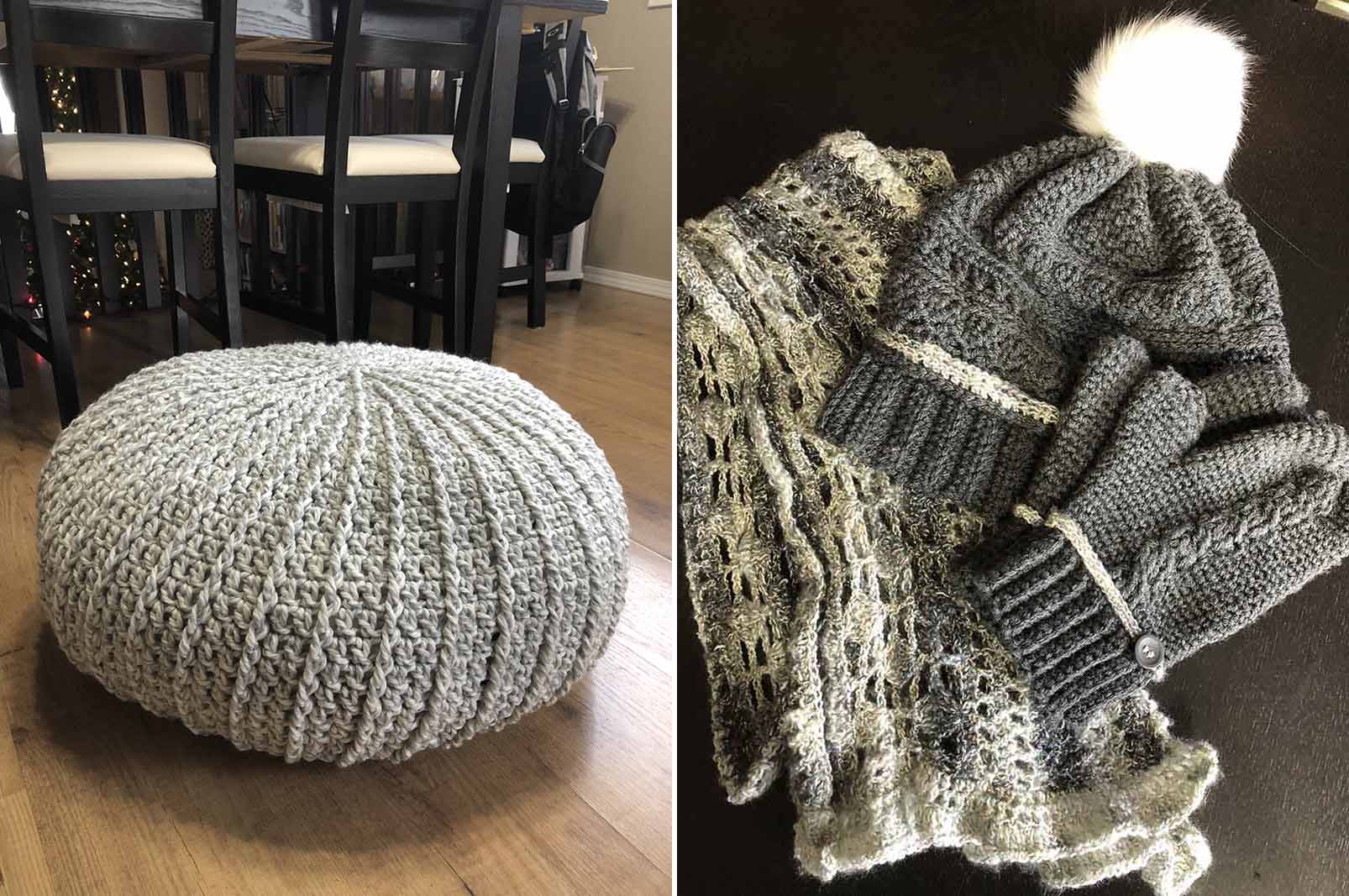 A recent creation of hers was a nice sweater, generally doing gifts for her family and friends.  Another recent project being a blanket for her step-granddaughter.

She also, as mentioned before, spends much of her time homeschooling her son, but not because of the pandemic.  “COVID hasn’t changed much for us because even before that my husband can’t work, so he’s at home, and so am I, and my goal is to continue to be able to work from home so I can help my son and husband – plus it’s better for my mental and physical health.”

“It’s fortunate,” she explains, “that this pandemic has really opened people’s eyes to the potential and possibilities that working from home can provide.”

So where does she intend to go with all this?  Monique’s goal is to “work in a non-profit as an executive director.” And while she’s “leaving the doors and mind open about what that will look like specifically,” she expects it will “likely be in the realm of women’s rights or rights for persons with disabilities, two areas I’m passionate about.”

Recently, her studies at AU have led her to run for, and be elected, to AUSU, where she now serves as the VPFA.  She notes that “I’m really quickly learning to love the educational side of the non-profit world as well.  I didn’t know how much of an enormous world post-secondary is, and it’s opened my eyes to it.  I’m amazed at all of the dynamics that come into play.”

When I asked her who or what in her life had the greatest influence on her desire to learn, she explained that while she’d had a tough childhood – being in about nine different schools between kindergarten and high-school graduation – she always enjoyed the learning portion of schooling.  She was a good student in that she did well at school, but also experienced significant bullying and harassment, which is probably the biggest reason that she ended up choosing home schooling now, both for her and her son.

“Having done well in K-12 kept my eyes and mind open to the idea that education is not a bad thing, just how we do it can be hard for certain kids.” And while she hadn’t done any formal collage or university programs prior to AU, she noted that she did a lot of coursework and obtaining other certificates over the years.  It’s made her an advocate of learning through experience.

But coming back around to the question, she remembered how when she was four or five years old, she desperately wanted more material to read, and noted that that love of reading was probably her biggest motivator.

Monique pointed out that her favorite part of the online learning experience so far has been the self-directed nature of it, “I don’t like following the crowd, doing what everybody does just because that’s what we’ve always done, and AU allowed me to be who I am in that regard.”

But who is she personally?  She’s a person who hates feet on pillows, and is a huge admirer of Arlene Dickinson. “I actually ran into her one time.  We were coming back from Toronto, visiting family, and our flight was delayed, so we were waiting while my son was being a character, it was only his second plane ride, the first one being the one to come out to Toronto, so we were finally boarding at midnight, and he was so excited about getting on the plane and being up late, pulling his spider-man suitcase and wearing this cute newsboy cap and just looking so amazingly cute, and as we went up the walk we passed Arlene and he pulled a smile out of her, I couldn’t wait but to take a picture of him, making sure to tag her on it, my celebrity sighting!”

“I’ve followed her for a long time, read her books, and really love her story about how she came to be where she is and a lot of the things she stands for.”

While she’s lived across Canada, she notes that she hasn’t really travelled that much.  Her travel dreams include Hawaii and Australia, “those have never been in the cards for me so far, but maybe one day.”

Most recently, Monique has been reading the book Talk to Me: How to Ask Better Questions, Get Better Answers, and Interview Like a Pro by Dean Nelson.  “I’m horribly introverted, but I’m coming down this new path now, putting myself into this position where I have to talk to people and ask questions, so it’s really important I start learning how to engage in solid conversations.  Plus I know I have a lot of things I want to share with people and vice versa. So this seemed like a good book to help.”

Also, I asked about her favorite AU course so far, and after some consideration she chose POLI 350–Women in Canadian Politics.  “It highlighted a lot of deficiencies I sort of knew existed, but you kind of think we’ve grown beyond.  Almost equally I like the course I’m taking right now, WGST 345—Women, Gender and Work in Canada.  It’s about the equality, or inequality, of women in the workplaces.   I’ve always known about some of these issues having had different roles, but I just didn’t know the depths of how much the problem is still engrained.  For an example, the one that sticks in my mind that I can’t get rid of is that even in Edmonton, as late as 2016, women were still only earning like $0.62 for every dollar that a man is earning.  These kinds of things I learn motivate me and make me even more passionate.”

“When I learn something I’m against, it drives me to change it, to do what I can to make things better.  Even though I don’t’ tend to stand up and speak out until I have something I really want to say.” 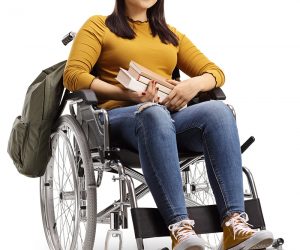