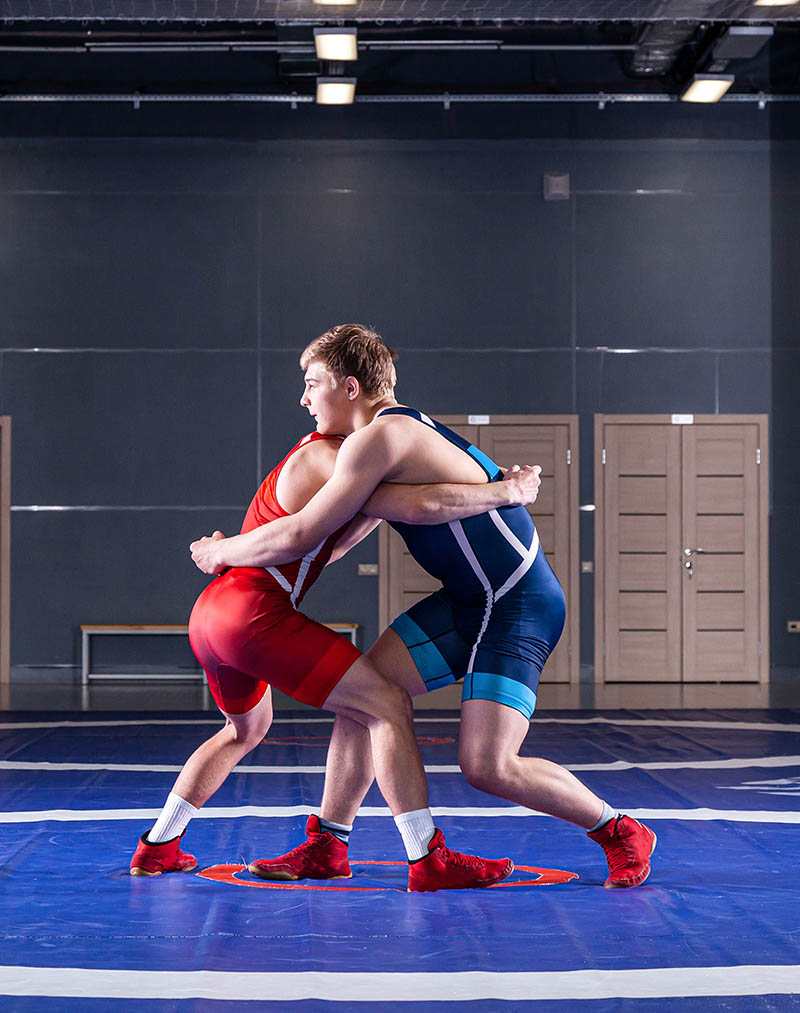 Do you want to write sizzling stories?

I have a confession.  I want to write Christian or inspirational fiction.  Yet, I sleep through movies.  I prefer my friend’s two-minute movie summaries over watching the shows.  Since I became of age, I have read four—yes, four—fiction books.  To put it in perspective, I read four fiction books in thirty years.

But to write fiction, we need to read fiction, right?  Well, if we won’t do that, at least we could try learning plot.  But if you happen to love fiction, learning plot could take you to fiction writing stardom.

And perhaps the easiest plot structure to learn is the three-act structure.

A Three-Act Structure can Open the Floodgates.
“Each story (novel, short story, myth, screenplay) needs a beginning, a middle and an end.  These three sections are ‘acts’:

Imagine a novel divided into six equal parts.  The beginning accounts for just one of them, the middle for three, and the ending for two” (16%).

I’m now going to attempt an outline for a three-act structure.  My aim is to show you an original example of how it’s done.  And at the end of this article, I have a bonus for you: a gold-mine resource for writing plot.

Author Rayne Hall says, “In this section, you need to establish the ‘rules of the world’, what kind of environment and society the main character lives in, and what kind of person he is, his strengths, weaknesses and ambitions ….  An ‘Inciting Incident’ happens that upsets the status quo and propels the character into action” (17%).

A hook sets up the character’s inner conflict: the desire versus the fear, says Abbie Emmons in her YouTube podcast.  She says, “Ask yourself, what does my protagonist think will bring her true happiness …?  And how is her fear stopping her from going after it.”

Imagine you are an obese teenage boy, bullied so badly one day that you almost lost your life.  On your way to the hospital in an ambulance, your face swollen and covered in bruises, you decide to lose fifty pounds and become a star wrestler, maybe like Hulk Hogan.  Can you do it?

You have one friend and a nurturing mom who has severe anxiety.  Your self-worth couldn’t get any lower.  But you’re a strategic thinker.

Snap into a new world.

In other words, according to Rayne Hall, enter “the curtain between Act 1 and Act 2: Between these two acts is a doorway the main character must open and walk through, or, if you prefer, a curtain to lift.  This signifies the main character’s conscious decision to enter a new world or new phase of life.  He knows that once he has lifted this curtain, things will never be the same again” (17%).

Here, you, the bullied teen, try out for the wrestling team.  You are ridiculed, but the merciful, empathic coach lets you stay on the team.

Author Rayne Hall says, in “Act 2 …  the protagonist experiences struggles and growth as she gathers clues and acts on them.  The stakes get raised.  This is roughly the equivalent of the Trail of Trials.  In the middle of Act 2 there’s a Midpoint Reversal.  This is the moment when everything turns upside down, and the main character changes direction” (18%).

You, the bullied teen, get taken under the wing of the empathic coach.  He spends extra time alone with you, after school, helping you perfect your form.  But the bullies turn on both him and you.  They exact violence against the coach, showing up at his home, breaking his window, and popping his tires in thirty below weather.  The school and police system turn a blind eye.  The coach is at his wits end.

The bullies do the same to you, chasing you home and breaking your window.  Most every day, you have bruises.  Your mom has grown so spacey from fear, she shuts down mentally.  She can no longer cook for you, do her banking, clean, or grocery shop.

Change direction by doing the opposite.  Author Rayne Hall says of the protagonist in Act 2, “[He] changes course, adapting [his] goal or [his] strategy, or even using [his] skills to do exactly the opposite of what [he] has done up to now” (18%).

You, the bullied teen, quickly learn to take over your mom’s banking matters.  You learn to shop and cook.  You double up your practice of wrestling, also teaching wrestling to your only friend.  You read books on healthy eating.  You begin fighting back when bullied.

Rayne Hall explains, “Shortly before or after the Midpoint Reversal, or at the same time, is the Black Moment when all seems lost.  The main character is in the worst possible situation, perhaps imprisoned, injured, trapped, and betrayed.  She is close to giving up but rallies her courage” (18%).

The black moment for you, the bullied teen, arrives when your spirit breaks and you quit the wrestling team.  The team has turned its vilest against you.  The harassed coach has resigned and recently begun anew at a different school.  The new macho coach ridicules and torments you.  Your only friend got so badly beaten up, you called it quits with him, secretly to protect him.  Social services takes you away from your loving mom who is crippled with anxiety.  You get placed into a dysfunctional foster home with a creepy, psychologically abusive foster father.

Readers will beg for the final world.

Enter, according to Rayne Hall, “the curtain between Act 2 and Act 3: Once again, the main character decides to open a door and enter a new phase.  This is often a heart-wrenching or dangerous decision” (19%).

You start a new neighboring school.

You beg the school coach to let you on the wrestling team, only to discover that the captain of the team is a cousin of the main bully at your prior school.  The bullying begins anew.  The foster home bullying escalates, too.  Your life is worse, and you have no-one to turn to for help.

A big wrestling meet is coming up between your new school and the old one.

You locate your empathic coach, and show up at his school.  You beg him to coach you one-on-one after school and weekends.  You don’t want to put him at risk again, but he’s your only hope.  The coach refuses, but when he sees your bruises, he gently touches them as he always did.  You tell him about your mom and your foster dad, and the merciful coach breaks.  He’ll train you for the meet.

Rayne Hall describes “Act 3: The ending:  The story reaches the Climax.  This scene pitches the main character against the main antagonist, perhaps in a duel to the death between hero and villain or a confrontation between investigator and serial killer.  The book’s tension is at its highest.  Next comes the Resolution when the main character’s problems are solved and the goal is achieved (or lost, depending on the kind of story you’re writing) and problems are solved” (19%).

You, the bullied teen, train with your school, sucking up the abuse.  You also train with the empathic coach at the school where he teaches.  On top of that, you join a nearby gym and lift weights to avoid home life.  You also spend hours at the local library.  Plus, cycling to and from the empathic coach’s school helps you drop the weight.  You start to see a good-looking guy peer back at you in the mirror.

As the wrestling meet arrives, the abuse intensifies.  The bullies show up at your gym or library to torment you.  You keep pushing yourself, training and working harder, despite the fear.

The big wrestling meet arrives.  You are paired off with the bullies, one by one, from your old school.  You beat them all until you’re paired off with the main bully.  When it’s one against one, it’s a different story than five against one.  You cream the main bully.  Your only friend shakes your hand at the end of the meet as so does the captain of your new team.  You’ve won the respect of your new team.  The empathic, merciful coach pats you on the back, and gives you the name and number of a pro coach who can help you compete at a professional level.

Rayne Hall says, “There may be a Denouement showing what happens after the main story is over.  Sometimes this is in the form of an epilogue, a scene taking place some years later.  For example, a Romance novel may give a glimpse of the couple’s happy married life with their children, to reassure the reader that the two are indeed living happily ever after” (19%).

You, the now tough, fit, and respected teen, meet your mom in her group home.  She says she’s proud of you, and you’ve inspired her to beat the odds.  She is working hard on recovering from anxiety—reading medical books and seeing therapists.  She hopes to have you back within a year.  She says you and she can live wherever you like.

She pours out a bag of cash.  “I save every penny for you.  I spend nothing on myself.  Use it to make yourself strong.”

You ask your mom to use her phone.  In the group home, there’s one central line.  You phone the professional coach, and set up your first lesson.

To make this three-act structure work, I used a free two-week trial of a story writing software called https://onestopforwriters.com/features_tools.  I didn’t use the software to its full capacity.  If I had, I’m sure this would’ve been a much better plot.  Go ahead and try out the free trial of the software.  It’s geared to help you write a story based on the characters’ desires and their transformations.  After all, character is the crux of most any story.