Uncategorized
The Voice
Scholar, Start Your Business—How Do I Start A Business When I Have No Money? 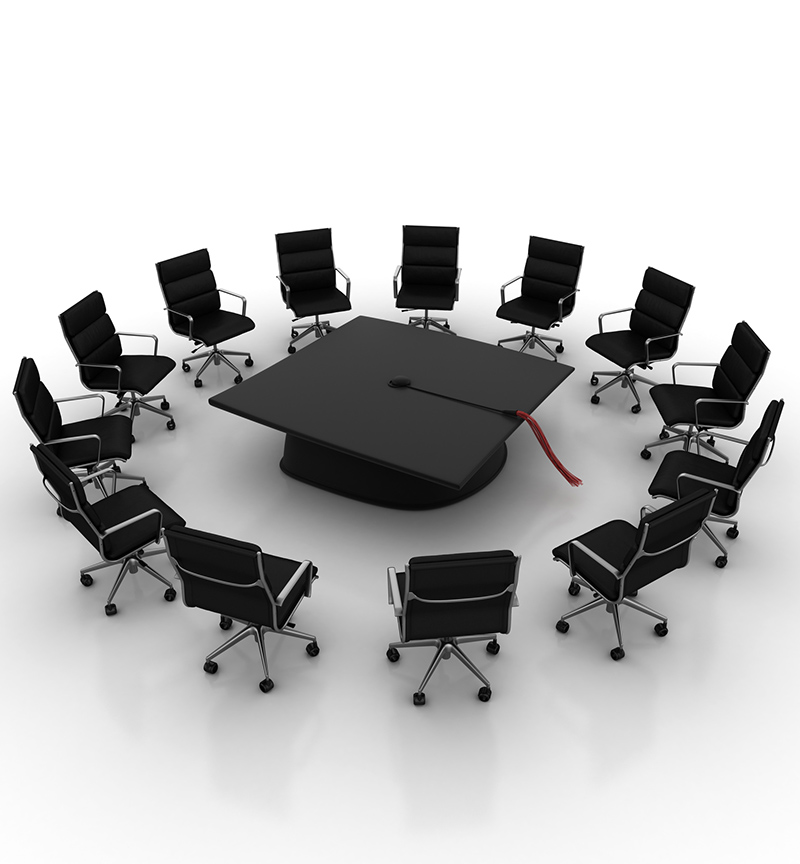 If you read last Friday’s article, you discovered how easy it is to start a business.  What’s more, I showed you how you could start one this very second.  Keep in mind, the business was a proprietorship and not a corporation or partnership.  Now, let’s dive into ways you can fund that business when you’re strapped.

Bootstrap: Fund It All Yourself by Going Lean.

Steve Mariotti, author of various entrepreneurial books, says, “Have you ever heard the phrase ‘pulling yourself up by your bootstraps’? It means to do something completely on your own, without any outside help.  Many successful entrepreneurs began their businesses by bootstrapping, using strategies such as: 1.  Hiring as few employees as possible; using temporary service agencies for staffing needs to avoid expenses such as health insurance and payroll tax.  2.  Leasing rather than buying equipment.  3.  Getting suppliers to extend credit terms so the business can take longer to pay its bills.  4.  Working from home, or borrowing office space, to save on fixed costs such as rent and utilities.  5.  Putting profits back into the business to keep it going” (15%).

The multibillion-dollar Papa John’s pizzeria began in a broom closet.  Yes, its founder John Schnatter began with little.  But he got resourceful.  He found ways to do things on a low budget, do-it-yourself things like installing signage himself.  To purchase his pizza equipment, he sold his car.  He proves that, with few resources, there is still a way.  You have the power to overcome any setback.

Start as Fast as Today: Go for a Lean Start-Up.

According to Steve Mariotti, the “lean start-up concept [was] developed by Eric Ries in 2008.  A lean start-up is a business started with minimal capital and planning, and the flexibility to evolve in response to feedback from customers.  Ries argued that entrepreneurs should launch their business first, and plan second.  In other words, leap in and adjust as you go!” (18%).

For instance, you might want to offer ghostwriting services, but all you own is a cellphone and some second-hand clothing.  If so, run your business on your cellphone.  My computer has been failing, so I write all my articles on my cellphone.  I also do all my studies on my cellphone.  When you’ve got little, maximize what little you’ve got.

My favorite lean start-up story must be this: “Zappos, the world’s largest online shoe store, did just that.  When starting the store, founder Nick Swinmurn simply took pictures of shoes from stores and posted them online.  Rather than investing in warehouses and thousands of pairs of shoes, Swinmurn plunged right in—essentially conducting his market research while already in business.  He could quickly see which types of shoes customers wanted, what sizes were most popular, and so forth, without pouring a lot of money into the business” (18%).

Mariotti adds, “Swinmurn created what Ries calls a ‘façade’—anything that gets your business up and running in front of customers, like a website, for example.  He started Zappos with what Ries labels minimum viable product (MVP), the smallest amount of product needed to begin selling to potential customers” (19%).

You could even bypass a Website at first by posting a company profile for free on LinkedIn.  And setting up social media business pages is free.  I even saw an online course that teaches how to run a business with nothing but email.  You might even do free marketing of your company if you use some great keywords, a process called search engine optimization (SEO).

A company owner I know revolutionized an industry.  He did so by offering his service 24 hours 7 days a week—and without customers needing to book his services in advance.  This was unheard of at the time.  His strategy catapulted his small business into an industry leader.  It was a low-cost strategy, too.  The downside was that it knocked back his free time.  A trade-off.  If you can find a way to cut back costs by offering more of your time, energy, or great ideas, go for it.  That’ll start you lean.

Use Your Personal Savings Wisely, If You Have Some.

Steve Mariotti says, “Using Personal Savings If you have enough money in your savings account for your start-up investment, you can be the sole owner of your business.  All the profits will belong to you ….  You also have to consider the opportunity cost of using your savings.  Is there something else you could have done with the money that would have benefited you more in the long run, such as paying for college?” (15%).

I saw a Facebook post of a lady getting interviewed for a job.  When asked why she wanted the job, she said, “I like to be able to afford groceries.”  If she were to start a business, and fund it with her savings, she’d risk eating less in the short term with hopes of a long term gain.

If you use your personal savings, forecast your business outlook and plan smartly.

Borrow Money from Mom and Dad or your friends.

Steve Mariotti advises, “The start-up capital for many businesses has come as a loan from the entrepreneur’s relatives or friends.  But what happens if your business does not generate sufficient sales to make a profit, or if it fails entirely? How would you feel if you had to tell your friends or relatives that you were unable to repay them?” (17%).

One guy I know got a loan from his folks to start a business.  His business went belly up.  So, he asked for another loan.  His folks gave him the second chance.  His business went belly up again.  He asked for a third loan, and his reluctant parents agreed.  That’s when his business really took off.  I believe you’ll make your business fly on the first go.  But, if you don’t, just think of this guy’s “belly up to success” story.

As for another inspiration, Jeff Bezos’s Amazon went from an office in his garage to a trillion dollar public company.  Mind you, his parents invested around $300,000 into his business.  Now, that’s a helping hand.

Crowdfund to Finance Your Startup.

Steve Mariotti suggests, “Increasingly, young entrepreneurs are turning to crowdfunding—raising money from fans of their products or services—to finance their businesses.  Although a crowdfunding website like Kickstarter (www.kickstarter.com) bans start-up businesses and allows money to be raised only for creative projects, others, like Indiegogo (www.indiegogo.com), are great for raising money to start a business.  You have to build a following through social media first for crowdfunding to work, though” (18%).

Crowdfunding might work very well for you extroverts.  You know who you are: the person with a thousand Facebook followers and at least three comments per post.  Some introverts might have only three Facebook friends, yet feel just as connected.  But when it comes to crowdfunding, the more friends, the more funding.

Get a bank loan if you have decent bank debt ratio.

According to Steve Mariotti, “A good bank debt ratio is typically 40 percent or less.  Banks have found that customers with debt ratios over 40 percent are often unable to repay their loans ….

But to have a worthy debt ratio, you need to have some assets, right?

“The bank will also ask Artie for collateral against a loan.  Collateral is property or assets that you pledge to a bank to secure a loan ….  The biggest disadvantage of a bank loan for Artie is what happens if he fails to repay it.  The bank will probably bring a lawsuit against him” (16%).

No-one but lawyers and con artists like a lawsuit.

I know a business owner who financed all his company assets with debt.  Once the recession hit in the early 80s, he found himself in a terrible bind.  Fortunately, his business survived.  From that time on, he began to pay off his debts immediately.  He aimed to have zero debts by purchasing all of his assets with cash.  His business flourished, and he’s bought state-of-the-art assets with cash ever since.  Now that we’re in another recession, his business will likely pull through.  And if he needs a loan, he’s got an excellent bank debt ratio.  But chances are that he’s not interested in the loan anyway.

Stay Away from Financing Your Business with Credit Cards

According to Steve Mariotti, “Certainly, some businesses have been financed on credit cards, but this strategy has some very significant disadvantages.  The major disadvantage is the interest rate charged by the credit card companies, which is often 20 percent or more.  Unless your business is able to make enough profit to pay the total amount you owe each month, the interest payments will add up very quickly” (16%).

Say, you want to finance a high-powered computer with a loan that has a 30% interest charge.  Well, you first need to consider the opportunity costs.  Perhaps you figure you could make at minimum an extra $500 a month with a new computer.  But that extra cash comes with heavy time expenditures and the need for specialized software.  The question to ask is “Will I be further ahead?”

But author Steve Mariotti says to avoid financing a business with credit cards:

“Keeping high balances on your credit cards can also damage your credit rating.  With a low credit rating, you may not be able to purchase merchandise from your suppliers on account.  Other than in unusual circumstances, where you will very quickly earn back the money you borrow, using credit cards for your start-up investment is not a good idea” (16%).

The ability to purchase merchandise on an account seems vital to me.  I saw one company get audited by the CRA.  The company owner could no longer pay its debts.  One of their suppliers, a printing company, tried endlessly to recover their $500 service they provided on account.  But it was to no avail.  Suppliers need to protect their bottom line, and your good credit rating will ensure they welcome you.

Someday, Consider Converting Your Proprietorship to a Corporation.

Once you get rolling, you can convert your proprietorship to a corporation.  Successful corporations have access to other potential investors: angel investors and venture capitalists.  Steve Mariotti says, “Venture capitalists seek high rates of return.  They typically expect to earn six times their money back over a five-year period, or a 45 percent return on investment” (17%).

And, as a corporation, you will have the ability to sell shares—perhaps even go public with your company.  You might even end up with a trillion dollar company—like Jeff Bezos.  Anything done once can be done again.

After all, how many people have run a mile faster than four minutes—a feat once deemed impossible?

References
Mariotti, Steve.  (2019).  The Young Entrepreneur’s Guide to Starting and Running a Business: Turn Your Ideas into Money.  New York, NY: Currency Books.
Disclaimer: Although I write with the best of intentions, I’m neither a lawyer nor an accountant.  So, you’ll want to double check whether my data applies to your scenario.

The Fit Student—Starting your Business

The Fit Student—Fundraise if you Love Roller-coasters

The Entrepreneur’s Path – Starting a Restaurant