Uncategorized
The Voice
Separation of Art from the Artist 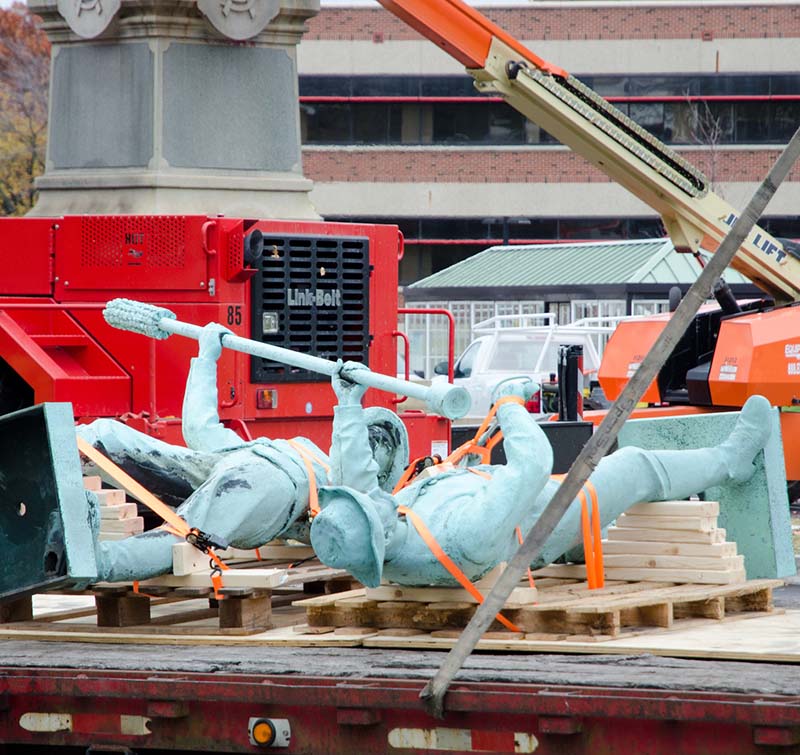 Recent attempts to redress historical societal injustices through grassroots social movements and convictions of high profile individuals reveal a move toward the creation of a more inclusive society; one in which the lives of those historically silenced are now being increasingly heard.  The attempts to rewrite often inaccurate and offensive narratives that surround many communities have led to heated discussions about the separation of works of art from the life and behaviour of individual artists.

One recent example of these social movements is #MeToo.  Created by Tarana Burke through her work with women of colour, 2017’s prolific #MeToo movement came into worldwide prominence after the hashtag went viral on Twitter in response to the initial Harvey Weinstein allegations.  It evolved into a worldwide movement in which women began to hold men, especially those in positions of power, accountable for sexual assault.

In addition, movements, such as Alicia Garza, Patrisse Cullors, and Opal Tometi’s #BlackLivesMatter began as a way to address the US’s police brutality of Black Americans after the death of Trayvon Martin.  The movement gained traction with each subsequent killing: Michael Brown, Philando Castile, Tamir, Rice, Botham Jean, Eric Garner, and many others.  Most recently, the movement has come into prominence once more with the killing of George Floyd, along with Breonna Taylor and Tony McDade.

In a similar vein, Canada’s Missing and Murdered Indigenous Women and Girls (MMIWG) Report began as an inquiry into Canada’s historical and present human rights violations and abuses.  The report deemed the events as a genocide, revealing continued violence affecting Indigenous women, girls, and LGBTQ+, and 2-Spirit people.  Inspired by the Black Lives Matter protests, increasingly, Canadians have begun speaking out against police brutality against BIPOC populations in our own country, including the recent fatal police shooting of Chantel Moore of Tla-o-qui-aht First Nation, as well as the current investigation regarding police involvement in the falling death of Toronto’s Regis Korchiski-Paquet.

This increasing visibility and demands for rights among the connected BIPOC, queer, and disabled communities have led to reflection on the art that society consumes and holds in high esteem.  In many instances, many of these very communities have been dehumanized in these works or brutalized by the artists themselves.

Recently, increasing conversations about the ethics of separating art from the artist have occurred.  Should art have value in its own right?  Should we interpret art solely in academic terms, despite the artist’s past?  Are we implicitly condoning reprehensible behaviour by supporting and purchasing the work?

Despite increased attempts to Indigenize education Canada-wide, curricula in post-secondary institutions, including AU, continue to include the work of Canadian poets such as Duncan Campbell Scott, who detailed the experiences of Indigenous women in poems such as “The Forsaken” and “The Onondaga Madonna.”  Scott was an administrator of the residential school system, with a stated goal “to get rid of the Indian problem.”  Other examples include the recent incident at the University of Regina, where George Elliot Clarke was to read the poetry of the convicted killer of Pamela George.

The literary world is filled with other examples of beloved authors with sordid backgrounds, including Beat generation writer William S. Burroughs, who shot and killed fellow writer and wife Joan Vollmer, mixed views about Ernest Hemingway’s sexism, and Rudyard Kipling’s blatant racism.  Similarly, in the art world, increased attention has been given to the well-known misogyny of Pablo Picasso, who considered “women … machines for suffering”, as he began a  relationship with seventeen-year old Marie-Thérèse Walter, or how Minimalist Carl Andre was tried, but ultimately acquitted, in the death of fellow artist and wife Ana Mendieta.  In the music industry, recent examples include the cases of Dr. Luke, R. Kelley, and Chris Brown, while the film industry is also not immune, with the problematic backgrounds of Woody Allen and Roman Polanski.

Addressing this separation of art from the artist in the Netflix special Nanette, comic Hannah Gadsby states, “Donald Trump, Pablo Picasso, Harvey Weinstein, Bill Cosby, Woody Allen, Roman Polanski.  These men are not exceptions.  They are the rule.  And they’re not individuals; they are our stories.  And the moral of our story is: We don’t give a shit, we don’t give a fuck, about women or children.  We only care about a man’s reputation …  These men control our stories” (Gadsby).

This discussion regarding separation of art from artist has also recently been applied to historical figures and their monuments.  Examples include the 2018 removal of John. A Macdonald’s statue from Victoria City Hall in the spirit of reconciliation.  As Canada’s first prime minister, Macdonald played a role in establishing the residential school system and overseeing the 1867 Indian Act, which allowed the government to control all aspects of Indigenous lives.

Canada-wide, many statues of those instrumental in the oppression of Indigenous populations have been taken down, often replaced with plaques explaining the removal, as well as the renaming of buildings.  Examples include the statue of Halifax founder Edward Cornwallis as a result of his atrocities against the Mi’kmaq population, as well as Ottawa’s Langevin Block and Calgary’s Langevin Bridge, named after Hector-Louis Langevin, proponent of the residential school system.  In Ontario, there has been a push to rename Toronto’s Ryerson University and remove a statue of Egerton Ryerson, also believed to have been instrumental in shaping the residential school system.

In the United States, Confederate statues and plaques glorifying the Civil War and serving as a reminder of slavery are also being taken down.  One proposed removal, namely that of the Confederate General Robert E. Lee statue in Charlottesville, Virginia, evolved into clashes.  While defenders decry erasure of their history, critics, such as historian Eric Froner believe that “These statues actually don’t have a lot to do with the Civil War … They were put up mostly to be part of the legitimacy of white supremacy, of the Jim Crow system in the South, long after slavery.”  Most recently, during the Black Lives Matter protests, increasing numbers of Confederate-era statues have been toppled as well, with others being removed by the cities themselves.

In Europe change has also begun.  In Brussels, Antwerp, and Ghent, Belgium, statues commemorating King Leopold II have come down.  To many, Leopold represents Belgium’s colonial past, best known for his brutality and atrocities in the Congo Free State, the present-day Democratic Republic of the Congo.  Ten million Congolese are estimated to have died, although no official numbers exist.   In Ghent, however, the mayor has stated that the statue will be restored and possibly placed back.

A similar movement was also seen after the fall of the USSR, as many countries tore down reminders of the past, including statues of Joseph Stalin and Vladimir Lenin.  Many of these remnants have been destroyed, but some pieces of the past continue to exist in museums, in places such as Gori, Georgia’s memorial Joseph Stalin Museum.  More recently, countries such as the Ukraine have introduced “decommunization laws,” which outlawed communist symbols, and resulted in the removal of monuments and the renaming of villages and streets.

Some critics voice concern regarding the erasure of history, suggesting rewriting memorials to include information about those affected.  Some historians, such as Jack Granatstein, believe that these sites should remain, with contextual information to help the public understand and learn from the past.  Others, like Donna Gabaccia, a history professor at the University of Toronto, stated in a CBC interview, “I see museums as important mediators of cultural controversies, where many voices can be and must be heard if the controversies are to be resolved.”   The placement of statues in museums would give people a chance to understand them in proper context.  Finally, historians such as Forner are in favour of erecting statues to truly represent the true representative picture of society, including Black Americans in the South, which can be applied to the Indigenous of both countries as well.

Art institutions are taking a similar approach, continuing to exhibit various works; in the case of Britain’s Ditchling Museum, for example, displaying the work of a known abuser, while also providing advice from sexual abuse survivor charities.  Proponents believe that simply because society can separate artist from art, does not mean they should.  Instead, it is ultimately up to institutions and curators, critics and the public to make art more inclusive.

These various viewpoints inevitably lead to the topic of cancel culture, the act of boycotting those whose words or actions are offensive.  While many of the artists in question are deceased, many remain in the public eye.  Some believe “cancelling” is the only way to publicly hold individuals accountable for their actions, but others believe that it prevents dialogue from occurring and prevents offenders from learning from their mistakes.  Suggested alternatives include calling in, which according to sex educator and speaker Karen B.K. Chan includes accountability and fostering change while remaining connected to the individual and building community.

No matter one’s stance, it would be impossible to ignore present day calls to create new narratives, ones in which those historically othered, underrepresented, and dehumanized tell their own stories.  Now, more than ever, it is imperative to recognize conflicted histories, increase visibility, and learn from the perspective of those often silenced.

A final note from Hannah Gadsby reminds us of the power of stories, “I want my story heard because, ironically, I believe that Picasso was right.  I believe we could paint a better world, if we learned how to see it from all perspectives, as many perspectives as we possibly could.  Because diversity is strength.  Difference is a teacher.  Fear difference, and you learn nothing.  Picasso’s mistake was his arrogance.  He assumed that he could represent all of the perspectives.  And our mistake was to invalidate the perspective of the seventeen year-old girl because we believed her potential was never going to equal his” (Gadsby). 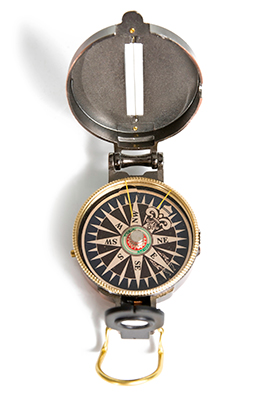