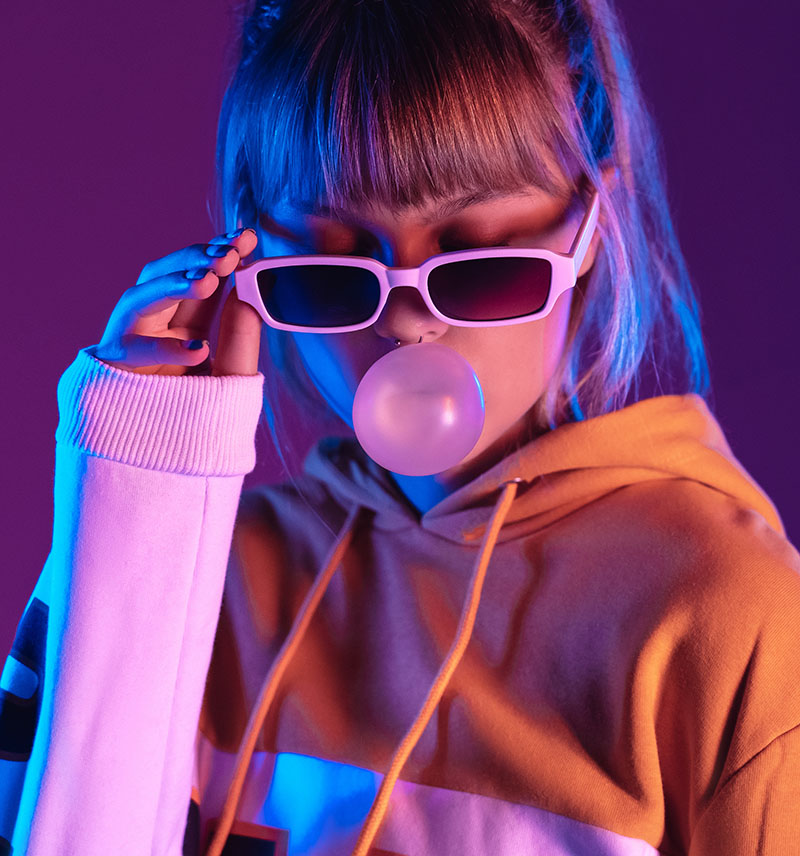 Do you want your character to sound like a genius, a doting mother, or a valley girl?  You can sound like anyone you want with some tweaks in your dialogue.  Typically, your personality dictates what words you choose, unless you change your traits.

But ultimately, you want all your story dialogue to sound tight.

I thought geniuses talked like rambling professors.  But no!  They say lots in few words instead—at least in fiction.  Author Rayne Hall says, “a character who uses few words comes across as intelligent and confident” (2013-2014, 36%).

One professor boasted that his wife spoke few words.  She mostly listened.  But when she spoke, her words were gold.  He was love-struck.

But few of us speak so tersely, do we?  Instead, “people often talk faster than they think, so they use filler words like ‘really’ and ‘quite’.  They say the same thing several times until it sinks in, and they let sentences ramble on and on,” says Rayne Hall (2013-2014, 36%).

As a scriptwriter, you’ve only got two hours for a movie.  As an author, you’ve only got two hundred pages.  So, you want to pack in as much action as possible.  To do so, tighten your dialogue.  Rayne Hall says, “Fictional dialogue needs to be tighter than real dialogue.  Snappy dialogue is exciting.  Let your characters use far fewer words than they would in real life” (2013-2014, 36%).

How do you make snappy dialogue?  In a scriptwriting class, many students, such as myself, wrote long winded dialogue—at first.  But it all could’ve been easily trimmed.

Here is an example of a dialogue, first stated in long-winded form, followed by its trimmed version:

Original version: “I think it’s time you packed your bags, hauled them into my station wagon, and set out to chase your dream of Hollywood stardom.”

Does the trimmed version make the character sound smarter?

Here is another example:

Original versions: “Which bird do you want to bring home as your lifetime friend? Your pick.  How about this one: the sweet little budgie! Isn’t he adorable?”

Trimmed version: “Let’s get the budgie.”

Despite that, I think the trimmed version might have some value in its long-winded form.  It reveals an affectionate personality type: a doting mother, perhaps.  But that personality can be captured in trimmed form, too:

That brevity will make our characters sound like geniuses.

Slim down the adjectives.

Here are two examples of unnecessary adjectives.  Listen to how smoother the sentences sound with the adjective removed.

With adjective: “His short chin hairs reflected the light.”

With adjective removed and noun replaced: “His stubble reflected the light.”

With adjective: “Her longing stare pierced him.”

With adjective removed and noun replaced: “Her gaze pierced him.”

So, how many adjectives should you use?

Rayne Hall advises, “Limit yourself to one adjective per page.  A lush writing style may have several adjectives per paragraph.  However, I recommend not to use more than three in any sentence.  In fast-paced action scenes, use almost none” (2013-2014, 50%).

What are watery words?  My mentor calls them “junk words”: words that serve no purpose outside of bloating what’s said.  Rayne Hall describes watery words: “Some words don’t carry their weight.  They don’t add content, they don’t nuance meaning, they don’t provide flavour.  They’re like water added to wine: they thin the wine and make it taste watery” (2013-2014, 55%).

Any former valley girl had a rich vocabulary of watery words.  (Are you too young to know what a valley girl is?  They dressed in bright flowery clothes and often said “like” and “totally” and “like wow” and “oh my God—in other words, watery words.”)

Here is a sample of watery words:

Here is an example of a watery sentence followed by the drained version.  I tack on a polished version at the end.

Watery version: “I literally went to heaven after eating that totally delicious cinnamon bun on my absolutely perfect birthday.”

Drained version: “I went to heaven after eating that cinnamon bun on my birthday.”

Best version: “I enjoyed the cinnamon bun on my birthday.”

Of course, if your character is a valley girl, you’ll want to sprinkle in watery words.  Otherwise, avoid them.

So, now you’ve seen how tighter dialogue makes you sound smarter.  You’ve also seen how adjectives can add personality if used sparingly.  And—like wow—you’ve found the only purpose of watery words: to sound like a valley girl.

In short, geniuses tighten their tongues.

The Creative Spark—Shakespeare’s Guide to Dialogue