Columns
The Voice
Beats from the Basement—James Ehnes 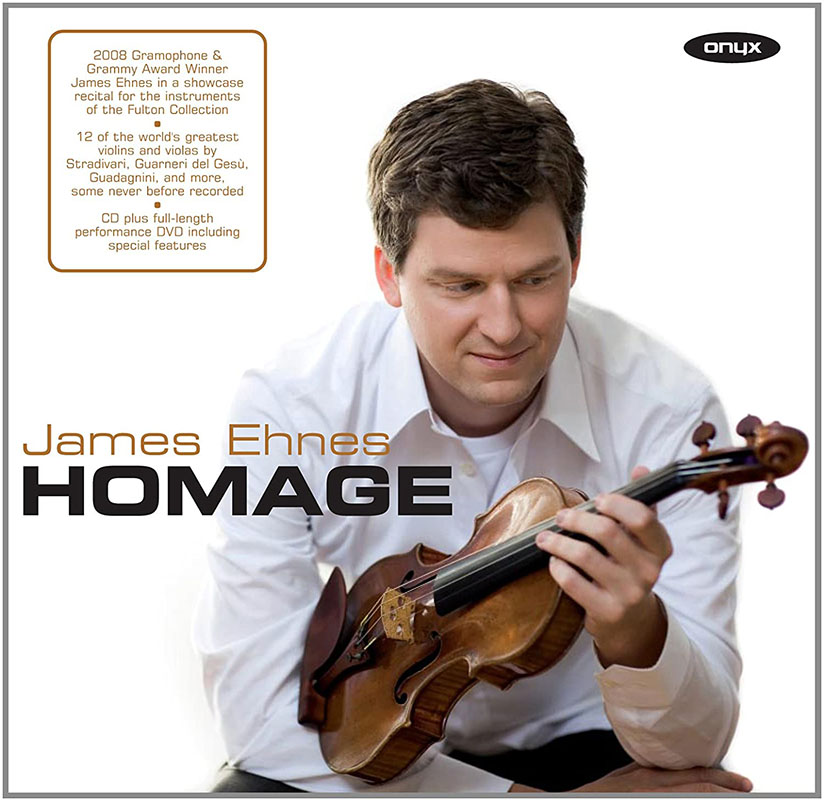 The last time I received a physical album was on my sixteenth birthday.  Aware that I was still studying violin performance, one of my family friends gave me Brandon-born violinist James Ehnes’ Homage to enjoy and gain inspiration from.

Unlike most artists who release albums to commercialize their music, Homage is special because it serves a different purpose.  With Eduard Laurel as his piano accompaniment, Ehnes has recorded an intricate selection of classical pieces to showcase the individual features of twelve famous violins and violas that have prevailed for centuries.

Homage’s largely diverse repertoire demonstrates the dynamic tones these instruments can produce with clarity and projection.  Of course, they can’t play themselves; our performer deserves much applause for bringing them to life with his skill.  Despite how difficult they were to try to master, all the eye-opening techniques I used to love practicing for hours on end can be caught here, including pizzicato, multiple stops, vibrato, trills, grace notes, and staccato.

There is a lot of depth in how Ehnes approaches each musical style.  It’s one thing to perform contemporary songs where the chord progressions tend to be straightforward, but to navigate wide variations in areas typical of classical compositions such as range, intonation, harmony, and rhythm with absolute precision requires a lifelong dedication to the craft that I never had.  So, I appreciate fluid transitions between themes when I hear them.  Homage interweaves an array of emotions even within a single work.  While listening, there are moments that might make you feel like a woodland creature scurrying through a forest or a noble at a courtly dance.

Throughout the entire recital programme, Ehnes is one of the rare soloists who never attempts to overemphasize their talent at the expense of audience reflection.  His interpretation of the music is remarkably subdued, as if he wants us to pay close attention to the way the instruments themselves communicate with us and how each one makes us feel inside.  One of the best examples can be heard in Maurice Ravel’s “Pièce en forme de Habanera,” a relaxing melancholy on the violin.

I also adore Ehnes’s rendition of “Greensleeves” on the viola.  The first half sounds like a score you’d hear in a romantic silent film, while Laurel picks up the second half alongside Ehnes to create an exciting and unpredictable experience.  Speaking of Eduard Laurel, his piano playing is exquisite to the point where I mistake it for harp plucking.

Only one recording falls flat for me and that is Pyotr Ilyich Tchaikovsky’s “Melody”.  However, it’s not because of Ehnes, who does bring energy to it; rather, I simply prefer Tchaikovsky’s whimsical pieces over his generic ones.  I would’ve replaced it with a genre not already present on the album, like polka.  Rest assured though, anyone who isn’t fussy like I am will be otherwise pleased by it.

The best thing about classical music is that it’s universal.  Even if you can understand its cultural impact but just don’t have the patience for it, I do nevertheless recommend giving Homage a chance as you’re bustling around at home, because Ehnes’ take on these works is completely ambient and doesn’t overstay its welcome.