Columns
The Voice
Fly on the Wall—Canada In a Day 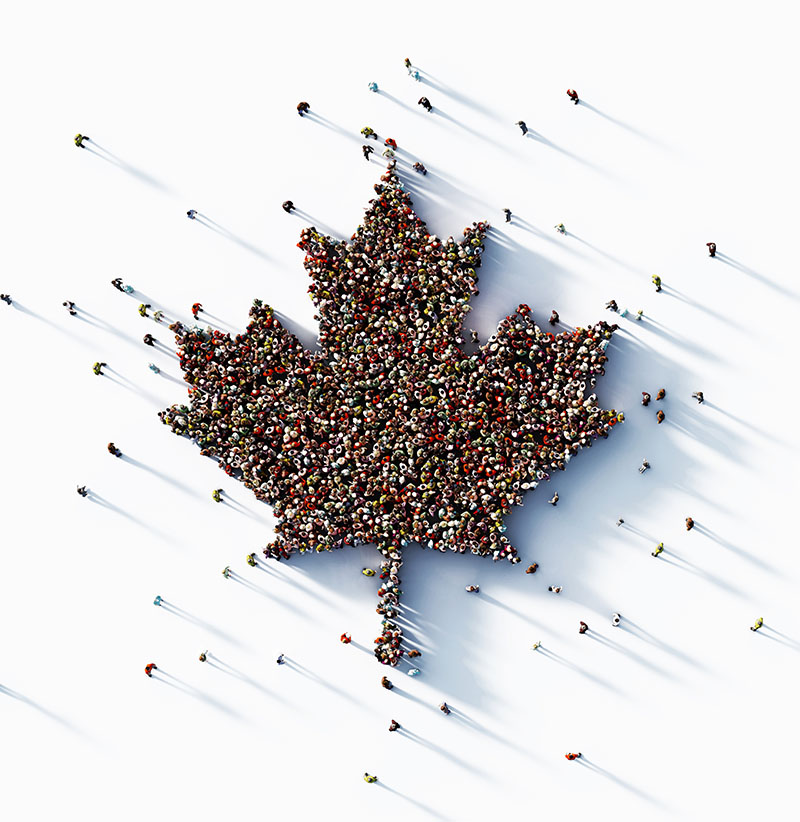 Our Canada can be seen as a metaphor for the many possibilities bound within a single human organism.  To be the True North, strong and free, rather than limited and insular, means to accept not only differences of culture but also differences of belief.  It takes all types, all colours, all cultures, and all epistemologies for the unique and revolutionary openness of a democratic culture to make sense, after all.

We, each of us, appear not only as we are, but also as our context illustrates our dominion.  Unlike feudal serfs, our inner mobility of spirit is matched by our external dynamism of performance; we can be anything as a people and anything as a nation.  We’re not masses congregated, huddled perhaps, under a single flag so much as we are embodiments of a paragon of possibility.  These include our many inner archipelagos of self, a fact illustrated by our compiled AU identities that fit schooling into multiple life realms.

A view through history shows that our land—crown, private, and reservation—was not always viewed as a paragon of peace and virtue.  Following the 1759 defeat of France by England on the Plains of Abraham outside Quebec City, the philosophe F.M Voltaire sardonically termed us a mere “few acres of snow”  (“quelques arpents de neige”).  The colonial Canada that evolved onward from that day of reckoning between British Redcoats and French troops in Blue and White was one of two colonizing cultures, the dominant Anglo and the restive Franco, who uneasily inhabited and expanded through an incomprehensibly vast Northland.  They likewise took differing views toward Indigenous Peoples; the French were more tolerant and apt to intermarry, as the mythos of my Metis great-grandparents on my paternal side attests.

Liberty and Egalit-eh or More of the Same?

Fresh-faced 18th Century Enlightenment values about truth and freedom, absorbed by cultural osmosis, if not by literally reading texts of the time, met their historic match in our Canadian West as colonialism expanded and encountered in the frontier a gnawing republican sentiment.  Remember, the thinkers of the Sun King’s France in the 1700s were key influences on the American Revolutionaries; this newfound enlightenment of individualism and progress didn’t jive well with Anglo-Monarchical platitudes.

Witness Regina, the Queen City, and her stately legislature buildings.  What could be more English?  Each virtual footstep around the grounds is framed in a splendour projected by a distinct Anglo authority.  One gathers a sense of the famous poem “Footprints” and the sensation of being carried onward by invisible hands or perhaps in the terrifying maw of a predator’s grip.  Certainly, the invisible yoke of empire drove onward like a prairie wind through the west as European settlement expanded.  Finally, in 1885 when the railway officially linked East and West and the final spike was hammered into shimmering place at Craigellachie, BC (a highly underutilized wedding location in the eyes of this Fly on the Wall!), the industrial nation of Canada was born per se.  The per se is crucial because, to this day, the national myth of our country, no matter how updated and how inclusive, is a story unfolding in metaphoric and even euphoric simplifications so that we can wave flags with our arm-machines rather than over-think history inside our brain-cauldrons.

Daydreams and Discourse; What Are Our Teeming Selves Made of?

Discourse is the stuff of identity and what applies to one way of speaking about reality extends to many other regions of humanity.  The ecologist Daniel B. Botkin notes that as scientific inquiry unfolds new metaphors emerge out of the material reality of emerging technology.  Take bacteria.  Humble, common, ordinary, akin to the imagined target voter for which every political TV commercial is produced.  In Canadian civil society, an individuating pioneer mode, characterized by homesteading tough-as-nails settlers, gave way to a computational metric in our day whereby hordes of bacteria (think here of colonizing immigrants) now retroactively appear to illustrate not a series of discrete entities, each with a front porch and a shotgun and an Old Yeller, but a “form of planetary entity of communicating and cooperating microbes, an entity that, we think, is both genetically and functionally a true superorganism” (Panisset and Sonea, In Botkin. p113).  Today’s world sees history in terms of moving masses of people, not just as families of hardened settlers.

Out of a perceived matrix connoting identity and belonging, a 21st Century nation is imagined as a translucent stew of beings.  Texting, Zooming, Being Wired, all of these are part of the current metaphor of civilization and its relentless expanding impulse.  Hereby, as history unfolds, metaphors match the meaning that those in power perceive and express back our way.  Whether we share in the making of cultural meaning, or to what extent, are virtually timeless academic themes.   This is another reason why AU life is so unique; we share only an invisible link with the rest of our scholastic cohort.

What is Green, What is a Maple Leaf?

The dominant metaphor of Canadiana that will emerge next is anyone’s guess but the continued degradation of our once-incomprehensibly vast landscape may provide a hint or three.  From Mother Earth’s point of view, this Canada Day contains the greenest atmosphere since the end of the tragedy that was WWII.  It’s as though the whole planet breathes a little slower and calmer this year; will we?  This July 1st offers a unique shot at a renewal of ourselves as Canadians, and, perhaps, a revaluation of how and why we are who we are within our patch of planet Earth.  Openness to new metaphors of meaning isn’t optional; these new ways of seeing appear even before we notice them consciously.  And yet, the metaphors we choose, like the path less travelled that we later claim to have been traversing all along, can make all the difference.