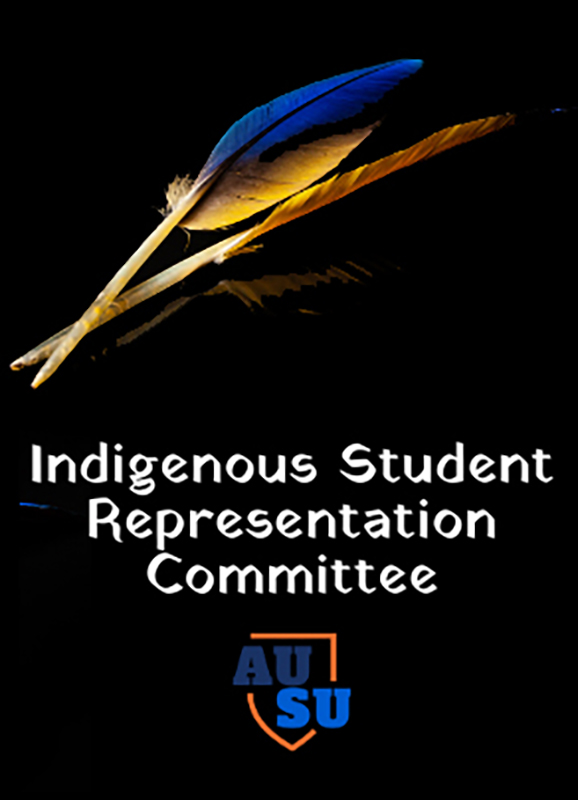 With the recent global events and grassroots movements striving for equity, representation, and acknowledgement and redress of historical and current injustices, The Voice Magazine has reached out to AUSU about their new initiatives to increase inclusivity here at AU.  Our first in a series of interviews focuses on the newly established Indigenous Representation Committee, and we spoke to  AUSU President Natasha Donahue about it.

Natasha began by recounting the past ten years spent actively advocating for the issues surrounding Indigenous individuals and communities.  She stated, “I’m a Metis person, and my lived experiences as well as the trauma I’ve witnessed other Indigenous people face puts this at the forefront for me.  I think it’s important for individuals and groups to decolonize and work toward conciliation to create equity for Indigenous Peoples in Canada.”

Breaking Down Barriers to Education

Natasha believes that one of the ways to move toward conciliation and equity is to break down barriers to education, to which Indigenous students have less access than the average Canadian population.  She stated, “This is something that requires systemic change, and colonial structures like that which AUSU was founded on cannot achieve this goal without actively Indigenizing our systems of governance.”

In her opinion, the best option is to create a “committee that includes both Indigenous and non-Indigenous voices to work toward a sustainable framework for applying an Indigenous lens to all aspects of AUSU as an organization.”  She prepared for this Committee by researching other student union approaches, as well as interviewing and collaborating with Indigenous learners Canada-wide.  The Committee came into being at the recent AU Council Meeting and will continue until early 2021.  If more time is needed, it can be extended with Council approval.

Natasha hopes “that all the folks bringing their voices to the table will be able to educate themselves more on Indigenous issues as well as reflect inwardly to look to decolonize themselves, as well as apply their knowledge and passion toward creating a sustainable model that AUSU can use to move forward with Indigenous student leadership opportunities within our organization.”

The Committee’s vision is “to incorporate Indigenous self-determination, ways of being, and recognition of the emotional labour and resilience that is needed for Indigenous students in a colonial educational environment.  These are the steps forward that we need to take to begin dismantling colonial structures that inherently place barriers on the path of accessing post-secondary education – both at AU and beyond.”

She concluded, that “Ultimately, the vision that inspired this journey for AUSU was the idea that we need both a dedicated Indigenous student representative as well as an Indigenous student circle that are formed on the basis of self-determination.”

The terms of reference are being intentionally left open, as a way “to give the committee room to explore and create models and frameworks that are innovative and inclusive.  This may include changes to AUSU policy and bylaws, as needed.”

Natasha believes that the response from both AU and AU students “has been overwhelmingly positive.  There is a general feeling that this is something we should do, and something we should do well.  I’ve also been met with only positive feedback from AU when talking about this idea.  Generally speaking, I think this is viewed as a positive opportunity for our organization to impact society in a very important way.”

A call for a member-at-large has been issued, with applications on the AUSU website, social media, and newsletter.

When asked about the plan to send Indigenous representatives to CASA, Natasha briefly explained that CASA “is the federal lobby group that AUSU is a member of.  Each year, we attend conferences to set goals and strategize for federal advocacy.”  A few years ago, a need for CASA “to start the decolonization and conciliation process” was identified, leading to the formation of the National Indigenous Advisory Committee after months of work by Director-at-Large, Emelyana Titarenko.

Natasha stated, “I was able to help support this work, and I was a member of the committee last year as well as this year.  This committee is so important to the education and understanding of CASA delegates, the culture of CASA as an organization, as well as how we are able to lobby for the needs of Indigenous students.

“While it’s been amazing to sit on this committee, I don’t want to leave it up to chance that a member of our executive team or council identifies as Indigenous and is able to then attend CASA on behalf of AUSU in that capacity.  Rather, I think it’s important to create a role within our organization that equates to both an opportunity for a student to join student leadership and to advocate for needs that they may be passionate about by way of their own lived experiences.  Inserting this consistent voice into CASA through AUSU will both strengthen our federal lobby group as well as our organization, especially when we look at the big picture holistically.”

Natasha spoke briefly about the creation of a position policy detailing specific AUSU advocacy to better support Indigenous students, in addition to “initiatives the university and governments can work toward as well.”

She mentioned that during executive meetings, a great deal of discussion takes place “about colonial structures and approaches to governance, and where we can see opportunities to start to break down some of those systems that create barriers to Indigenous and non-Indigenous students alike.”

Although many meetings in Canada now begin with traditional land acknowledgements, including AUSU, Natasha stated, “this is simply a recognition piece that is often used by organizations as a token Indigenization effort.  It is not the indicator for meaningful change.”  Instead, she believes, “Land acknowledgements are only effective if we, as individuals and collectively, can reflect inwardly and understand our connection to the land as a society and what that means for the Indigenous Peoples whose ancestors were the original care-takers for the land we all reside on today, pre-colonial contact.  This connection is important, and also underscores some of the more pertinent issues within society surrounding climate change and environmental preservation.”

Finally, Natasha mentioned AU’s Nukskahtowin Plan, stating, “I think it’s so amazing that this plan has been unveiled recently and more steps are being taken to hear both Indigenous and non-Indigenous voices when we talk about what it means to Indigenize our institution and provide community support.  The plan incorporates consultations with community members at AU, including students.  We are excited to be able to help bring more Indigenous and non-Indigenous student voices to the table in this exciting time.”

When asked about AUSU’s recent efforts to increase social inclusion considering the Black Lives Matter Movement, as well as Pride Month, Natasha stated, “The executive team at AUSU is passionate about social inclusion.  Speaking for myself, I reflect daily on social issues such as systemic racism and violence that Black, Indigenous, and Racialized People face on a daily basis.  Decolonizing the self is an important part of personal growth for me, and my personal efforts in this regard influence my work externally.  This has led me to advocate for marginalized groups to the best of my capability.  I try to bring this perspective to all my interactions, and consider all types of people when discussing issues at AU and AUSU.”  She continued, “As a team, we speak a lot about social issues and how we can be leaders in creating systems and culture that is accessible and comfortable for everyone in non-performative ways.  As AUSU continues to grow thanks to the efforts of our past executive leaders and councils in building a solid foundation for our organization, we have plans to continue our work in Equity, Diversity, and Inclusion, advocacy for students who are Black, Indigenous, or other Racialized People, advocacy for students with disabilities, and support and advocacy for students in the LGBTQ2S+ community.  I know that our other executives, Monique and Stacey, will have more to say on those topics!”

As a final thought, Natasha stated that AUSU’s executive has recently put together their 2020/2021 work plans, to be approved in July.  She stated, “We have already presented these plans to AUSU council and will need to now apply timelines to these plans.  These work plans essentially form the basis of our year ahead, and they include a number of initiatives to advocate for social issues within AU and by extension the greater society, as well as take on projects and tasks with our organization as well.  We continue to look to how we can continue to make meaningful change as well as identify those who need our advocacy and support.”

Students who would like to find out more, or have any questions, comments, or feedback are welcome to contact Natasha at president@ausu.org.